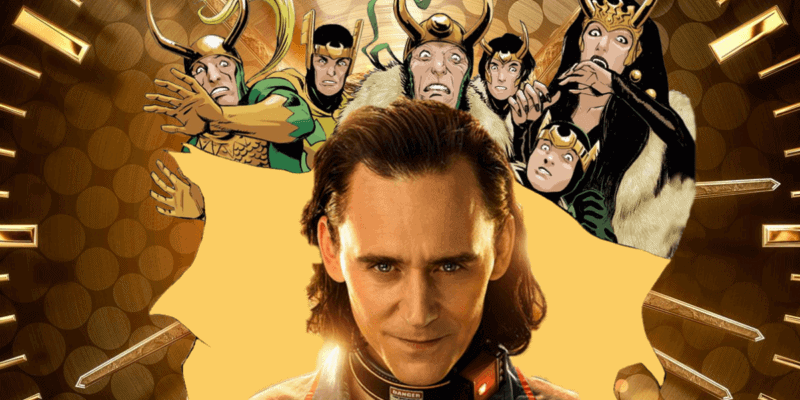 Tom Hiddleston finally took the leading role with the God of Mischief in Marvel’s Loki, now streaming on Disney+. But what other variants of the Loki could show up in the original series?

In Marvel Comics, characters are rebooted, reimagined, or reintroduced on an endless cycle. There are even too many versions of Loki from the comic books to list off, and any or all of them could appear in Marvel’s Loki. And Marvel Studio boss Kevin Feige has all but guaranteed that the MCU will be introducing new Loki variants for the titular character to encounter.

With a trickster character like Loki Laufeyson some may be good, but most will be villains. Having Tom Hiddleston’s Loki confront alternate, worse variants of himself could help on his path of redemption. Marvel fans will remember that the version of Loki in the Disney+ series is not the one that was redeemed in Thor: Ragnarok (2018) and was killed by Thanos (Josh Brolin) in order to save his brother Thor (Chris Hemsworth) during Avengers: Infinity War (2018)

This is the one who escaped with the Tesseract AKA the Space Stone during the Time Heist in Avengers: Endgame (2019) right after his defeat during the Chitauri Invasion in Avengers (2012). And without the death of his mother Frigga (Rene Russo) in Thor: The Dark World (2013) the Frost Giant Prince will need a new shove in the right direction — which could come from another Loki variant.

Related: Tom Hiddleston Talks Loki: Who He Was and Who He Could Become

In 2005, Robert Rodi and Esad Ribic wrote a mini-series about a version of Loki who got his greatest desire. He defeated his brother Thor, the God of Thunder, and became the King of Asgard. He demanded fealty from all the nine realms, but Hela — who is not his sister in the comic books — demanded Thor’s soul.

In the end, Loki could not kill his brother and ultimately the series ended returning Asgard back over to Odin and his son. The series was later adapted into a motion comic called Thor & Loki: Blood Brothers. In Loki’s work with the Time Variance Authority, seeing a variant of himself who got all he ever wanted but gave it up for Thor could help redeem this version of Loki.

He is possibly the most likely variant behind the crimes that Mobius and Loki are investigating. Mobius even hints to this when he calls Loki “the King of Space”.

Lady Loki is a fan-favorite version of Loki from Marvel Comics. She first appeared in Thor Vol.3 #5 in 2008 written by J. Michael Straczynski. How the Lord of Lies found himself in a woman’s body is naturally complicated. Loki essentially took over the body meant for Lady Sif, who was played by Jamie Alexander in Thor (2011).

This Loki variant has the same personality as the male God of Mischief and can sometimes be evil or altruistic. After her initial run, Lady Loki was not seen again until Loki: Where Mischief Lies, written by Mackenzi Lee. The young adult novel made Loki’s pansexuality and gender fluidity canon.

Recently, Marvel seemed to have told retailers to rush order more copies of “Lady Loki: Mistress of Mischief” the collection of her first appearance which seemed to tell fans she would appear in Loki. Some believe they have even spotted her in the trailer leading up to the premiere of Marvel’s original TV series.

Kid Loki and his story of death and rebirth surely inspired some of what Marvel fans can expect from Loki. He first appeared in Thor #617 by Matt Fraction, but his best development took place in Kieron Gillen’s run on Journey Into Mystery.

After Loki’s death — and his tragic last words of, “I’m sorry, brother”  —  Thor missed his brother despite his villainy and found him reborn as Kid Loki, without any of his previous memories. Thor brought him back to Asgard, but the young Loki faced backlash for the actions of his previous version and eventually left and become a Young Avenger.

The Kid Loki variant was later tempted by the evil older version of himself, who had his name removed from the Book of Hel, so he could be reborn. If Kid Loki ever died, the evil version of Loki could take over. The spirit of that version lived in Kid Loki’s magpie, Ikol.

A President Loki variant has been confirmed in the trailer, but Marvels who are only familiar with the Marvel Cinematic Universe might not be familiar with what to expect from this Loki variant. He is based on a short four-issue long run called Vote Loki, which was published in 2016 as satire during the United States Presidential Election.

Written by Christopher Hastings, the story centered around the God of Lies tipping his hat into the ring as the Commander in Chief as Daily Bugle reporter Nisa Contreras tries to persuade the American people not to vote for the Marvel Universe’s most mischievous villain. In the end, Loki suggests that his entire insane campaign was to help bolster Nisa’s career, so she could root out corruption in the US Government.

Some MCU fans will say that the Loki variant starring in the Loki series is the same as the evil version from the comic books, but a Marvel Comics accurate adaptation of the God of Mischief would be a lot more vicious.

He not only tortured Thor and the other Asgardians throughout Marvel Comics history, he even created more villains who went on to do terrible things, like the Absorbing Man/Carl “Crusher” Creel. Overall, in the comic books, he is much less redeemable than his silver screen counterpart.

The evil version of Loki went on to do many terrible things, including killing Kid Loki to take over his body — though they eventually merged and were reborn as the God of Stories, who is the modern version of the character.

Loki, God Of Heroism And Truth

The best version of Loki is one from yet another alternate reality in the Marvel Comics. Scarlet Witch has once again rewritten reality in a series called AXIS.  She switched the morality of many Marvel characters, making Thor the villain and Loki the hero.

In AXIS, Loki works alongside other villains to stop Scarlet Witch and set reality back to how it should be. He picks up Thor’s Hammer and becomes the God of Heroism and Truth. I doubt the version of Loki who has not been redeemed with have mixed feelings if he ever encounters this variant of himself. He wants Thor’s powers, but he is certainly not the hero.

The design of the God of Stories version of Loki is based on Tom Hiddleston and he more closely walks the line of mischievous rather than villainous. He was created when the heroic version of Kid Loki sacrificed himself and the evil version of Loki tried to take over. The result was this new version of Loki.

He tries to be heroic, sometimes goes about it all wrong, or makes mistakes. He becomes the Agent of Asgard and the All-Mother sent him on missions that require a subtle touch that Thor simply does not have. The God of Stories is a new take on the God of Lies, though he still does lie — and cheat and steal.

It seems like Loki could be leading the Asgardian to take on this mantle. After Tom Hiddleston’s first appearance in the Marvel Cinematic Universe and the way that the fan base fell in love with him, the comics have been setting up this twist.

Loki is rumored to be a part of the upcoming Marvel movie Doctor Strange in the Multiverse of Madness (March 22, 2022) and it would be interesting to see him be on the side of good and Scarlet Witch as the antagonist. Perhaps’s Owen Wilson’s character Mobius M. Mobius of the Time Variance Authority could be a good influence on the trickster.

The new Loki series will be airing Wednesdays on Disney+ and is the third Marvel Studios original series to hit the streaming platform, so be sure to catch up on WandaVision and The Falcon and the Winter Soldier.

What other versions of Loki do you think could show up in the Loki series?

Comments Off on The Greatest Loki Variants in the Marvel Universe