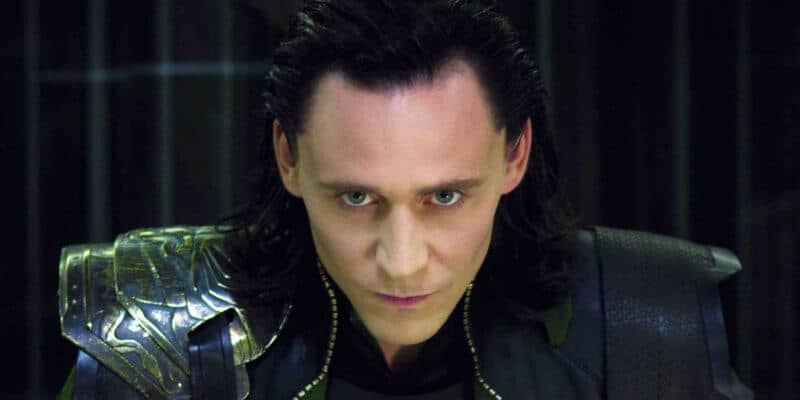 You might think you know a lot about the God of mischief. However, have you ever wondered, “how strong is Loki”?

It’s an interesting question. Thor’s brother doesn’t tend to use his brute strength very often, and he doesn’t seem to be on the level of Captain Marvel, Scarlet Witch, or the God of Thunder himself.

That’s not to say he isn’t strong, however. Loki is interesting for preferring to outwit his opponents, unlike Thor. Let’s dive into how strong everyone’s favorite trickster is, in both brains and brawn.

Loki‘s physical strength compared to other characters in the MCU

How strong is Loki?

Let’s talk about the Marvel Cinematic Universe version of Loki. In the MCU, Loki is shown to be pretty tough. The Tom Hiddleston version of the character is still a Frost Giant who has been bought up as a member of Asgardian royalty. Remember, that Loki is actually not the biological son of Odin and Frigga, but Laufey the Frost Giant. As such, when he’s exposed to Frost Giant magic, his real (blue) skin appears.

With that in mind, it’s easy to see why Loki is so strong in the Marvel Cinematic Universal. He possesses the powerful alien physiology of the giants, combined with his own Asgardian magic. Notably, he is far stronger than an average human and has been seen going toe-to-toe with super soldiers like Captain America. Perhaps we’ll even see the new timeline Loki go up against super soldier Bucky Barnes and the new Captain America, Sam Wilson, in the next season of The Falcon and the Winter Soldier. We would definitely need to re-address the “how strong is Loki” question at that point.

It remains to be seen how strong the character is in the Avengers video game, as he only has a fleeting cameo appearance.

How does the Marvel character Loki compare to the original myths of Loki in terms of strength?

Yes, the MCU series is based on the Marvel comics. But did you know that the Thor, Loki, and Odin of the comics are actually based on real-life Norse mythology? There isn’t an infinity stone in sight and no mention of any aliens like Thanos.

However, the Loki of the mythology does carry many similarities to his comic character counterpart. Notably, he retains the ability to change his form and takes on different shapes and sexes. Additionally, he is immortal and can manipulate fire at will. In regards to his brute strength, it seems to be on a different level to his comic-book counterpart. The mythological Loki could’ve seemingly smashed Thanos in a second, as his powers are more reminiscent of Superman. According to his powerset on the villain’s fandom wiki;

‘Though not to the same level as Thor’s, Loki nevertheless displayed enough brute force to cause earthquakes with his bare hands, as shown when he tried to break free from his bindings during his fateful imprisonment’.

How strong is Loki compared to Thor?

Speaking of Thor, Marvel‘s interpretation of the character is also weaker than his mythological counterpart. However, as we’ve pointed out before, Thor is one of the most powerful heroes on Earth.

So, how does the God of Mischief compare? Well, much like in Norse mythology, Loki is nowhere near as strong as Thor. In Thor: Ragnarok (2017), we saw the God of Thunder finally tap into his inner strength as he took down hordes of his sister Hela’s minions. However, it was only in Avengers: Infinity War (2018) that we finally witnessed Thor at his most powerful. He was single-handedly able to withstand the force of a neutron star as he helped Eitri create Stormbreaker; the magic weapon powerful enough to kill Thanos.

Tom Hiddleston’s Loki may be strong. But he’s nowhere near the level of Thor in terms of durability and brute force.

Loki‘s other abilities in the MCU

What kinds of magic does Loki yield?

Loki would definitely have 100 skill points in magic if he was playing The Elder Scrolls V: Skyrim. This Norse God has mastered the art of Asgardian magic and possesses several incredible abilities. He is only rivaled by the best in magic-users in the Marvel universe such as Doctor Strange.

However, now that WandaVision has hinted that Scarlet Witch may be even more powerful than the Sorcerer Supreme himself, it seems likely that Wanda Maximoff (Elizabeth Olsen) can also match Loki‘s magical prowess.

In terms of his magical abilities, however, we’ve seen him pull out a variety of cunning tricks. Loki has been shown to have the power of telekinesis, conjuration, shapeshifting, and illusion, just to name a few. It’s certainly fooled his brother Thor on more than one occasion. As he once said; ‘Are you ever not going to fall for that?’

The Avengers also shows him wielding the might of an Infinity Stone; making him even more powerful. Some fans believe that the power of the Mind Stone in Loki‘s scepter is what turned him so ruthless during this film. It’s true that many fans of this Marvel character would mellow out during the events of Thor: The Dark World (2013) and Ragnarok, before dying as an anti-hero trying to take down Thanos in Avengers: Infinity War.

What other powers besides magic does Loki possess in the MCU?

How strong is Loki without his magic? Still pretty darn tough. As mentioned, the God of mischief is both durable and strong in the Marvel Cinematic Universe. His Frost Giant strength has severed him well. It took the strength of a Titan (Thanos) to finally kill him off.

However, Loki also possesses other abilities that position him as a very powerful character. Notably, he displayed extreme reflexes during the Battle of New York in The Avengers (2012). Fans will recall a moment where Hawkeye (Jeremy Renner) fires an arrow directly at his face. The Avenger was clearly no match for a God as he catches it at point-blank range, while on the move, and several hundred feet in the air. Woah.

Furthermore, Loki possesses many additional skills that make him deadly in most forms of combat. He’s most obviously a genius, who excels at outwitting his opponents or manipulating them into doing his bidding. However, The Avengers also demonstrates his proficiency as a pilot, marksman, and hand-to-hand fighter. He was able to incapacitate Thor and threw Tony Stark / Iron Man out of a high window.

It’s pretty well established that Loki prefers to use his brain over his fists. Though he’s very strong in his own right, he isn’t stupid. Rarely does Tom Hiddleston’s God attack a foe he knows he can’t beat head-on. Diplomacy and deceit are far more Loki‘s forte, as demonstrated when he tried to stab Thanos while pretending to align with him at the beginning of the Infinity War.

How strong is Loki? Right now, he might not be the toughest character. But wait until we start seeing his alternate versions in the MCU. Notably, Loki may join the currently short list of LGBTQ characters, as the series may cast the first transgender character in an MCU movie/tv series.

Who is the strongest version of Loki in the Marvel comic books?

Who is the strongest version of Loki besides Necrogod Loki?

We’ll get to Necrogod Loki in a moment because he really redefines the “how strong is Loki?” question. However, aside from this crazy powerful character, Loki comic books have introduced some pretty wild versions of the God of Mischief.

However, for our money, Sorcerer Supreme Loki is a no-brainer. During the events of Doctor Strange #381 – 385, Thor’s brother was briefly endowed with all of the powers of the Sorcerer Supreme, making him arguably more mighty than he’s ever been. This didn’t exactly sit well with Doctor Strange, who was left powerless on Earth, working as a veterinarian.

It was especially insulting as Doctor Strange actually won the title during a tournament that tested the abilities of magic users from around the universe. The organizers decided that the Sorcerer Supreme should no longer be a mortal from Earth. With Loki‘s magic and his status as both a God and a wizard, he was given the abilities.

Related: The Winter Soldier is No More (What’s Next?)

Now we’re talking powerful versions of Loki. When the question of “how powerful is Loki” comes up, fans usually point to this version of the character. For those who don’t know, Nercrogod Loki is a future version of the God who devoured Ego (yes, that Ego) and obtained the mythical power of the “all-black”.

Over the course of his reign of terror, he takes multiple hits from Mjolnir, took out the Sun, and defeated Old King Thor. Yikes. However, he was eventually stabbed in the back by Gorr the God Butcher.

Who is the weakest version of Loki?

Unfortunately, it’s probably the MCU Loki who is in fact the weakest variant of the God of Mischief. Loki‘s magical abilities may be intact, but it is laughable to think of him as comparable to Doctor Strange as a sorcerer.

Additionally, we’ve seen him bested by non-powered humans such as Iron Man and the enhanced Captain America. Many versions of Loki have god-level abilities similar to Thor or Ego, but for the sake of a good narrative, the character had to be nerfed. However, this by no means makes him a bad character.

Famous strength-based competitions with Loki in the Marvel comic books

Which heroes has Loki fought in the Marvel comic books?

Loki has brawled with only a handful of heroes in the Marvel Cinematic Universe, as he was only the primary antagonist in The Avengers.

However, in the comic books, Loki has come up against the Avengers several times, which has extended to interactions with other heroes from the wider Marvel universe.

How would Loki fare in a fight with Doctor Strange?

Many articles have already touched on this notion, and most conclude that Doctor Strange is likely the superior foe. However, it does depend on which version of each character you’re talking about. For example, Necrogod Loki could wipe the floor with most versions of the good Doctor.

If we’re talking purely about the MCU, however, it’s quite an obvious answer. Even with the power of the Mind Stone in his scepter, the Sorcerer Supreme is one of the most powerful Avengers and more than a match for this Asgardian Frost Giant.

However, we still love Loki. He’s responsible for some of the best MCU moments ever, including an iconic exchange with Iron Man in The Avengers.

You can answer the question of “how strong is Loki?” for yourself during the series premiere of Loki on June 9th, exclusively on Disney+.

Check out the new Loki trailer to catch up on how the new series is looking.

Comments Off on Powers You Didn’t Know Loki Had