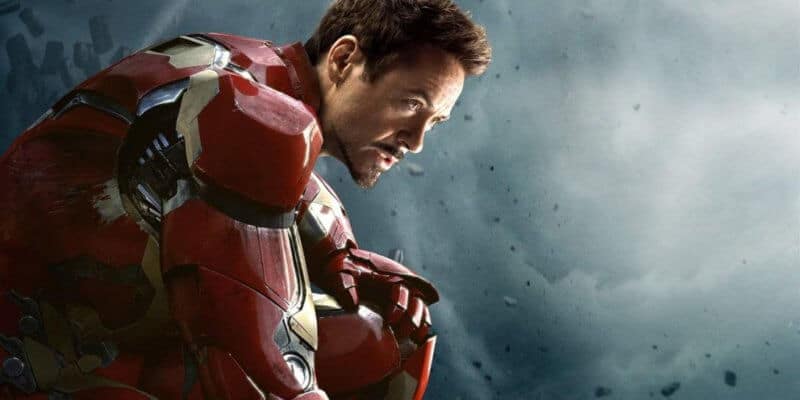 The Marvel Cinematic Universe has created some spectacular movies, translating what was once a comic into an action-packed film that always has audiences flocking. Arguably, one of the biggest and most important characters in the MCU is Iron Man, played by the incomparable Robert Downey Jr.

Beginning in 2008, Robert Downey Jr. portrayed Tony Stark/Iron Man in Iron Man, Iron Man 2, The Incredible Hulk, The Consultant, The Avengers, Iron Man 3, Avengers: Age of Ultron and Captain America: Civil War, Spider-Man: Homecoming and Avengers: Infinity War and Avengers: Endgame. If you watched Avengers: Endgame, you know that Downey has hung up his suit and that he loves us 3000.

After 10 years of playing one of the leading heroes in the MCU, Downey has had lots to reflect on. During an interview with Stephen Colbert, Robert Downey Jr. broke down what it was like to play Iron Man and be in charge of not only Stark Industries — but the state of the world in a movie franchise that has such an epic fandom.

Like Star Wars, the MCU was able to take their fans on a journey over many years, and grow up with them — and that is something Downey is proud to be a part of. He noted, “The greatest joy was being able to experience it by playing it”. Downey went on to say:

“It was all there in the universe to begin with, and that’s why I think the Marvel comics have been so numinous to kids and grownups and people. There’s this love for it because it speaks to the world but it also speaks to the democratic American projected dream, which is far more complicated than that (laughs), but there’s an ideal there that’s always been trying to express itself, and strangely, in some ways the best of it has been expressed in these little two-hour segments of entertainment.”

You can watch more of the interview here!

“I can relate to Tony Stark a lot by the time I played him.” – @RobertDowneyJr #LSSCSuperBowlSpecial pic.twitter.com/xZLL83uNzz

Is Downey Done with Disney?

Disney owns so much IP and has attained various acquisitions that to say Downey will never return to Disney is absurd. No projects have been discussed, but it surely is a door that remains open for the actor. Most recently, Disney fans have been wanting to see Avenger Downey in a Mandalorian spin-off series.

Related: We Now Know if Marvel Will Use A CGI Chadwick Boseman for’ Black Panther 2′

As we have previously reported, Lucasfilm has confirmed three spinoff series after the success of The Mandalorian Season 2. The series are Ahsoka, Rangers of the New Republic, and The Book of Boba Fett.  Through social media, fans have been asking Favreau and Filoni to give RDJ the role of Grand Admiral Thrawn in Ahsoka, which is likely to expand upon Ahsoka Tano’s (Rosario Dawson) storyline from The Mandalorian Season 2, Episode 5 (“Chapter 13: The Jedi”).

What is next for the MCU?

Although saying goodbye to Iron Man was tough, we are lucky to have so many more stories to fall back on within the MCU.  WandaVision is currently streaming on Disney+ and is the latest sensation among Marvel fans.

Are you Team Downey? Do you wish Robert Downey Jr. would come back to the MCU one final time? Or are you happy with his ending?