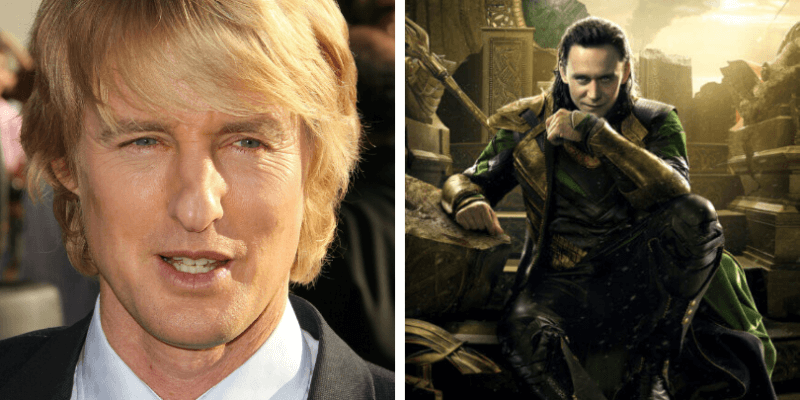 Another popular actor will join the ranks of the Marvel Cinematic Universe. Owen Wilson has now joined the cast of Marvel Studios’ highly-anticipated Disney+ series, Loki. But the details of Wilson’s character remain confidential. Disney has no comment on the casting.

What we know about Loki so far:

1. What Kevin Feige has confirmed:

The Disney+ series about the Norse god of Mischief will follow his misadventures after stealing the tesseract in the alternate universe created during Avengers: Endgame. Kevin Feige also mentioned that the Loki series will have a direct connection to Marvel’s upcoming film, Doctor Strange in the Multiverse of Madness. Also, being cast in a Marvel Disney+ series as either a new or established character sparks potential for further use in Phase 4 of the Marvel Cinematic Universe.

Owen Wilson is a known comedic actor. Yes, he’s proven himself in dramatic roles–most significantly in the film No Escape–but Wilson has built his reputation around comedies such as Wedding Crashers. Having him in a major role as a cast suggests, even more, that there will be a strong comedic element. Now, Tim Hiddleston proved himself a comedic actor as Loki, especially in Thor Ragnarok.

Wilson’s very laid back vibe compared to Tom Hiddleston’s uptight portrayal of Loki makes this writer think of the mismatched duo moviegoers got whenever Wilson played opposite Ben Stiller. Replace Stiller’s neurotic, high energy personas with Hiddleston’s dry wit and desire to remain as calm and composed as possible, and there’s the potential for some unforgettable exchanges between him and whatever Wilson’s character ends up being.

Schedule of other Marvel Disney+ Projects

Loki is just one of the plethora of fun and highly-anticipated Marvel projects heading for Disney+. In the second half of 2020, we will get The Falcon and The Winter Soldier followed by WandaVision. Loki is then scheduled to premiere in Spring 2021 followed by What if? in Summer of that year, and Hawkeye later in the fall. Ms. Marvel, Moon Knight, and She-Hulk are also in the early stages of production with their sights set on Disney+.

What do you think about Owen Wilson joining the cast of Loki? What character would you want to see him play? Let us know in the comments!