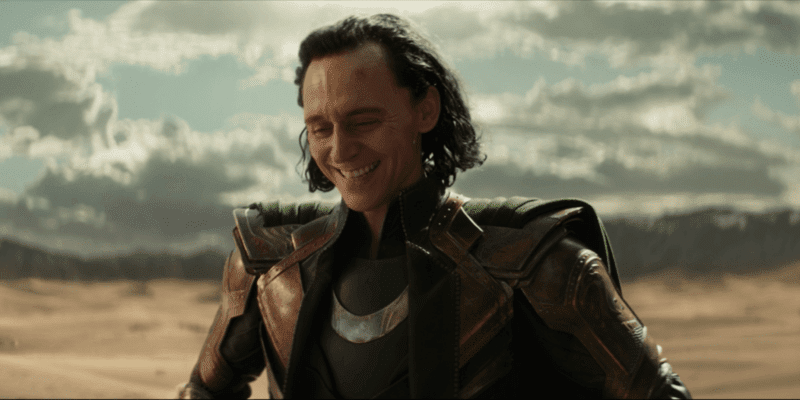 There is nothing quite like Kevin Feige’s Marvel Cinematic Universe. Arriving on our screens way back in 2008 with a relatively unknown character called Iron Man, the MCU has gone on to take the world by storm. With Phase 3 wrapped up, Phase 4 launched this year with a smattering of new series.

After WandaVision and The Falcon and the Winter Soldier, Marvel’s latest small-screen outing is Loki. The series follows a 2012 incarnation of the infamous God of Mischief and after only three episodes — and many years of wondering — Loki‘s director just confirmed the trickster’s sexuality in the MCU canon.

Loki marks the third installment in the MCU’s Phase 4. While Black Widow (2021) was meant to launch the next chapter in Marvel Studios’ mega-franchise, due to the pandemic it was repeatedly pushed back. Fans instead got the genre-bending WandaVision starring Elizabeth Olsen and Paul Bettany as returning characters, Wanda Maximoff/Scarlet Witch and Vision, respectively.

Phase 4 continued with Anthony Mackie’s and Sebastian Stan’s The Falcon and the Winter Soldier which saw Mackie’s Sam Wilson/Falcon finally take up the mantle of Captain America. Each show has tackled new elements of the Marvel Universe, all the while capturing the unique enthusiasm and spirit of each of its blockbuster outings.

Loki premiered on June 9, shifting from the original Disney+ new show launch day of Friday to Wednesday. Loki‘s unprecedented success has led to a huge shift for the worldwide streaming service — the Marvel show made the biggest opening ever for an original television series on the Disney platform.

Originally inspired by Norse Mythology, the comic book character Loki made their live-action debut in Thor (2011) as the son of Odin (Anthony Hopkins) and the brother to Chris Hemsworth’s Avenger, Thor. Loki returned in the Thor follow-ups — Thor: The Dark World (2013) and Thor: Ragnarok (2017). The character was killed off by the villain, Thanos (Josh Brolin), in Avengers: Infinity War (2018) but the new Loki series brings the fan-favorite back to life via time travel.

Hiddleston returns as Thor’s brother, the eponymous God of Asgard, along with MCU newcomers — Owen Wilson’s character Mobius M. Mobius, and Gugu Mbatha-Raw as Ravonna Renslayer, among others. In short, the series follows a Variant version of Hiddleston’s Loki as he is captured by the Time Variance Authority (TVA) after escaping New York with the Tesseract and altering the Sacred Timeline. It turns out, there is another Variant Loki running amok throughout the Multiverse and the character must aid the TVA to restore balance to the universe. Where’s Luis when you need him?

Spoilers ahead for Loki Episode 3, “Lamentis”

After Marvel fans got their first sighting of the second Loki Variant — it turned out to be Sophia Di Martino’s, Lady Loki –, this week’s episode sees Hiddleston’s Loki finally come face to face with the destructive God. Despite all the excitement and rousing adventure of the series so far, “Lamentis” marked a huge moment for the MCU when it finally confirmed Loki’s sexuality.

A few weeks ago, Loki was revealed as gender-fluid in the MCU canon, going on to cement what has long been featured in the Marvel Comics. However, this week saw Loki’s sexual orientation confirmed as bisexual. Loki director, Kate Herron — who also recently shared that the season finale of Loki had been sent to Disney+ — took to Twitter to express her excitement of bringing this part of Loki’s character to the MCU canon.

From the moment I joined @LokiOfficial it was very important to me, and my goal, to acknowledge Loki was bisexual. It is a part of who he is and who I am too. I know this is a small step but I’m happy, and heart is so full, to say that this is now Canon in #mcu #Loki

From the moment I joined @LokiOfficial it was very important to me, and my goal, to acknowledge Loki was bisexual. It is a part of who he is and who I am too. I know this is a small step but I’m happy, and heart is so full, to say that this is now Canon in #mcu #Loki ??? pic.twitter.com/lz3KJbewx8

The way Marvel has confirmed Loki’s sexuality in this specific way — that is, on the Disney+ show where the director also identifies as bisexual — is further evidence of Disney’s commitment to telling diverse stories using diverse creative talent. This marks a huge step for the MCU with Loki now the franchise’s first on-screen bisexual character. The Marvel Universe will feature its first openly gay character too later this year when Brian Tyree Henry stars as Phastos in Chloé Zhao’s Eternals (2021).

With this huge confirmation, Marvel fans have fled to social media to express their excitement and love for Loki and Herron.

WHEN I TELL YOU I STARTED SCREAMING AND CRYING JEBRGIUGHW4EIGFV24KJEFBI FINALLY SOME BISEXUAL REPRESENTATION. THEY MADE LOKI CANONCIALLY BI.

// #loki spoilers
–
–
WHEN I TELL YOU I STARTED SCREAMING AND CRYING JEBRGIUGHW4EIGFV24KJEFBI FINALLY SOME BISEXUAL REPRESENTATION. THEY MADE LOKI CANONCIALLY BI. pic.twitter.com/FHPxifZVvJ

#loki spoilers
–
–
–
–
LOKI AND SYLVIE BOTH GOT CONFIRMED TO BE BISEXUAL THIS IS THE BEST DAY OF MY LIFE pic.twitter.com/T33FYd8ce6

#Loki being a confirmed bisexual is the greatest gift the MCU has ever given me.

#Loki being a confirmed bisexual is the greatest gift the MCU has ever given me. pic.twitter.com/wWyKi82YH1

With this huge step forward for the MCU, it could be the time that Marvel’s superheroes start becoming even more diverse. The endless supply of comic book content — from which many of the MCU’s stories are pulled — might pave the way for more on-screen inclusion when it comes to race, sexuality, and gender identities.

Loki is rumored to make an appearance in the Doctor Strange sequel, Doctor Strange in the Multiverse of Madness (2022) but these reports are yet to be confirmed. For now, the new series is streaming every Wednesday on Disney+.

Are you excited to see more Variants of the trickster god in the MCU? Let us know in the comments!