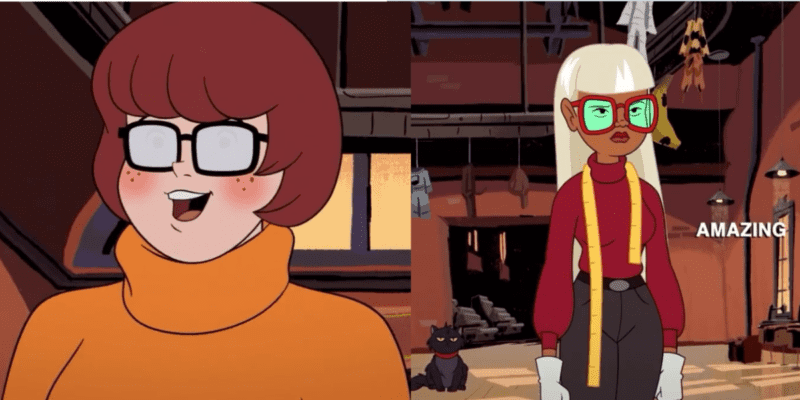 Mystery, Inc. is back and better than ever! In Trick or Treat Scooby-Doo!, Velma, Shaggy, Daphne, Fred, and Scooby-Doo must come together to save Halloween – before it’s too late.

Related: You Can Stay In Scooby-Doo’s Legendary Mystery Machine For $20

This is far from the first Scooby-Doo installment from Warner Bros Animation Studios, but it’s causing quite the stir among fans online! For the first time on the big screen, Velma Dinkley is canonically gay. @scoobyhistory shared a clip of Velma first meeting her crush, Coco Diablo, on Twitter:

In a scene shared by @MythicalLlamaXO, Velma admits to Daphne that she has a crush on Coco:

Also here’s the part where she actually admits it 🥲🥲

Also here’s the part where she actually admits it 🥲🥲 pic.twitter.com/nyA3toBz80

this my fave scene of her !!

this my fave scene of her !! pic.twitter.com/V07OfY1nsS

According to Variety, it has long been an open secret that Velma is a lesbian. Writer James Gunn tried to incorporate the character’s sexuality in the early-2000s live-action Scooby-Doo films, starring Linda Cardellini as Velma. However, executives watered-down Velma’s sexuality and even gave her a boyfriend in the sequel.

Related: Disney Exec. Commits to 50% of Characters Being “LGBTQIA and Racial Minorities”

“I’ve said this before, but Velma in ‘Mystery Incorporated’ is not bi. She’s gay. We always planned on Velma acting a little off and out of character when she was dating Shaggy because that relationship was wrong for her and she had unspoken difficulty with the why. There are hints about the why in that episode with the mermaid, and if you follow the entire Marcie arc it seems as clear as we could make it 10 years ago. I don’t think Marcie and Velma had time to act on their feelings during the main timeline, but post reset, they are a couple. You can not like it, but this was our intention.”

Trick or Treat Scooby-Doo! is streaming now and will air on October 14 and 15 on Cartoon Network.

More on Trick or Treat Scooby-Doo!

Mystery Inc. has cracked the case to top all cases! They’ve tracked down Coco Diablo, the head of the notorious costume crime syndicate that colludes The Black Knight, Space Kook and the Ghost Diver. With Coco and her kitty in prison, Mystery Inc. thinks that they can finally enjoy a break. Wrong! Suddenly, menacing doppelgänger ghosts of the Scooby crew and favorite classic foes show up in Coolsville to threaten Halloween. Now it’s up to the meddling kids – and their unlikely new partner Coco – to unmask the latest scoundrel and save Halloween! For Shaggy and Scooby-Doo, with trick-or-treating on the line – this time it’s personal!

What do you think of Velma’s character development?