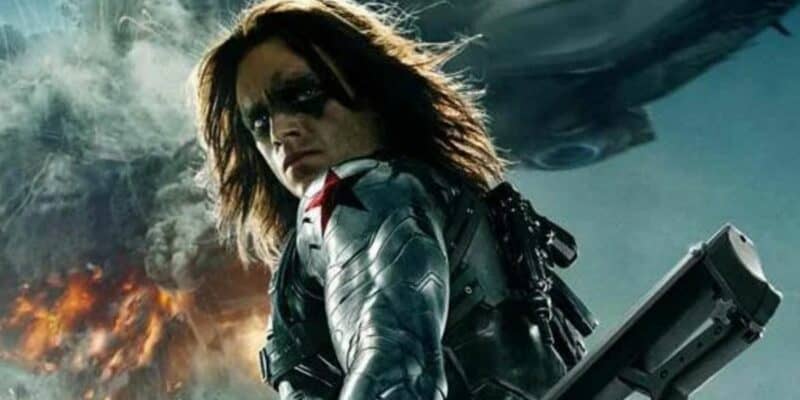 Marvel Studios’ latest series on Disney+, What If…? has been exploring alternate timelines in the wake of the stunning finale of the Loki series. Now that the Marvel Multiverse has finally arrived the new animated series can take Marvel fans on paths that they never expected.

The alternate reality that is shown in the latest episode “What If…The World Lost Its Mightiest Heroes?” featured “one small change” that created this reality. However, MCU fans were quick to figure out the secret that they were not shown.

Spoilers for Marvel’s What If…? Episode 3 “What If…The World Lost Its Mightiest Heroes?” Below

However, in Marvel’s What If…? everything takes a terrible turn as, one by one, Earth’s Mightiest Heroes fall to an unseen foe. It starts with Tony Stark AKA Iron Man (voiced by Mick Wingert and not Robert Downey Jr.) being poisoned. Natasha Romanoff AKA Black Widow (voiced by Lake Bell and not Scarlett Johansson) is framed and goes on the run.

Then Thor (unvoiced) is killed, and Clint Barton AKA Hawkeye (Jeremy Renner) is framed, only to later be found killed in SHIELD custody. As Natasha goes to collect Bruce Banner AKA The Hulk (Mark Ruffalo), he is murdered before her eyes. She has just enough time to figure out the culprit and sends Nick Fury a cryptic clue: “It’s all about Hope”.

It comes at the perfect time because Loki (Tom Hiddleston) is threatening to destroy the Earth to get revenge for Thor’s murder – though he doesn’t appear as upset as Lady Sif (Jamie Alexander). And Fury is able to put together that the killer is the original Ant-Man himself – Hank Pym (Michael Douglas) getting revenge for the loss of his daughter Hope Van Dyne AKA Wasp.

And Loki puts a stop to Hank’s murder spree – the closest the MCU will bring Hank to his comic book accurate bipolar disorder which had him snap many times throughout Marvel Comics. He is even wearing the Yellowjacket suit – which he wore during a psychotic break in which he believed he had killed himself.

Loki ends up staying on Earth to fulfill his glorious purpose and rule it. Maybe there is even a run for President in his future? And the whole this ends with a cameo as Fury uncovered Captain America’s shield from Carol Danvers AKA Captain Marvel (voiced by Alexandra Daniels and not Brie Larson).

But Who Killed Hope Van Dyne?

The one small change that started it all. Unlike previous episodes where Uatu the Watcher (Jeffrey Wright) took Marvel fans back to where it started, Hope’s death is never shown. However, if you were paying attention her killer was actually revealed and it was none other than the Winter Soldier himself – Bucky Barnes (Sebastian Stan).

Nick Fury tells Hank Pym that Hope died on a mission in Odessa, Ukraine. And that should sound familiar to Marvel fans. In Captain America: The Winter Soldier (2014), Natasha (Scarlett Johansson) tells Steve Rogers AKA Captain America (Chris Evans) that she had met Bucky/Winter Soldier once before – on a mission in Odessa, Ukraine.

Natasha was tasked with escorting a nuclear engineer but was shot in the gut. She survived but it appears that in this episode of What If…? Hope Van Dyne went in her place and was not as lucky. She fell victim to the HYDRA assassin and set off the chain of events in this alternate reality.

The Marvel Cinematic Universe has always rewarded audiences that pay attention to these details. The payoffs from these Easter Eggs add a whole new layer to the MCU. And there will surely be more in the six remaining episodes of Marvel’s What If…? which stream Wednesdays on Disney+.

You can also check out more of Bucky Barnes and our new Captain America – Sam Wilson (Anthony Mackie) on Disney+. Their Phase 4 original series The Falcon and the Winter Soldier, by director Kari Skogland and showrunner Malcolm Spellman is also available for streaming. The series deals with issues of race, who deserves Cap’s shield as they take on the Flag Smasher/ Karli Morgenthau (Erin Kellyman), with the reluctant help of Baron Zemo (David Bruhl).

Share in the comments if you were able to figure out the clues that Bucky killed Hope in Marvel’s What If…?

Comments Off on Did You Miss The Secret Winter Soldier Reveal In Latest Marvel Show?