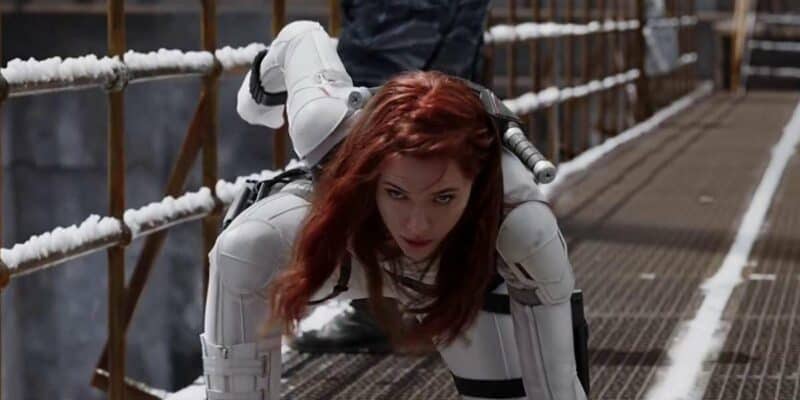 Even though Disney is seeking arbitration for the Scarlett Johanson Black Widow case, more news is still leaking through the cracks.

In case you missed it, Scarlett Johansson, a Marvel actress who has starred in nine of Kevin Feige’s Marvel Cinematic Universe films since 2010, has just had her character’s solo film, Black Widow, debut. Due to the pandemic, Disney has changed their theatrical release procedure for some films. When Mulan was released during the COVID-19 pandemic, it went to a new arm of the Disney+ streaming service, Premier Access.

Premier Access allows Disney+ subscribers to purchase viewing access for a theatrical film for $29.99, and they will have it on their Disney+ account forever. This was done to allow theatrical movies to premiere during the pandemic and is still continuing for those who may prefer to stay home but still want to see the movie when released to the public.

Black Widow ended up having a simultaneous Premier Access release alongside its theatrical release. According to Scarlett’s legal team, part of her financial revenue was based on box office success, which did not include Premier Access. Because of this, it is claimed that her contract had it noted that the film would solely have a theatrical release. Her team is now arguing that the Premier Access option may have lost Scarlett money, as some of those viewers may have gone to the theater if the at-home option was not available.

John Berlinski, the attorney for Johansson, commented on why he believes Disney does not want this legal case to remain in the public eye.

“Because it knows that Marvel’s promises to give Black Widow a typical theatrical release ‘like its other films’ had everything to do with guaranteeing that Disney wouldn’t cannibalize box office receipts in order to boost Disney+ subscriptions,” he said. “Yet, that is exactly what happened — and we look forward to presenting the overwhelming evidence that proves it.”

However, when backing up their petition, Disney’s lawyers allegedly said that the streaming sales that came from Black Widow would actually be paid out to Johansson, even if they were not obligated to do so.

Disney’s lawyers argued that Johansson would actually be paid for the revenue generated by Black Widow’s streaming sales because this makes up part of the numbers “used to calculate any additional compensation,” even though Marvel Studios was allegedly not legally obligated to do so.

As we mentioned, Black Widow is not the first film to see a Premier Access release. Disney released Jungle Cruise on Premier Access as well, which Dwayne Johnson supported. Cruella, starring Emma Stone had this simultaneous Disney+ Premier Access and theatrical release, as well.

Shang-Chi and the Legend of the Ten Rings will first be shown in theaters for a 45-day run. Kevin Feige also confirmed that Chloé Zhao’s Eternals (2021) will also have an exclusive theatrical release.

What do you think of the ongoing lawsuit between Johansson and Disney?