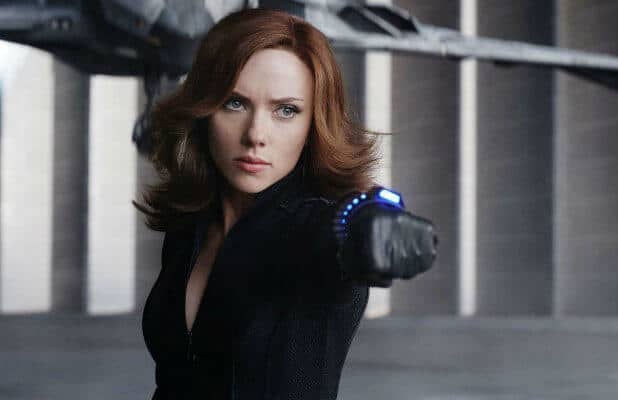 Much like her beloved Marvel character, Scarlett Johansson is not afraid to take on huge corporations. Recently, the actress launched a very public case when she sued The Walt Disney Company for reasons pertaining to the release of her solo feature film, Black Widow (2021).

Johansson’s ongoing legal battle with the Mouse House hit a new snag recently when the latter sought arbitration for the lawsuit. Now, the Black Widow star has fired back.

Black Widow has had a rather bittersweet entry into Kevin Feige’s Marvel Cinematic Universe. Arguably one of the most popular films to be hindered by the ongoing effects of the COVID-19 pandemic, Johansson’s Marvel movie finally debuted in July this year. After numerous shuffles down the MCU’s release schedule, Cate Shortland’s action-thriller saw the return of Johansson’s Avenger, Natasha Romanoff, and welcomed new characters like Yelena Belova (Florence Pugh), Alexei Shostakov/Red Guardian (David Harbour), and Melina Vostokoff (Rachel Weisz).

Set after the events of Captain America: Civil War (2016) and before Avengers: Infinity War (2018), Marvel’s Black Widow explores the dark past of Natasha’s backstory and her training at the Red Room. It also welcomed a new MCU villain in the form of the formidable Marvel Comics character, Taskmaster.

While the release of Black Widow was celebrated as Marvel’s return to the big screen, and the fourth outing of Phase 4 — WandaVision, The Falcon and the Winter Soldier, and Loki all debuted ahead of Black Widow — Disney also chose to release the blockbuster Marvel movie simultaneously on Disney+.

Many fans will know that Disney+ has grown exponentially since its inception. The arrival of exclusive Marvel and Star Wars shows, as well as most of Disney’s back catalog of animated and live-action films, has proven to be a huge success with fans of Disney entertainment. However, the release of Black Widow onto the streaming service is said to have caused the latest Marvel film suffer a huge drop at the box office.

The end of July saw Johansson sue Disney for breaking contractual agreements concerning her salary. The actress stated that part of her earnings for the MCU film was linked to its performance at the box office, but with Disney+ catering to at-home viewers, there has been controversy surrounding Disney’s choice to do so.

Since Johansson’s filing, Marvel Studios boss Kevin Feige has reportedly weighed in on the lawsuit. Last week, Disney was said to be seeking arbitration for the case — the method of closing the issue behind closed doors, before Bob Chapek publicly defended the release strategy for Black Widow. It’s safe to safe that the controversy of this case is only likely to continue.

Scarlett Johansson’s legal team has now fired back at Disney’s attempt at arbitration.

“After initially responding to this litigation with a misogynistic attack against Scarlett Johansson, Disney is now, predictably, trying to hide its misconduct in a confidential arbitration,” said the Oscar nominee’s main lawyer John Berlinski today after the House of Mouse’s response to Johansson’s scathing profits lawsuit went public.

“Why is Disney so afraid of litigating this case in public? […] Because it knows that Marvel’s promises to give Black Widow a typical theatrical release ‘like its other films’ had everything to do with guaranteeing that Disney wouldn’t cannibalize box office receipts in order to boost Disney+ subscriptions […] Yet that is exactly what happened – and we look forward to presenting the overwhelming evidence that proves it.”

Disney originally responded, rather scathingly, to Johansson’s filing by stating that the choice to release on Disney+ was a result of the ongoing effects of the pandemic, leading to other organizations calling out the corporation for a “gendered character attack”. The company has since gone on to say that the lawsuit is an “orchestrated PR campaign”.

Many films have seen their release day shared with a streaming service. Shortly after Black Widow, Disney released Jungle Cruise (2021) in the same dual fashion. However, as the year goes on, Disney and Marvel will adjust this method. Shang-Chi and the Legend of the Ten Rings (2021) will first be shown in theaters for a 45-day run, with Feige stating that Chloé Zhao’s Eternals (2021) will also have an exclusive theatrical release.

With Disney seeking arbitration and Johannson’s firm stance on keeping the case public, there is likely to be more to come on this controversial lawsuit.

What are your thoughts on Johansson vs. Disney? Let us know in the comments!