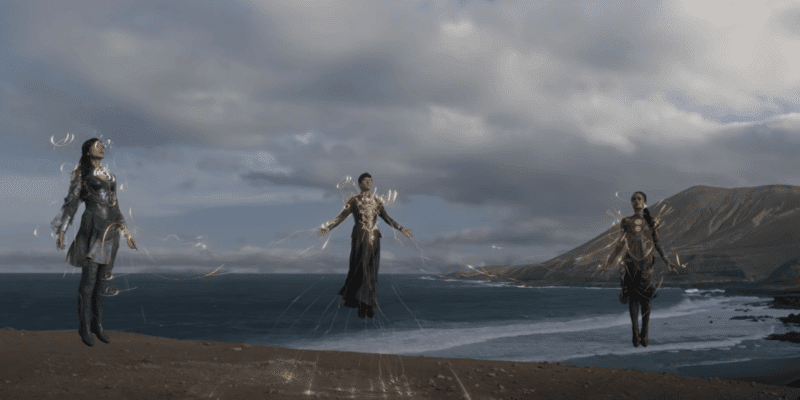 Although Shang Chi and the Legend of the Ten Rings is the next Marvel Phase 4 movie set to release on September 3, 2021, many Marvel fans are already gearing up for Marvel Studios’ November 5, 2021 release — The Eternals.

Created by Jack Kirby, The Eternals first appeared in Marvel Comics in 1976, but the upcoming feature film will be their debut in Kevin Feige’s Marvel Cinematic Universe.

Amid the ongoing controversy regarding Johansson’s Black Widow (2021) being released simultaneously in movie theaters and on the Disney+ Premier Access tier — the actress is suing the studio for a cool $50 million for breach of contract — Marvel has quietly confirmed that The Eternals will, in fact, be getting an exclusive theatrical release.

The news was revealed somewhat discreetly, as there was a new TV commercial for the upcoming film during the Summer Olympics on NBC. It was just a re-airing of the previously shared teaser trailer for the film, only now the commercial ends with “Only in theaters November 5.”

What do you think about The Eternals releasing only in theaters?