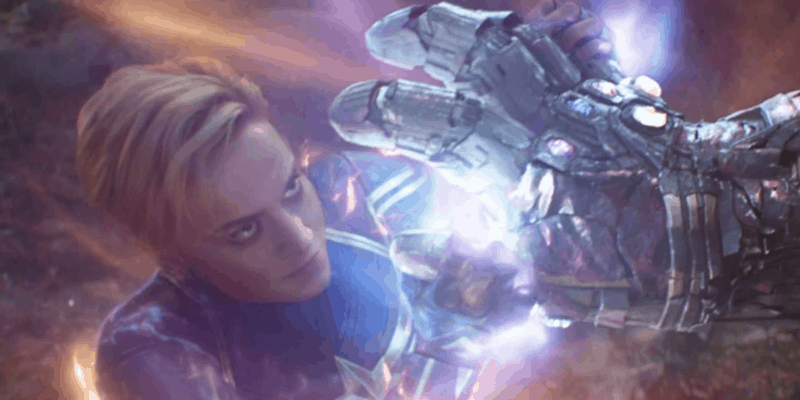 Marvel Studios latest original series What If…? just dropped its latest alternate timeline in “What If… the World Lost Its Mightiest Heroes?” and the return of Carol Danvers AKA Captain Marvel (voiced by Alexandra Daniels) and while she only appeared on screen for a minute it seems to have triggered a wave of backlash against the character.

Over the last decade, the Marvel Cinematic Universe has produced nearly two dozen films and not all of them have been gems. Captain Marvel (2019) has always received some hate from Marvel fans. And while there are many valid criticisms of Marvel Studios’ first female-led film there is definitely some bitterness brought on by how fans have perceived the star, Brie Larson. This has led Captain Marvel to become the most divisive movie in the Marvel Cinematic Universe.

The film was rightly called out for being yet another formulaic origin movie, however, Doctor Strange (2016) had the same problem and never got the same complaint. Captain Marvel certainly came at a strange time, sandwiched between Avengers: Infinity War (2018) and Avengers: Endgame (2019), and many cried that Marvel just threw her in as an afterthought.

And many claimed that Brie Larson’s Captain Marvel did not “earn” the power to stop Thanos (Josh Brolin) – they ignore that we first met Thor (Chris Hemsworth) at the top of his game too.

Karma on Twitter sums up the basic issue saying:

The movie was unseasoned

When Did The Hate Start?

However, the hatred began before the Marvel movie was even released – there was a targeted campaign amongst toxic fans to tank the movie before they even saw it. And within days of its release, there were attempts to review bomb Captain Marvel resulting in a Rotten Tomato score of 79% but an audience score of only 45%.

Captain Marvel like most female-led films triggers some fans to hate it simply by starring a woman. And misogynist trolls gained a target in Brie Larson who openly shares her political views and is a proud feminist. She came under fire for pointing out that her press days were “overwhelming white male”.

Since then, some Marvel fans have complained about everything in her performance from how muscular/not muscular she is. They criticize fact that she comes off too stoic (which is accurate to Captain Marvel’s portrayal in Marvel Comics).

There has been a narrative pushed online that Kevin Feige and Marvel are looking to replace her but there has never been any proof to back that up. She is currently filming the Captain Marvel sequel – The Marvels (November 11, 2022) alongside WandaVision’s Teyonah Parris (Monica Rambeau) and newcomer Iman Vellani (Kamala Khan AKA Ms. Marvel).

However, this had theorists expecting a grand payoff based on the Marvel Comics storyline Secret Invasion. The comic book story had the shape-shifting Skrulls impersonating some of Earth’s Mightiest Heroes.

But the main villain in Captain Marvel was the Kree warrior Yon-Rogg (Jude Law) and the Skrulls were re-invented as refugees like Talos (Ben Mendelsohn). It left some fans disappointed. Although they will be getting a version of Secret Invasion in Marvel’s Phase 4 as original series on Disney+ starring Samuel L. Jackson’s Nick Fury.

So, What Are Fans Saying Now?

The current debate sweeping over Twitter has fans pitted against one another to determine which is the definitive worst MCU movie of all time. It seems to have come down to four choices: Captain Marvel, Iron Man 3 (2013) starring Robert Downey Jr. as Tony Stark AKA Iron Man; Thor: The Dark World (2013) starring Chris Hemsworth as Thor and Tom Hiddleston as Loki; and The Incredible Hulk (2008) staring Edward Norton as Bruce Banner AKA The Hulk.

Kai on Twitter has her vote for The Incredible Hulk, a movie many Marvel fans seem to have forgotten even exists as they say:

Related: You Can Watch the WORST Marvel Movie on Disney+

While much of the MCU moved past The Incredible Hulk with Mark Ruffalo replacing Norton as Bruce in The Avengers (2012) a few characters from the film are still popping up in the Marvel Universe including General Thaddeus “Thunderbolt” Ross (William Hurt) who was in the recent Black Widow (2021) and Emil Blonsky AKA the Abomination (Tim Roth) who returned in Shang-Chi and the Legend of the Ten Rings (2021).

Iron Man 3. Hardly any Iron Man in it. Fake mandarin and silly post credit sting, not giving anything for the following films

Iron Man 3. Hardly any Iron Man in it. Fake mandarin and silly post credit sting, not giving anything for the following films😒

Much of the hate for Iron Man 3 depends almost entirely on how Marvel fans felt about the Mandarin Twist at the end of the movie. The real Mandarin is returning in Shang-Chi so this may have soothed the ire for the moment. Other criticisms include that Tony’s character development in Iron Man 3 was backtracked in Avengers: Age of Ultron (2015) –  another film that tops many lists of the worst Marvel movies.

Captain marvel is no where near the worst MCU movie it just became a trend to hate it. its a top 10 MCU movie for me and I’ll die on this hill

Captain marvel is no where near the worst MCU movie it just became a trend to hate it. its a top 10 MCU movie for me and I'll die on this hill pic.twitter.com/xvXQAtpI11

But Captain Marvel will always have its detractors as user sphesihle_cm shares their opinion:

Captain Marvel. That movie was so unnecessary & terrible at the same time.

Captain Marvel. That movie was so unnecessary & terrible at the same time. https://t.co/Lk2pDnTzyi

So, what is your opinion? Let us know in the comments what you think is the worst MCU movie.