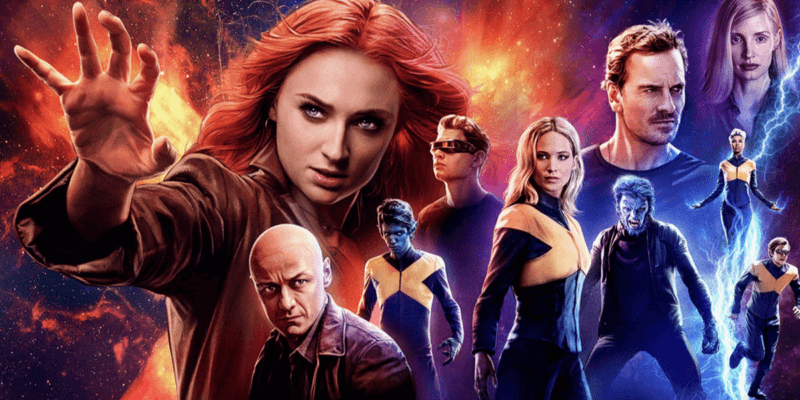 Although Dark Phoenix is not technically a film made by Disney’s Marvel Studios (rather, it was produced by 20th Century Fox and Marvel Entertainment), it is still a Marvel X-Men movie — and it will arrive on Disney’s streaming service very soon.

There was so much potential for 20th Century Fox’s X-Men: Dark Phoenix (2019), but nearly (every) Marvel fan left the theaters disappointed. Fox’s reported re-cuts and changed script made the movie fall flat, disserving beloved characters like Charles Xavier (James McAvoy) and Erik/Magneto (Michael Fassbender). Beginning September 2021, you can watch the worst Marvel movie on Disney+.

Fox’s reboot of the superhero franchise was off to a solid start with X-Men: First Class (2011), and Fox’s X-Men (not yet affiliated with the Marvel Cinematic Universe or Disney) became a super hero powerhouse when Kevin Feige’s Avenger movies were taking shape.

Following First Class was X-Men: Days of Future Past (2014). What a film. Undoubtedly the greatest installment in Fox’s reboot of the X-Men, Hugh Jackman’s portrayal of Wolverine was back in full force.

Days of Future Past also featured the groundbreaking Quicksilver (Evan Peters) slow-motion scene that inspired the even more epic Peter Maximoff saves the day moment in X-Men: Apocalypse (2016) — another good but not as strong installment of the series.

Between Apocalpyse and Dark Phoenix sits director James Mangold’s Logan (2017), the most superior of all X-Men movies. The dark, gritty, vulnerable lens through which we see Hugh Jackman’s Logan was revolutionary and gutwrenching. Jackman perfectly portrayed Wolverine for 20 years, and Logan was the mind-blowing, heartbreaking cherry-on-top of the character’s story.

To be clear, Logan isn’t technically a part of the X-Men: First Class reboot but features the character from said series and comes out when 20th Century Fox hit the nail on the head with their X-Men movies.

Then came X-Men: Dark Phoenix. The film had massive potential from the getgo and would have been another fantastic installment in the franchise. But, after The Walt Disney Company acquired 2oth Century Fox (now 20th Century Studios), Fox reportedly re-cut the movie with numerous new scenes after callbacks and made it a hodgepodge mess.

Dark Phoenix sidelined Peter Maximoff/Quicksilver (Evan Peters) in such a lame way that a grade-schooler could have written the character out better than Fox did and the movie’s villain (Jessica Chastain) was completely unmotivated. It made no sense why Vuk (Jessica Chastain) was on Earth in the first place and why some intergalactic anomaly attacked Jean Grey (Sophie Turner) in space during a rescue mission.

The stellar cast still performed phenomenally, and various fight sequences were thrilling in the Marvel movie, but the film still suffered crude critic and fan reviews. To this day, it only has a 22% rating on Rotten Tomatoes.

X-Men: Dark Phoenix is coming to Disney+ September 3, 2021, joining its counterparts Days of Future Past and Apocalypse.

Are you watching Dark Phoenix on Disney+? Let us know in the comments below!