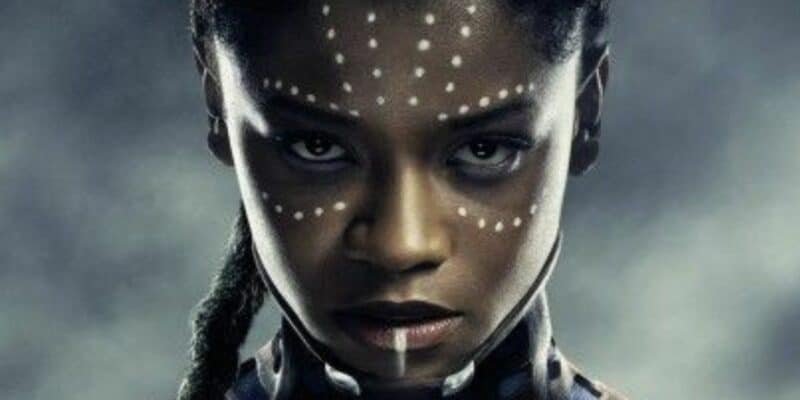 Letitia Wright, who plays T’Challa’s younger sister Shuri in the Golden Globe-winning Black Panther (2018), is currently filming the sequel Black Panther: Wakanda Forever (July 8, 2022) and was taken to a Boston-area hospital today after injuring herself on set.

Per Deadline a Marvel spokesman revealed that:

“Letitia Wright sustained minor injuries today while filming a stunt for Black Panther: Wakanda Forever. She is currently receiving care in a local hospital and is expected to be released soon,” a spokesperson for Marvel said Wednesday.

It does not appear that the accident will affect the filming schedule of Black Panther 2. The majority of the shoot has taken place in Atlanta and recent set leak photos have revealed tributes to the actor that the cast and crew have lost – the late actor Chadwick Boseman.

We last saw Princess Shuri in Avengers: Infinity War (2018) and Avengers: Endgame (2019). Letitia Wright’s Shuri will be stepping up in the Black Panther sequel as the Marvel movie moves forward without the glue that held it together. In Marvel Comics, Shuri does become the Black Panther after her brother T’Challa after taking the heart shaped herb.

Marvel fans were recently brought to tears for Chadwick’s final Marvel Studio performance in What If…? the original series now streaming on Disney+, which explored an alternate timeline in which T’Challa became Star-Lord instead of Peter Quill. Chadwick Boseman’s legacy will live on throughout Marvel’s Phase 4 and beyond.

It also has cast Micheala Coel in an unnamed role that same fans hope to be the mutant X-Men Ororo Munroe AKA Storm. And rumors strongly suggest that Tenoch Huerta will be playing Namor the Submariner.

There isn’t an official description for Wakanda Forever yet but it does have a logline:

“Marvel Studios’ Black Panther: Wakanda Forever will continue to explore the incomparable world of Wakanda, and all of the rich and varied characters introduced in the first film.”

No other details about the stunt in question have been released at this time and hopefully, Letitia Wright will bounce back quickly. Letitia Wright recently had to backtrack on a controversial video questioning the safety of the COVID-19 vaccine that she posted on Twitter.

Share your good wishes for Letitia Wright in the comments.