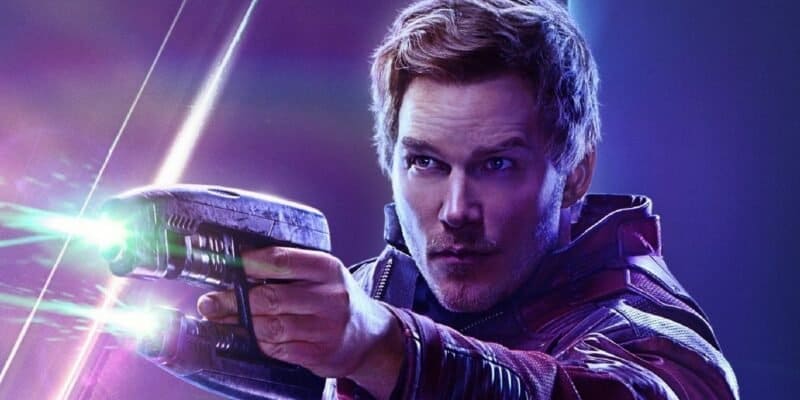 Marvel’s What If…? series is breaking new animated ground for the Marvel Cinematic Universe.

Each episode will explore a new alternate reality as Uatu the Watcher (Jeffrey Wright) guides fans through the new Marvel Multiverse. And hopefully, Marvel fans had their tissue boxes in hand as late Chadwick Boseman appeared as T’Challa in the latest episode – which proved one fan complaint about Avengers: Infinity War (2018) was right and that everything really was all Peter Quill AKA Star-Lord’s (Chris Pratt) fault.

What If…? is reuniting a ton of Earth’s Mightiest Heroes since they all teamed up in Avengers: Endgame (2019). It is worth noting that Robert Downey, Jr. (Tony Stark/Iron Man), Scarlett Johansson (Natasha Romanoff/ Black Widow,) Elizabeth Olsen (Wanda Maximoff/Scarlet Witch), and Tom Holland (Peter Parker/Spider-Man) are not included in the What If…? voice actor cast.

We already saw an alternate timeline with Hayley Atwell’s Captain Carter and a Steve Rogers (Josh Keaton) that never got the super soldier serum and became Captain America. And we know that we will be seeing more of this timeline where Bucky Barnes (Sebastian Stan) never became the Winter Soldier as Captain Carter is slated to return to the Marvel Universe.

And much like how the first episode, “What if…Captain Carter Were The First Avenger?” seemed to prove that Bucky’s tragic fate really was Steve’s fault, the second episode proves that fans were right – “What If…T’Challa Became A Star-Lord?” proves that the Snap was Peter Quill’s fault in more ways that one.

Ever since Endgame broke Marvel fan’s hearts by killing half of their favorite superheroes they have blamed none other than the Guardian of the Galaxy – Peter Quill.

In the battle on Titan against Thanos (Josh Brolin) right when Tony Stark AKA Iron Man (Robert Downey Jr.), Doctor Strange (Benedict Cumberbatch), Peter Parker AKA Spider-Man (Tom Holland), and the rest of the Guardians of the Galaxy get the upper hand, Peter snaps when he learns that Gamora (Zoe Saldana) is dead. Thanos regains control and the rest is history.

Fans blamed Star-Lord so much that both Chris Pratt and the Russo Brothers had to step in and say that they were right and Star-Lord had messed up. If he had been a better hero then Thanos could not have turned half the universe to dust.

Now What If…? has shown that it was really Peter’s fault in more ways than that.

“What If…T’Challa Became A Star-Lord?” introduced fans to a version of Thanos who has given up his genocide to join T’Challa’s team of ravagers turned Robin Hood bandits. In the presser for the new Marvel original series, head writer A.C. Bradley revealed how this came to be, saying:

And clearly, he has been a good influence on the Mad Titan and even his daughter Nebula (Karen Gillan) as they are able to mend their relationship.  In the Sacred Timeline, Peter Quill is certainly not capable of changing the world for the better the way that T’Challa can, whether he has the super strength from the heart-shaped herb or not.

Chadwick Boseman is rumored to appear in more episodes of What If…? and personally I am hoping for any other than the Marvel Zombies episode as hints have that following closely to the What If  Marvel Comics book of the same name. In the Marvel Zombies comic book, T’Challa suffered a particularly grim fate even before he ends up as a zombie. Maybe he could help take down Ultron before he gets the vibranium from Wakanda since Ultron has been confirmed to return.

Now that the new Marvel Cinematic Multiverse is in full swing after the Loki series Season 1 finale there is no telling where it is headed next.

Let us know in the comments if you blame Peter Quill even more now.