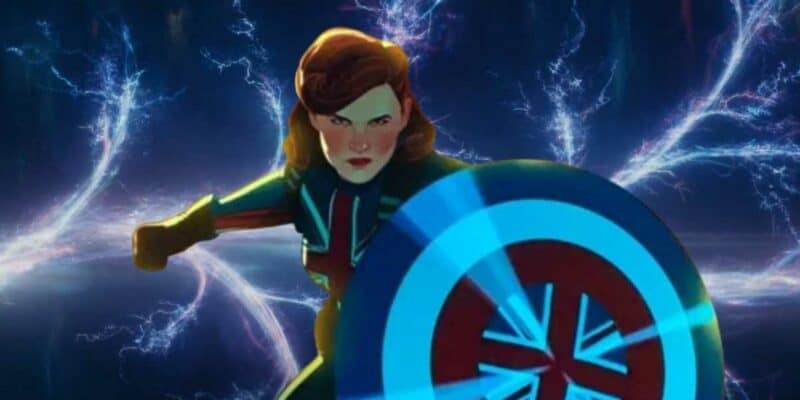 Now that most of the Marvel Studios films are available to stream on Disney+, fans can watch the whole Infinity Saga and everything in Marvel’s Phase 4 in all of its glory. And Disney helps fans out by laying their whole collection out in the release order broken up by its Phases or the ever-helpful “Marvel Cinematic Universe in Timeline Order” list.

And Disney is keeping that Marvel timeline order up-to-date every time they add something new to their streaming platform. After the Loki series debuted they placed it after Avengers: Endgame (2019) but before the first Marvel original series WandaVision. It helped fans understand when the time-hopping series took place – something that is becoming very important since the finale opened the MCU to the new Marvel Multiverse.

Loki’s placement is key to see which series take place in the new Marvel Cinematic Multiverse and that includes WandaVision and The Falcon and the Winter Soldier, which were released before Loki. And, surprising absolutely no one, Marvel’s new What If…? picks up right where the shocking Loki finale left off.

The first episode, “What if…Captain Carter Were The First Avenger?”, takes Marvel fans back to 1942 when they first met Steve Rogers AKA Captain America (played by Chris Evans in Captain America: The First Avenger but now voiced by Josh Keaton). It is inspired by a Marvel Comics book where Peggy Carter gets the super soldier serum and becomes Captain America – Exiles #3 from 2018 by Saladin Ahmed so she should not be confused with Captain Britain.

The rest of the ten-episode animated series will jump throughout the old MCU timeline and explore alternate realities as even the smallest change can create whole new branch timelines in the Multiverse. Marvel fans will be guided by the Watcher Uatu (voiced by Jeffery Wright) as he takes in all the new realities.

It is not known how much of the animated series will impact the future of the MCU, but it has already been confirmed to be getting a second season that will focus on Captain Carter, who may also show up in Doctor Strange in the Multiverse of Madness (March 25, 2022) and may even be getting her own film someday.

The official trailer for the Marvel Cinematic Universe’s first animated series revealed many more twists to come including the late Chadwick Boseman’s final performance and a new voice of Natasha Romanoff AKA Black Widow. It will also bring one of the most popular Marvel Comic What If…? alternate realities – Marvel Zombies. We even will get the return of Tony Stark AKA Iron Man (though not voiced by Robert Downey Jr.).

The official description of Marvel’s What If…? is:

When the series was announced along with the rest of Marvel’s Phase 4 it did not appear to be a part of the MCU, but it has not been clearly cemented as a vital part of the Marvel Cinematic Universe timeline. It may stand out from the other Marvel movies in the Marvel Cinematic Universe but it definitely shows that Marvel boss Kevin Feige is willing to get creative as it moves past Avengers: Infinity War (2018) and Avengers: Endgame (2019).

What do you think of this new Disney+ update?

Comments Off on Marvel’s Latest Show Upsets the MCU Timeline