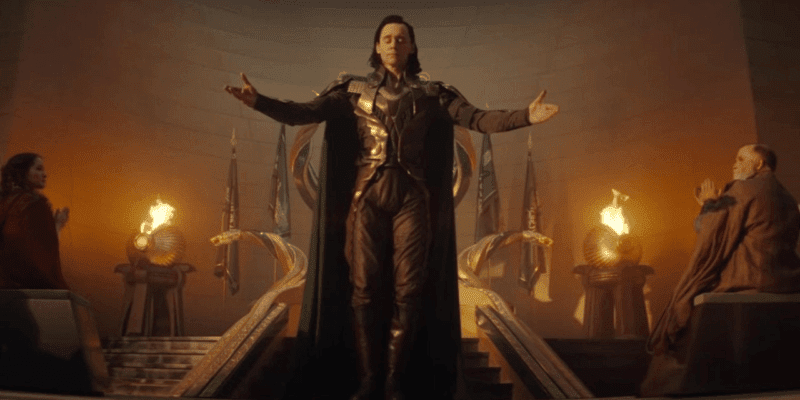 Now that the Marvel Cinematic Universe’s Infinity Saga has officially ended and Marvel Phase 4 is well underway — both with Disney+ series like WandaVision and (finally) films like Black Widow (2021) — the Disney+ streaming platform has revealed a brand new MCU timeline.

Since the first season of Loki ended last week, Disney+ has inserted the Tom Hiddleston (Loki) and Owen Wilson (TVA Agent Mobius M. Mobius) series into its place in the MCU timeline, and it’s very clear that the Marvel Multiverse is in full swing.

Instead of being sandwiched between Elizabeth Olsen (Wanda Maximoff/Scarlet Witch) and Paul Bettany’s (Vision) WandaVision and Sebastian Stan (Bucky Barnes/Winter Soldier) and Anthony Mackie’s (Sam Wilson/Falcon/Captain America) The Falcon and the Winter Soldier, or inserted in the middle of The Avengers (2012) and Thor: The Dark World (2013) when the series is technically set, Loki has somewhat surprisingly been added to the watch order between Avengers: Endgame (2019) and WandaVision.

As ComicBook.com noted, Marvel Studios is absolutely moving in the direction of non-linear storytelling, be it due to necessity thanks to the introduction of the Multiverse or as a form of fan-service, bringing back dead characters in prequel films and series. Marvel Studios President Kevin Feige specifically spoke about Scarlett Johansson’s latest Marvel movie, Black Widow, while making his point:

“Certainly this film and this story is a particular case for Natasha [Natasha Romanoff],” the producer said at the time. “But the notion of exploring the past, present, and future of the MCU is certainly in the cards for all of our characters. This particular story of this particular cast is very personal, very specific to Natasha.”

“What happened [between] when [Loki and Sylvie] met him and when the multiverse was born was still on the table, that’s something obviously me, the writers, Michael [Michael Waldron, the head writer], and the studio discussed and worked on. I think honestly, for me and the writing team, we were just like, ‘Okay, we’ll just keep assuming we’re going to get to introduce him until we’re not allowed to.'”

So, even though Loki‘s new spot in the MCU watch order is a bit surprising to most Marvel fans, it sounds like the powers-that-be at Marvel Studios have a plan firmly in place — just like they always do, even when we’re caught completely off-guard.

What do you think about the new Marvel timeline on Disney+?

Comments Off on There’s a Brand New MCU Timeline