Should the TVA Arrest Steve Rogers? - Inside the Magic 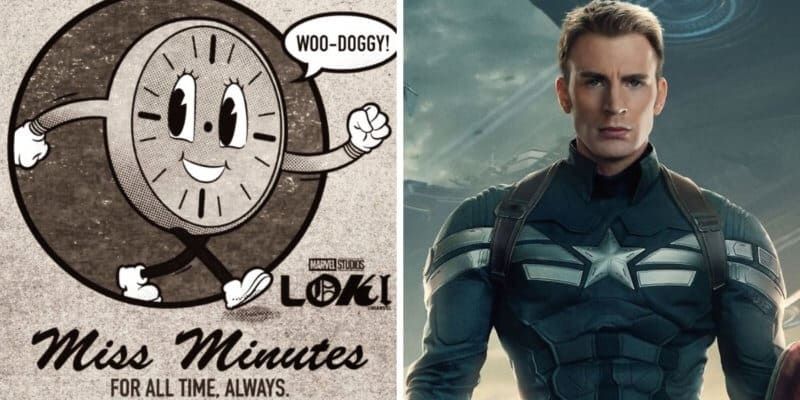 If you are a Marvel fan like millions of others, then you are probably aware that the highly-anticipated Loki series made its debut on Disney+ on June 9. The show received rave reviews and there are even rumors of more seasons to come. While we are only one episode in, the series has already raised a very interesting question. Should the TVA — Time Variance Authority — arrest Captain America?

While that may sound odd, let’s take a look at why that could — or should — possibly happen.

Towards the end of Avengers: Endgame, Steve Rogers uses Pym Particles to enter the Quantum Realm and go back in time so he and Peggy Carter can finally be together. He is seen again when he is an old man, and he passes Captain America’s shield off to Sam Wilson.

Now, the problem with that whole thing seems to be that Steve went off of the main timeline to live his life in an alternate timeline and then came back to the main timeline. When you think about it, what Loki did was not all that different.

Loki took the Tesseract, jumped into another timeline universe and the Time Variance Authority was there to arrest him in a matter of minutes. We have to wonder why the same thing didn’t seem to happen to Captain America. He returned to the timeline as an old man, which seems to mean that he most likely lived a long and happy life in the alternate timeline he went to.

Loki head writer Michael Waldron was asked about timeline jumping in the new series and why the same rules didn’t appear to apply to Captain America and the writer was very coy and said he was unable to directly answer.

Even though it seems that Captain America broke the rules of time when he went to that different timeline, was it supposed to happen that way?

When Loki tried to blame him for timeline jumping on the Avengers also time traveling, the TVA informs him that the Avengers did what they were supposed to do. Could that indicate that the Time-Keepers also planned on Steve traveling into another dimension to be with Peggy?

According to Waldron, if we keep watching — and why wouldn’t we after that incredible premiere — our questions about why Loki was arrested and Captain America was not will hopefully be answered.

Do you think the TVA should arrest Steve Rogers? Let us know in the comments!