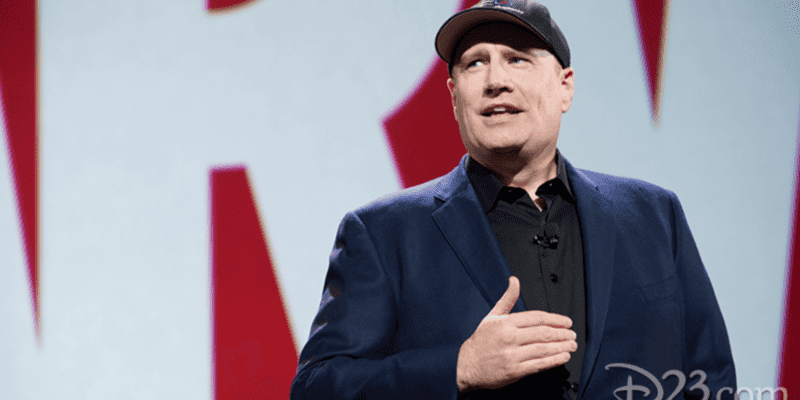 Marvel President Kevin Feige has brought the Marvel Cinematic Universe to life with movies like the Iron Man trilogy (2008-2013) that cemented Robert Downey, Jr. as Tony Stark, Captain America: The First Avenger (2011) that brought fans Chris Evans’s Steve Rogers, and, of course, Avengers: Infinity War (2018) and Avengers: Endgame (2019) — two Marvel Studios films that changed everything for all of our favorite Avengers characters thanks to Thanos’s snap.

The Marvel boss also, of course, brought MCU characters to television for the first time with WandaVision and The Falcon and the Winter Soldier, both of which became Disney+ streaming hits.

But, in addition to bringing super heroes to life in the MCU, Feige is a huge Star Wars fan. In fact, he loves the franchise so much that he’s working on an as-yet-untitled Star Wars movie with Loki head writer Michael Waldron (Doctor Strange and the Multiverse of Madness, Heels, Rick and Morty).

Waldron is the first member of Feige’s Star Wars team to break his silence regarding the secretive project. Per a recent Vanity Fair interview:

He can’t say much about getting the call to work on Feige’s Star Wars, but he can say, “You’ve heard all my references here. Star Wars! Indiana Jones! [Kathleen Kennedy], she’s made so many of my favorite movies. So to get to collaborate with both of those entities is a dream come true.”

Related: Loki Takes Over Twitter to Reveal Coded Messages – Is It All a Trick?

Vanity Fair’s article went on to share Dan Harmon’s take on the top-secret Star Wars movie, which doesn’t have a scheduled release date at this time. Rick and Morty co-creator Harmon, who has worked closely with Waldron, noted:

Even though Harmon doesn’t seem completely sold about Waldron’s involvement in the Star Wars universe, there’s little doubt that Feige has hand-picked the best creative minds for his Star Wars film — whatever the storyline happens to be.

At this time, nothing is known about exactly what will happen in this under-wraps movie, but Star Wars fans have suggested everything from an Old Republic movie featuring Keanu Reeves as “Knights of the Old Republic” video game favorite Darth Revan to a movie revolving around Darth Vader to the appearance of Scarlett Johansson (Black Widow, Avengers franchise) as a female Sith Lord.

One thing we can be (almost) certain of, though, is that Feige’s entry into the Star Wars galaxy will be a departure from the Skwyalker Saga — we’re unlikely to see Jedi Knight Luke Skywalker (Mark Hamill), Princess Leia Organa (the late Carrie Fisher), or Han Solo (Harrison Ford) here.

Keep in mind that, at this time, neither Feige himself nor Lucasfilm President Kathleen Kennedy have confirmed casting information or a release date for this upcoming Star Wars feature film.

Patty Jenkins’s Star Wars: Rogue Squadron (2023) will be the next movie installment in the Star Wars story, so we can assume Feige’s film will release sometime after that.

It is not, however, known when the Marvel head’s movie will come out in relation to Taika Waititi’s Star Wars project and sequel trilogy director Rian Johnson’s trilogy, which we now know has not been scrapped.

What are you hoping to see when Marvel’s Kevin Feige and Waldron’s Star Wars movie finally releases?