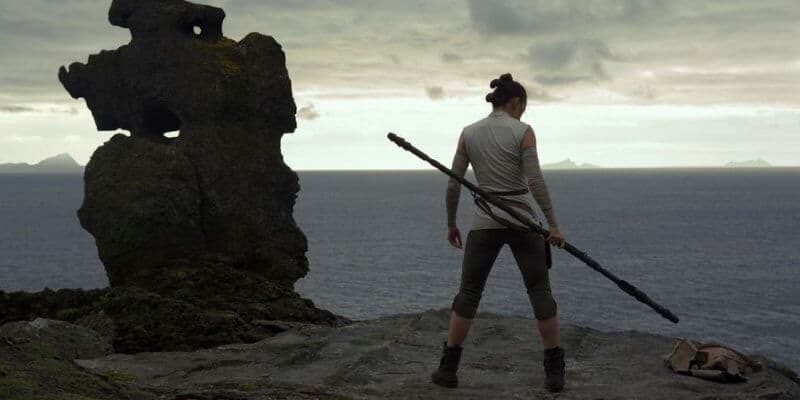 Ahead of the release of Star Wars: Episode VIII – The Last Jedi (2017), Lucasfilm and The Walt Disney Company announced that director Rian Johnson would be developing his own Star Wars trilogy.

Once the second installment of the Star Wars sequel trilogy released, however, Johnson faced intense backlash from Star Wars fans on social media and even from actors in the movie.

John Boyega (Finn), for example, has been outspoken about feeling sidelined as a Black actor throughout the sequel trilogy. Furthermore, Kelly Marie Tran (Rose Tico) faced toxic commentary regarding her acting skills and the character she portrayed. Even Star Wars icon Mark Hamill (Luke Skywalker) was unhappy with how the Jedi Master’s story ended in the Skywalker Saga.

At this point, The Last Jedi is widely regarded as the worst Star Wars movie in history. When Johnson’s trilogy was not even mentioned during Lucasfilm’s portion of the 2020 Disney Investor Day event, many believed the project had been scrapped.

Some thought that if this was not due to the backlash the movie received, it could certainly be attributed to the popularity of Jon Favreau and Dave Filoni’s Disney+ hit, The Mandalorian, which has changed the trajectory of the Star Wars franchise.

Now, however, author and self-proclaimed pop culture junkie Sariah Wilson has shared that she interviewed Johnson and confirmed that his Star Wars trilogy project is still on. She posted on Twitter:

I’m just going to post this now because I can see that I’m going to get a lot of requests – Yes, Rian’s SW trilogy is still on. No dates or timelines because he has other projects going on, but it is happening. THAT IS ALL I KNOW ABOUT IT.

Yes, Rian's SW trilogy is still on. No dates or timelines because he has other projects going on, but it is happening.

Previously, the rumored plot for Johnson’s trilogy was leaked. Per our prior coverage:

…Johnson’s trilogy is believed to revolve around the Force-sensitive broom boy that was first revealed at the end of Star Wars: The Last Jedi. Reportedly, the trilogy is set to take place long after the events of Star Wars: The Rise of Skywalker where Jedi are found in great numbers and Rey (Daisy Ridley) mentors this broom boy.

This is, of course, nothing more than an unconfirmed rumor and seems increasingly unlikely since Ridley has stated she has no intention of coming back to the Star Wars universe.

Nonetheless, this was the last widely circulated report regarding the Rian Johnson Star Wars trilogy.

What Star Wars movies are next?

At this time, there are three confirmed standalone Star Wars projects in the works. Patty Jenkins (I Am the Night, Wonder Woman 1984) will be directing Star Wars: Rogue Squadron (2023).

Following Rogue Squadron’s theatrical debut, fans can expect two films from names that are usually connected to the Marvel Cinematic Universe — Taika Waititi’s Star Wars movie is set for 2025 and Kevin Feige’s project is also in the works, with an unknown release date.

There is a Star Wars movie slated for 2027, but it is not known if it will be Feige’s or if it will, perhaps, mark the start of the Johnson trilogy.

At one point, Lucasfilm President Kathleen Kennedy indicated that the studio would move away from the trilogy format, so news of a new Star Wars trilogy following The Force Awakens, The Last Jedi, and The Rise of Skywalker is certainly intriguing.

What do you think about the fact that Rian Johnson’s trilogy hasn’t been scrapped by Lucasfilm?