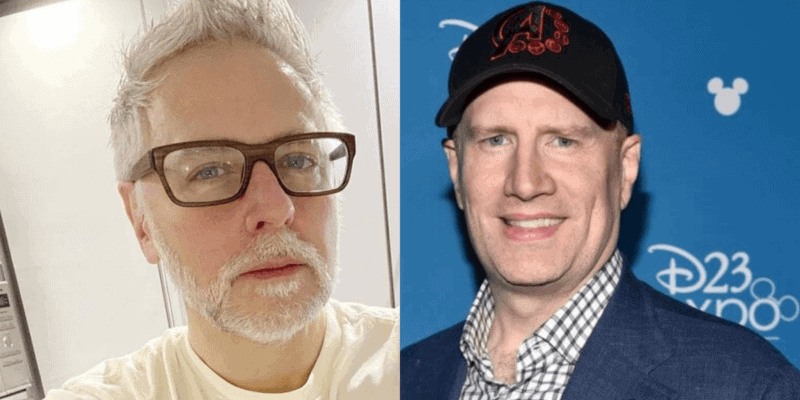 Director James Gunn has revealed exactly how he found out he was fired from his role as writer and director of Marvel’s Guardians of the Galaxy Vol. 3.

Gunn, who directed the highly successful Guardians of the Galaxy franchise’s first two films, says he found out about his ousting directly from Marvel Studios president Kevin Feige over a series of “shocking” phone calls.

In 2018, Director James Gunn was famously fired from his role with Disney and Marvel Studios over the resurfacing of offensive tweets — a decade old at the time — that crudely joked about sensitive topics like the Holocaust and the 9/11 attacks.

Following his very public dismissal from the Marvel Cinematic Universe, Gunn publicly apologized to the cast of Guardians of the Galaxy and Marvel fans. Guardians actors like Chris Pratt (Star-Lord), Zoe Saldana (Gamora), and Dave Bautista (Drax the Destroyer) and many of Gunn’s fans took to Twitter and other social media platforms to defend the embattled director and push for Gunn’s reinstatement.

Eventually, Gunn was rehired by Marvel Studios and restored to his writing and directing duties for Guardians of the Galaxy Vol. 3 — now set to premiere on May 5, 2023.

During the director’s brief period of unemployment, James Gunn was quickly hired by a Disney rival studio, Warner Bros., to helm films for the other comic book universe — the DCEU.

Gunn’s new film for Warner Bros., The Suicide Squad (2021) — starring Idris Elba as Bloodsport and Margot Robbie as Harley Quinn — will premiere in movie theaters and on HBOMax on August 6, 2021. Gunn is also working on a series for HBOMax starring John Cena in a Suicide Squad spinoff, Peacemaker. However, Gunn says, when he was initially let go by Marvel Studios, his continued success in the film industry was not as certain as hindsight makes it seem.

In a new interview with The New York Times, James Gunn opened up about exactly how he found out he was fired from Guardians of the Galaxy Vol. 3.

As it turns out, Gunn found out he was fired from the head honcho himself, Marvel boss Kevin Feige. After discovering he was trending on Twitter for offensive Tweets from his past, Gunn reached out to Kevin Feige, unsure of what the old Tweets meant for his career. James Gunn described his phone conversations with Kevin Feige on that fateful day, saying,

“It was conveyed to me by Kevin Feige [the Marvel Studios president]. I called Kevin the morning it was going on, and I said, “Is this a big deal?” And he goes, “I don’t know.” That was a moment. I was like, “You don’t know?” I was surprised. Later he called me — he himself was in shock — and told me what the powers that be had decided. It was unbelievable. And for a day, it seemed like everything was gone. Everything was gone. I was going to have to sell my house. I was never going to be able to work again. That’s what it felt like.”

Prior to his rise to stardom bringing the likes of Rocket Raccoon (Bradley Cooper) and Groot (Vin Diesel) to life in Guardians of the Galaxy (2014), director James Gunn was known for helming low-budget science fiction films like Slither (2006) and Super (2011). Following his dismissal from Marvel by Kevin Feige himself, Gunn says he wasn’t sure if he’d be able to return to film at all — low-budget, blockbuster budget, or otherwise.

Gunn says his experience as a target of what some call “cancel culture” not only changed the way he approached social media, but also made him more a more considerate person in general.

“I’m more considerate of people’s feelings today. I had talked about this a lot before those tweets were [resurfaced]. They are awful things, that’s what my sense of humor was back then. But before this ever happened, I realized that I had closed myself off to things I thought were schmaltzy because I didn’t want to be vulnerable. This attitude — I can make a joke about anything, look how great I am — that’s just not the fullness of me as a human being. And I learned that long before I got called out for the tweets.”

Guardians of the Galaxy Vol. 3 is back on track

While James Gunn is busy promoting his upcoming The Suicide Squad while also working on the HBOMax spinoff Peacemaker with John Cena, he is also moonlighting with the Marvel Cinematic Universe. Gunn recently shared that he was making some progress on Guardians of the Galaxy Vol. 3, grinding through the tedious process of creating storyboards for the the film.

Marvel boss Kevin Feige has confirmed that director James Gunn will use more or less the same script draft he wrote back in 2018 as the basis for the upcoming film.

Are you looking forward to James Gunn returning to the Marvel Cinematic Universe with more Guardians of the Galaxy Vol. 3? Let us know in the comments!