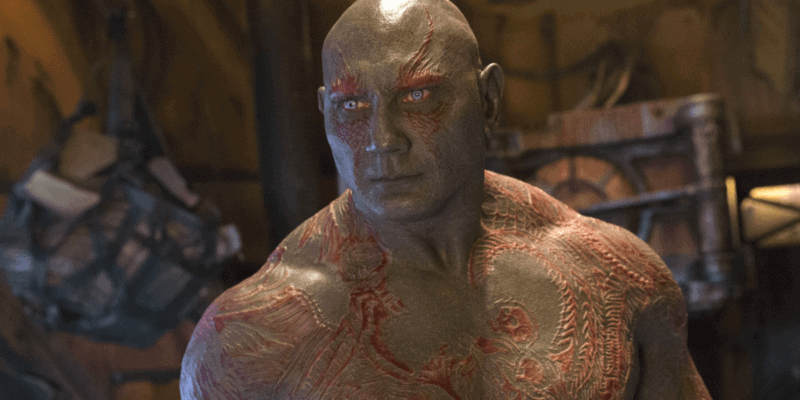 Guardians of the Galaxy director James Gunn recently took to Twitter and explained exactly how he landed on the distinctive look of Drax for actor Dave Bautista in the Marvel Cinematic Universe — forgoing Drax’s classic green and red appearance.

Marvel actor Dave Bautista has made no secret of the fact that he is done portraying Drax the Destroyer once he’s wrapped filming of Guardians of the Galaxy Vol. 3, due out in theaters in 2023. Dave Bautista has played Drax in the Marvel Cinematic Universe since 2014’s Guardians of the Galaxy. While the actor acknowledges the undeniable impact the role has had on his career, he’s ready to move on from constantly being shirtless and enduring the hours of makeup required to bring Drax to life on-screen.

Related: Dave Bautista FINALLY Speaks Out on ‘Guardians’ in ‘Thor 4’ 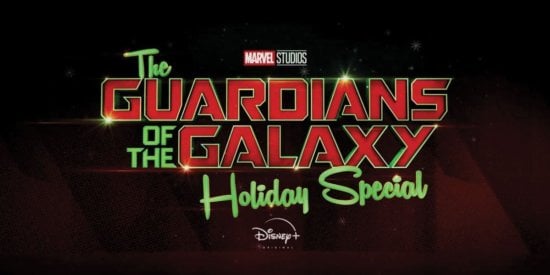 In the pages of Marvel Comics, Drax is presented as having green skin with red markings — a look that director James Gunn says was beginning to look a lot like Christmas during Guardians of the Galaxy pre-production tests.

Answering fan questions on Twitter, James Gunn opened up about his decision to change the look of Drax from Marvel Comics green to MCU grey. Writer and director James Gunn explained that the Guardians production team tested a lot of colors before settling on the grey and red combination for the Drax makeup, saying:

… there were enough green people in the MCU and green is the most difficult color to get to look like actual skin. We tested a lot of colors and the grey simply looked best for the character.

Because there were enough green people in the MCU and green is the most difficult color to get to look like actual skin. We tested a lot of colors and the grey simply looked best for the character. https://t.co/fRdSzzpsJM

Continuing this thread of questioning, director James Gunn shared that even as a huge fan of the holidays, a green and red Drax the Destroyer from the comics was simply filled with too much Christmas cheer for Dave Bautista’s Marvel Cinematic Universe makeup. Gunn Tweeted:

“… another reason I didn’t like the green was in some early designs Drax looked too Christmasy for my taste (even though I love Christmas).”

Oh yeah you just reminded me another reason I didn’t like the green was in some early designs Drax looked too Christmasy for my taste (even though I love Christmas). https://t.co/8AOwpvRRDW

Marvel fans were excited by the recent surprise announcement at E3 2021 of a Guardians of the Galaxy video game from Square Enix and Eidos-Montreal to release for Xbox Series X|S, Xbox One, PlayStation 5, PlayStation 4, and PC later in 2021. The game depicts Drax with an appearance more similar to his Marvel Comics look, with green skin and red markings on his shirtless physique.

As Dave Bautista has been out promoting his most recent film, Zack Snyder’s Army of the Dead (2021), he’s been dishing on some of his regrets regarding his time with Marvel Studios. In an interview with Collider, the Drax actor lamented what he sees as a lack of character exploration for the famous Thanos obsessive, Drax, saying:

“Now that I’m four films in…I really wished they would have invested more in Drax, personally. Because I think Drax has more of a story to tell. I think Drax has a really interesting backstory which they dropped the ball on. That’s no dig on Marvel. They had their slate, I know what they’re focused on, that’s what they have slated out. But man, I think they really missed the ball on Drax.”

We will see the classic grey and red Drax portrayed by Dave Bautista back with his Guardians family in Guardians of the Galaxy Vol. 3 on May 5, 2023. The film, written and directed by James Gunn, will return cast Chris Pratt (Star-Lord), Zoe Saldana (Gamora), Bradley Cooper (Rocket Raccoon), Vin Diesel (Groot), Karen Gillan (Nebula), and Pom Klementieff (Mantis) to the Marvel Studios hit franchise.

Did James Gunn make the right choice in changing Dave Bautista’s look as Drax? Or do you prefer the Marvel Comics Drax? Let us know in the comments!