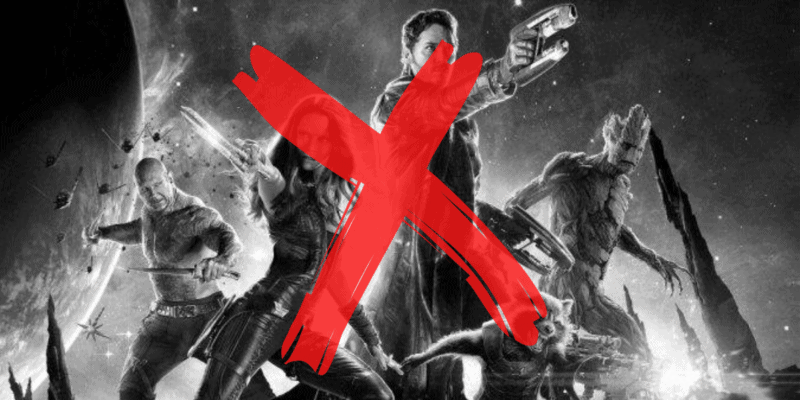 Marvel has a brand-new groundbreaking comic book event that is happening right now called Heroes Reborn, and they are using it to reshape the Marvel Universe as fans have come to know and love it. Just this week they killed off two of the most beloved MCU characters.

In Heroes Reborn #4 by Jason Aaron, James Stokoe, Ed McGuinness, Mark Morales, Matthew Wilson, and VC’s Cory Petit – Rocket Raccoon, and Groot are hired by humanoid aliens – the Kree and the Skrull as bounty hunters to take out Doctor Spectrum a member of the Squadron Supreme who has been wreaking havoc in outer space without their fellow guardians to stop them.

They are also joined by a blinded Watcher – who MCU fans will get to meet in the upcoming What If…? series voiced by Jeffery Wright and well as Stan Lee’s cameo in Guardians of the Galaxy Vol 2 (2017). But the Marvel Comics mission did not go according to plan.

Rocket Raccoon and Groot teamed up with the young Starbrand to hunt down Marvel’s evil version of the Green Lantern, but it is not enough. Doctor Spectrum just came off a fight against Thanos and his reimagined Infinity Gauntlet- the Infinity Rings, which feel like a reference to the upcoming Shang-Chi and the Legend of the Ten Rings (September 3, 2021). Where each ring has the power of an Infinity Stone.

Groot’s body has been turned into a gun that shoots small versions of himself, and Rocket even gains the powers of Starbrand for a moment. But then Doctor Spectrum turns the cancerverse against the guardian. The cancerverse is a Marvel Universe where life beat Death. But every living being in this universe was corrupted resulting in a universe-wide living corpse.

I will spare you the gruesome details of their deaths. But it leaves the talking raccoon and tree’s adoptive child grieving and seeking revenge.

While this does necessarily spell doom for the Guardians of the Galaxy, Marvel often uses their comic books as a testing ground for ideas they want to bring to the big screen. There have already been theories that Rocket Raccoon (Bradley Cooper) may actually be killed off in Guardians of the Galaxy Vol 3 (May 23, 2022) when director James Gunn revealed on Instagram that someone will die in the movie.

Though my bet is it will be Drax (Dave Bautista) since he has recently admitted he wants to be done with Marvel movies.

Heroes Reborn centers around a world that was remade by Mephisto without the Avengers – especially Iron Man/ Tony Stark and Captain America/Steve Rogers. A world Kevin Feige’s Marvel Studios will also have to imagine for the future of the Marvel Cinematic Universe. In the world of Heroes Reborn, the Squadron Supreme is posing as heroes while an evil Agent Phil Coulson is President.

It also imagines a villainous version of the Scarlet Witch/ Wanda Maximoff known as the Silver Witch, who has a combination of hers and her brother Quicksilver/ Pietro Maximoff’s powers, and Marvel Studios has been teasing fans with an evil Scarlet Witch since WandaVision.

Though she will not have super-speed in the upcoming MCU film Doctor Strange in the Multiverse of Madness (March 25, 2022).

In comics, no one stays dead for long, so I am sure Marvel fans will see Rocket Raccoon and Groot again soon, but it still stings when beloved characters are killed off. Luckily, Marvel fans know they will get to see all of their favorite Guardians again in Thor: Love and Thunder (February 11, 2022) and in the Guardians of the Galaxy Holiday Special.