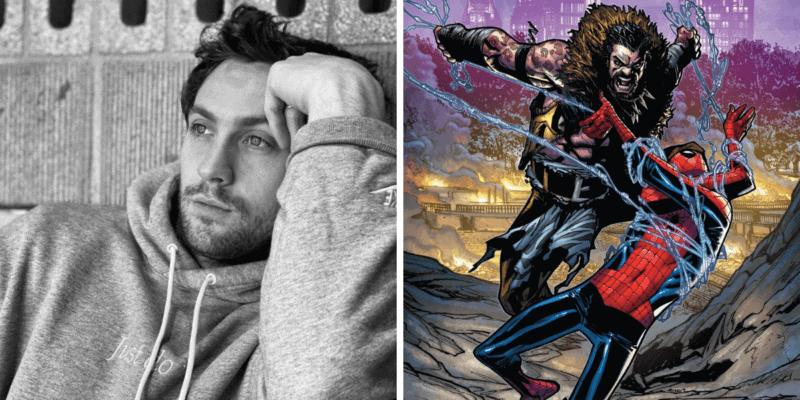 Aaron Taylor Johnson (Tenet) has been cast as the lead in Sony’s newest Marvel character film Kraven the Hunter. The film will be directed by J.C. Chandor (A Most Violent Year) and is scheduled to be released in 2023.

Kraven the Hunter — whose real name is Sergei Kravinoff — is one of Spider-Man’s most notorious enemies. A former member of the original Avengers, Kraven at first hunted big game, but soon that was not good enough and one of his associates convinced him that he should hunt Spider-Man. Kraven took a special elixir to give him super strength and speed, but he was unable to beat Spider-Man on his own.

Kraven then joined the group of Spider-Man’s enemies known as the Sinister Six — whose other members include Sandman, Electro, Vulture, and Mysterio. Vulture — AKA Adrian Toomes — first appeared on screen in the 2017 film Spider-Man: Homecoming and fans met Mysterio on screen in the next Spider-Man film, 2019’s Spider-Man: Far From Home.

The Sinister Six are led by Dr. Octopus, who fans were introduced to on-screen in the 2004 film, Spider-Man 2. Molina is currently set to revise his role as Doc Ock in the 2021 film Spider-Man: No Way Home.

Taylor Johnson’s role as Kraven will not be the actor’s first foray into the Marvel universe. Taylor Johnson also played the brother of Wanda Maximoff , Pietro Maxinoff — AKA Quicksilver — in Avengers: Age of Ultron, which premiered in 2015.

Even though Disney purchased Marvel in 2009, and Spider-Man is a part of the Marvel family, Disney does not own the exclusive rights to Spider-Man. The rights to Spider-Man — and the villains and other characters associated with him, including Kraven the Hunter —  are still retained by Sony Pictures. In 2019, Marvel President Kevin Feige and Sony came to a deal that would allow Tom Holland’s Spider-Man films to be shown on Disney+.

Information on Kraven the Hunter has remained scarce, with Taylor Johnson being the only credited cast member so far. The film will be written by Matt Holloway and Art Marcum. Holloway and Marcum have been a part of the Marvel family for some time — they were both original screenwriters for the 2008 Marvel film Iron Man — the first official film that introduced the Marvel Cinematic Universe.

Are you excited to see Aaron Taylor Johnson in another Marvel role? Let us know in the comments!