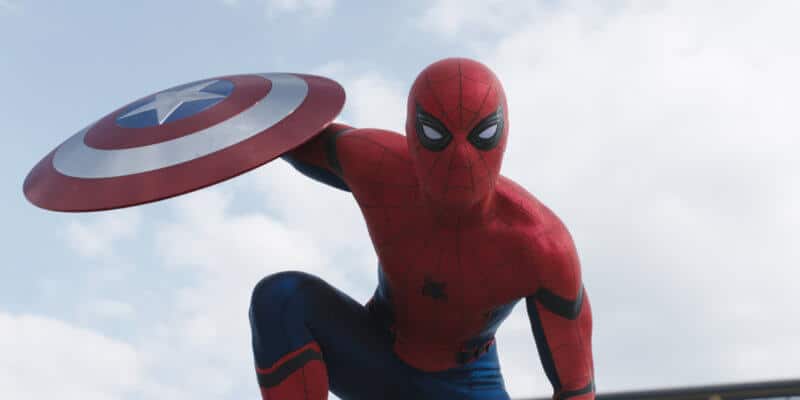 Spider-Man fans–Peter Parker is slinging back into action in theaters with Spider-Man: Homecoming for a limited time at participating AMC Theaters and we couldn’t be more excited!

Tom Holland delighted audiences around the world when Spider-Man: Homecoming first hit theaters in 2017. In fact, the film did so well it grossed over $880.2 million–a major score for Disney, Marvel Studios and Sony Pictures. Now, AMC is looking to piggyback off of this film’s past success by bringing Spidey and a few other famous films back to the big screen for an encore.

Tickets for the film are available now at select theaters as part of AMC’s $5 bring back-movie tickets. Given the fact that very few films have been released, as of recent, the movie company is enticing fans with past hits, including Jurassic Park, Rocky, and Shrek. All of which, will be playing at these select theaters now through September 3.

For those looking for a double feature, they can start with Spider-Man: Homecoming and then catch a screening of its sequel Spider-Man: Far From Home, which is also currently screening at select AMC theaters as part of this special encore presentation.

As we previously mentioned, production is rumored to begin shortly on the film series’ third film, which was put on hold due to the recent pandemic. However, the film is now expected to begin principal photography in September, or whenever Tom Holland gets done filming Uncharted, another film he’s starring in for Disney.

Even with the production’s temporary halt, the third film starring the high-flying Spider-Man is still expected to be in theaters next year. At least, as of yet, Marvel Studios has not changed the film’s release date.

What are your thoughts on AMC bringing recent hit films back to its theaters in an attempt to bring moviegoers back to the movies? Let us know in the comments!

Comments Off on ‘Spider-Man: Homecoming’ Web-Slings Back To Theaters