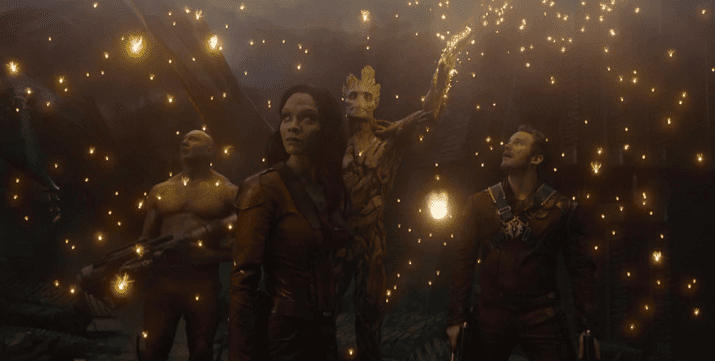 Actor Dave Bautista, perhaps best known as Drax in Marvel’s Guardians of the Galaxy and Avengers movies, recently spoke to The Hollywood Reporter about all things movies — including whether or not all of the Benatar’s crew will actually show up in Thor: Love and Thunder (2022).

But, before he talked MCU, Bautista spoke about another major role — the time he found himself cast alongside Daniel Craig in the James Bond film, Spectre (2015).

Bautista played Mr. Hinx, one of SPECTRE’s primary henchman. Due to this, he was heavily featured in the movie and spent quite a bit of time working directly with Craig in fight scenes.

During his The Hollywood Reporter interview, the discussion turned to the fact that Bautista has also just been cast in Rian Johsnon’s Knives Out 2, with Craig once again in a leading role.

This led to a conversation about Bautista’s time in the iconic Bond franchise. The experience, seemingly, was not a high point in the MCU actor’s career so far. He said:

“I lost a nose and he [Daniel Craig] lost a knee [while filming a specific Spectre fight scene]. Yes, I am excited to be working with Daniel again. And I’m excited that it will be in a much, much less stressful environment because being on a Bond film is just hard. It’s just stressful. It’s just long days. Logistically, it’s a nightmare. You’re just moving from country to country to country. It’s just a long and slow process. I think Spectre shot for almost a year. My role wasn’t extensive, but I was on the film for eight months. So it’s just a long, long process.”

But, rumors have abounded that the entire Guardians crew is also set to appear in Thor 4 with Chris Hemsworth’s God of Thunder and Russell Crowe’s Zeus. Bautista cryptically shared with THR:

“(Laughs.) Well, assuming that I went to Australia to shoot for Thor 4… (Laughs.) I know that Chris Pratt has announced that he’s in Thor 4, but I haven’t heard from anybody at Marvel or Disney where it would be OK for me to say that I was in Thor 4. So I will neither confirm nor deny. (Laughs.) But having said that, I’ve worked with Taika before, and so I know Taika’s process. Taika’s process is whatever’s written on page, there’s going to be a dozen more opportunities for you to shine because he’s an improvisational-type actor and he’s an improvisational-type director.”

“And as far as I’ve heard, they said it’s not OK to confirm that you’re in the film. But obviously, when all the Guardians are on a Disney jet going to Australia and they photograph us walking into the hotel… (Laughs.) There are photographs of everybody except for me on set. So because there were no photographs of me as Drax on set, I’ve not come out and said, “Yeah, I’m in Thor 4.””

Related: Everything We Know About ‘Guardians of The Galaxy’: Cosmic Rewind

So, there you have it, straight from Drax the Destroyer’s mouth — the Guardians appearing in Thor: Love and Thunder can’t be confirmed or denied at this time. But, really, we all know what that usually means…

It is important to note that Marvel Studios has not officially confirmed that any Guardians of the Galaxy characters have been cast in the upcoming Thor film.

What do you think about Dave Bautista’s recent comments?