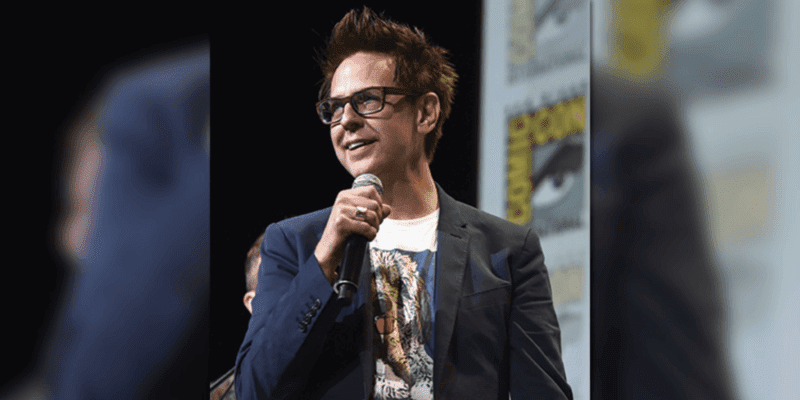 “Cancel culture” has been in the news frequently of late, especially following Mandalorian actress Gina Carano getting fired from the Star Wars franchise due to controversial Tweets.

Some would argue that Marvel director James Gunn was the victim of “cancel culture” himself after he was fired from his position on the Guardians of the Galaxy films a few years ago due to his own controversial social media posts, and then re-hired by The Walt Disney Company. Disney’s decision to ultimately bring Gunn back after his old Tweets surfaced remains a topic of discussion in the Marvel fandom even today.

Now, he has shared thoughts about the current free speech climate.

He took to Twitter this week to express his views on offensive Tweets, free speech, and “cancel culture”:

You can read the full thread below. (Warning: Some strong language.)

To all of those writing me about the times people get unfairly attacked – yes, that sucks! But that doesn’t mean every time someone is offended by something it’s “cancel culture.” Calling EVERYTHING that is a knee-jerk response that destroys your point.

I don’t think there are many people here, on the left or the right, who think Harvey Weinstein shouldn’t have been “cancelled” for what he did.

Likewise, these are all nuanced conversations. I think most Latin people love Speedy Gonzalez, which is a pretty good argument that he shouldn’t be “canceled”. But Pepe le Pew, to me at least, is offensive because of the way he treats that cat.

And a book publisher deciding not to publish some books because some of the images in them are hurtful to minorities, is not cancel culture. That’s THEIR free speech at work.

Most people know that. Most people have different thoughts & feelings about different situations. But Twitter is a place where the extremes on every conceivable side rise to the top, because those ideas are splashier.

And for all of you out there (I see you) saying, “What about people who try to cancel you?! Do they have the right to do that?!” OF COURSE THEY DO. And I will fight for their right to do so. I may not agree with their opinions but I believe deeply in their right to free speech.

Some fans are reading Gunn’s Twitter posts as support for Gina Carano, but he has not confirmed if she was on his mind as he was sharing his opinions.

Has @JamesGunn spoken up in defense of his former @Disney co-worker @ginacarano?

Has @JamesGunn spoken up in defense of his former @Disney co-worker @ginacarano ? https://t.co/AzO4ApRrCo

What’s going on with Guardians of the Galaxy Vol. 3?

The third installment in the Guardians of the Galaxy movie franchise is currently slated for 2023. At this time, it is unknown if the science fiction film will debut solely in theaters or if it will have a simultaneous Disney+ Premier Access release, like Raya and the Last Dragon (2021) and Mulan (2020).

MCU fans don’t have to wait until this upcoming Marvel movie to see the Guardians crew, however. The Benatar gang is expected to appear in Thor: Love and Thunder (2022), which is currently filming in Australia.

Related: Christian Bale Goes Down Under For ‘Thor: Love and Thunder’

At this time, plot details for the upcoming Marvel Cinematic Universe film have not been confirmed, thought the online rumor mill is churning.

What do you think about James Gunn’s recent Tweets?