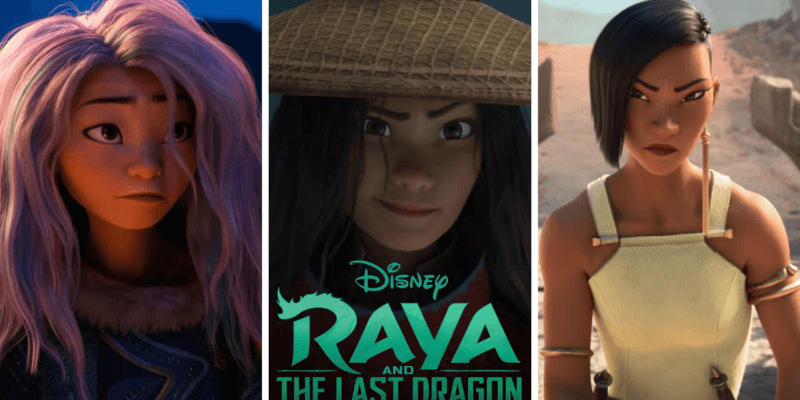 Raya and the Last Dragon showcases Southeast Asian cultures in a visually beautiful and meaningful way — and the significance of this film is amplified by the era of our world today.

The importance of representation in Raya and the Last Dragon has been discussed since the film was first announced at D23 Expo 2019. But during the virtual press conference for the upcoming movie by Walt Disney Animation Studios, the cast and crew behind Raya touched on why it matters that this particular movie — featuring an Asian cast, representing Southeast Asian cultures, and showcasing the importance of trust as its primary theme — is being released this year. Specifically, it was acknowledged during the conference that this film is being released during a time of injustices that the Asian-American community at large has endured (Disney, as a company, has taken a stand against Anti-Asian racism).

Moderator Jeannie Mai honed in on why this film matters in 2021 and posed a question to the cast and crew during the virtual press conference.

“It’s hard to see such a beautiful celebratory film about our cultures and these communities without talking about the current times of what’s happening,” Mai shared. “I know a lot of you have been very vocal about what’s happening out there with injustices and Asian-American lives, elderly Asians that are being targeted…”

Mai asked the cast and crew what they feel about the timing of Raya and the Last Dragon being released and what they hope audiences will take away from the movie.

Sandra Oh, who voices Virana, Namaari’s mother and the chief of the Fang land, shared that she was “extremely moved” by the film’s theme of trust, and how she is personally struggling with that.

Oh said, “Art is here to pose questions, you know, and to potentially suggest possibility. And I think even if we start with that question to see in oneself, Who do I trust? How am I not trusting? Can I trust? Can I trust that other side? Can I trust that other side — that proved positive that this is what has been done to me? But as the theme of the story — which is, we can’t go on as a society, the world can’t continue without this openhearted-ness — and the truth that I think Raya learns… and also Namaari, I think, learns, is that you have to just keep breaking your heart again. You have to be willing to have your heart broken again and again and again just to keep it open. Because I think that we know hate is not finished by hate, it is only won over by love.”

One of the film’s writers, Qui Nguyen, also shared his take on why Raya and the Last Dragon is significant right now, in particular.

“I don’t think we had any idea of how the world would become by the time this movie would come out, especially when it comes to the injustices to the Asian-American community right now,” Nguyen said. “I guess I’ll just be frank: there’s been some time in the last 365 days where there’s been a lot of negative imagery and words said about Asians, and so it’s hard to not appreciate that this movie is coming out and kind of giving a counterpoint and just telling a positive story.”

More Information: ‘Raya and the Last Dragon’ Preorder and Tickets Now on Sale

He shared, “I think step one is representation and really being out there…both behind the camera, the stories we tell, and then just being out there so we realize — so we can acknowledge that this world is all of us, not just any one of us. Because without that, I don’t know how we get better. So I’m appreciative and grateful that this movie is coming out when it is.”

Daniel Dae Kim, who voices Chief Benja (Raya’s father) in the film, also shared his perspective. He emphasized why it is so important that Disney, in particular, made this movie.

“I think we can’t undervalue the power of the fact that this is an actual — this is a Disney movie, and the people that will be watching this movie, by and large, are families,” he said. “Parents, with their children, seeing this kind of representation and understanding what is possible.”

Daniel Dae Kim shared that it is significant that young children will have the opportunity to see a strong Asian female who is on the path to become a ruler, who has a loving relationship with her father, and who is a true warrior.

“All of these things are such a positive portrayal, and as Qui was saying, it’s exposure that brings understanding, and that understanding is what changes perception,” Kim said. “What this movie does on the scale of those things cannot be underestimated.”

Raya and the Last Dragon is in theaters and on Disney+ Premier Access beginning March 5. Read more about how you can watch this film in our guide here, and click here to sign up for Disney+.