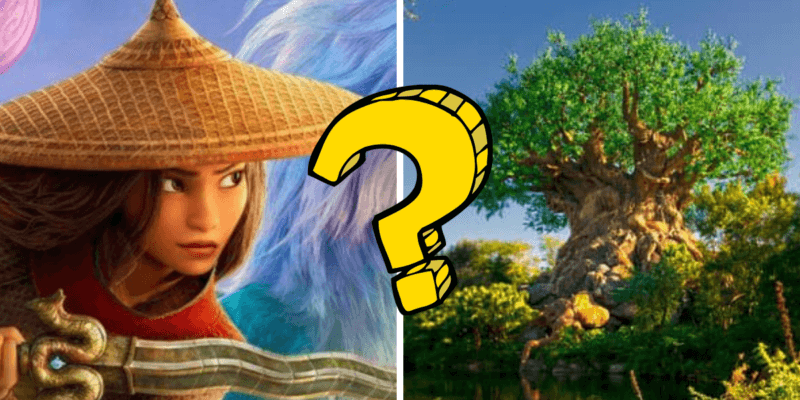 Over the last few months, Disney has hyped their upcoming film Raya and the Last Dragon. Fans have been looking forward to this new Disney movie — and there’s plenty of reasons why!

Raya showcases Disney’s shift toward representation in their films, featuring the first Southeast Asian Disney Princess. The movie will also follow the dragon, Sisu, a character some have even compared to Robin Williams’s Genie from Aladdin. Though you can certainly preorder the film for Disney+ or get your tickets now for the film’s theatrical release on March 5, maybe you want to experience some Raya magic as soon as possible.

If this sounds like you, take a look at what’s coming to Animal Kingdom in just a few days.

Disney brings the magic of animation to Animal Kingdom by giving Guests the full animation experience. Walt Disney World Resort Guests can draw their favorite classic Disney characters in this wild Disney park at the Conservation Station, from Timon and Pumbaa to Bambi. The characters featured change periodically, so there are fun new characters to draw even for frequent park Guests, such as Annual Passholders.

Now, Disney announced that animators will be teaching Guests how to draw a new character from Raya — Tuk Tuk! Here’s what the Disney Parks Blog had to say about the newest Animal Kingdom Animation Experience:

And beginning February 22, learn to draw new characters from “Raya and the Last Dragon,” including Raya’s faithful companion Tuk Tuk.

Part-pill bug, part-pug, part-high speed off-road vehicle and all adorable, Tuk Tuk has been Raya’s best friend since she could hold him in the palm of her hand. As part of the experience, you’ll see a behind-the-scenes look at the inspiration for Tuk Tuk shared by Kelly Marie Tran (voice of Raya) and Awkwafina (voice of Sisu).

How incredible! Not only will Guests get an up-close look at new animal friend Tuk Tuk, but they will also be able to draw other Raya and the Last Dragon characters. If you think this adorable new Disney animal is charming, there’s more good news for Disney fans of this upcoming film!

Fans will see even more from Raya as a 40-ton sand sculpture – featuring the film’s characters – takes shape on Discovery Island. Between the new film and new spots to catch our new favorite hero, it seems like Disney’s Animal Kingdom could be a perfect new home for Raya and her band of heroes. This film just might be an opportunity for a retheme within the Asia area of Disney’s Animal Kingdom park.

With these temporary Raya editions to Animal Kingdom, imagine how nicely Disney’s Raya would fit into Disney’s Animal Kingdom as a permanent addition to the park.

What would be more exciting? How about a refurbishment of an existing attraction! While the UP! A Great Bird Adventure experience is cute, it does not exactly draw a large crowd. A stage show featuring Raya and her friends would be a fun addition to Animal Kingdom, without taking over a beloved attraction.

This could also be an opportunity for Disney to refurbish and reimagine a ride that Guests appreciate, but are not necessarily attached to its theme. Of course, this attraction is Kali River Rapids.

While Kali River Rapids is exciting, it isn’t really considered a Guest favorite. Some feel the ride soaks them too much, while others are simply bored by the nearly non-existent storyline. With the amazing reputation that the Disney Parks in Asia have for rides that tell a story, this ride seems especially out of place in the Asia-themed area of Animal Kingdom. Asia has a rich history with fantastic stories to tell. It seems wrong that this ride does not tell a more prominent story to represent the diverse cultures and stories of Asia. So, it could make sense to retheme Kali River Rapids to Raya and the Last Dragon.

But, some may hesitate at the idea of more mythical creatures in a park about real animals. However, I think this would be a logical addition as well.

Disney pairs the best of both worlds in their wildest theme park — real, majestic animals and mythical fantasy. When Animal Kingdom was planned before its inception, Disney Imagineers wanted to bring a fantasy world to Guests along with a realistic experience via the magic of nature.

Imagineers knew that fantasy does not dampen the stories of real creatures — it enhances that story. Though not present in the original Animal Kingdom, mythical creatures have slowly materialized at Animal Kingdom through the years. The first large example of this mythical pairing is Expedition Everest, with its phenomenal (if somewhat stationary) Yeti. Most recently, Animal Kingdom welcomed Pandora – The World of Avatar, which likely saved Animal Kingdom from complacency and irrelevance.

Why stop that trend now? Mythical creatures still pair well with Animal Kingdom’s aesthetic. At its heart, Disney’s Animal Kingdom promotes harmony with nature and conservation of life. Raya and the Last Dragon centralizes around the preservation of the last living dragon, with beautiful nature scenes throughout the film.

Plus, who wouldn’t love to see a dragon at Animal Kingdom? A banshee is close, but the original signage of Animal Kingdom includes the silhouette of a dragon. It would be so amazing if Raya’s legendary dragon, Sisu, could finally make that dream of dragons in Animal Kingdom a reality.

You can see Disney‘s Raya and the Last Dragon in movie theaters and on Disney+ starting March 5.

Would you like to see Raya as a permanent addition to Disney’s Animal Kingdom Park? Let us know in the comments!