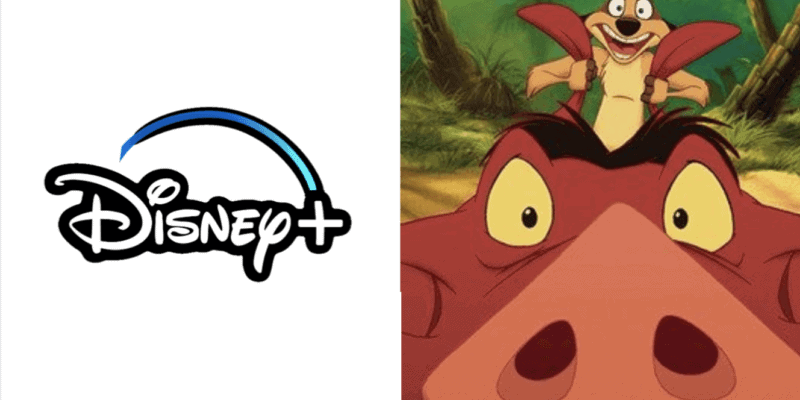 The direct-to-video animated movie showcased the misadventures of the meerkat and warthog duo before they met Simba and taught him the ways of the “Hakuna Matata” life.

Disney has already created a Lion King spinoff with Disney Junior‘s Lion Guard series. The Disney Channel children’s show follows the future of Simba’s pride via the adventures of his son, Kyon.

There has been no confirmation about whether or not the possible Disney+ original series will feature characters from the 1994 Disney’s The Lion King animated film or the new version of the movie. Though, we can guess the reported Disney+ Lion King series would likely be a comedy and could potentially feature Billy Eichner (Timon) and Seth Rogen (Pumbaa), who voiced the beloved Disney characters in the 2019 live action Lion King remake.

Although Disney has yet to confirm anything about an upcoming streaming Timon and Pumbaa series, they have recently announced several original Disney+ series. New original content is necessary to keep Disney in the streaming game against industry giants like Netflix.

A Disney documentary series called Prop Culture will give fans a look at film artifacts from classics like Mary Poppins and newer franchises such as Pirates of the Caribbean.

Furthermore, Disney+ executives have confirmed a Robin Hood remake featuring the characters from the 1973 Walt Disney classic and a Beauty and the Beast prequel series following Gaston and LeFou. Josh Gad is set to reprise his role as Gaston’s sidekick.

What upcoming Disney+ content are you most excited about? Do you think a Timon and Pumbaa Disney+ series would be worth watching? Tell us in the comments!