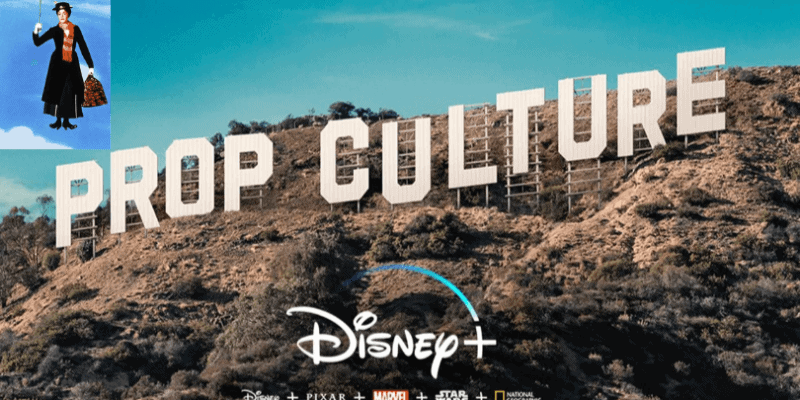 Earlier today, Disney treated us with an awesome announcement.  We just recently got news of what to expect for releases on Disney+ in April, but in about three weeks on May 1st, 2020, Disney+ will be launching a new original series called Prop Culture.

Movies to be Featured

There will be eight episodes which will feature movie props from Pirates of the Caribbean, Mary Poppins, Tron, The Nightmare Before Christmas, Who Framed Roger Rabbit, Honey, I Shrunk The Kids, The Chronicles of Narnia: The Lion the Witch and the Wardrobe, and The Muppet Movie.  The best part about this original series launch is that we don’t have to wait for weekly new episodes to launch.  They will be releasing all eight episodes at the same time for our binging pleasure!

Entertainment Weekly got an exclusive first look to some of the props that they will be highlighting and it’s going to be amazing to get a peek into how these iconic pieces create Disney magic on screen.

From Mary Poppins, we will get a look into are Mary Poppin’s iconic bag full of tricks and the carousel horses.  You know the ones that hop through the animated scene with real running horses.  That’s only one of the movies that Dan Lanigan is showcasing for us.

Dan Lanigan, the host of Prop Culture, is who we will be following through the Walt Disney Archives on this very rare occasion.  It isn’t often that The Walt Disney Company allows people in there for a look so this is truly a special treat for us to see some of the secrets behind the infamous Disney movie industry.  Lanigan is a movie items collector so you could say he’s pretty well informed, especially since he also works in television production.

Every movie that will be featured in Prop Culture is also available for streaming on Disney+.  That way you can watch the movie again after you’ve seen the story behind the props that are being featured.

All we can say is that we’re super excited for this inside look into the Disney films!