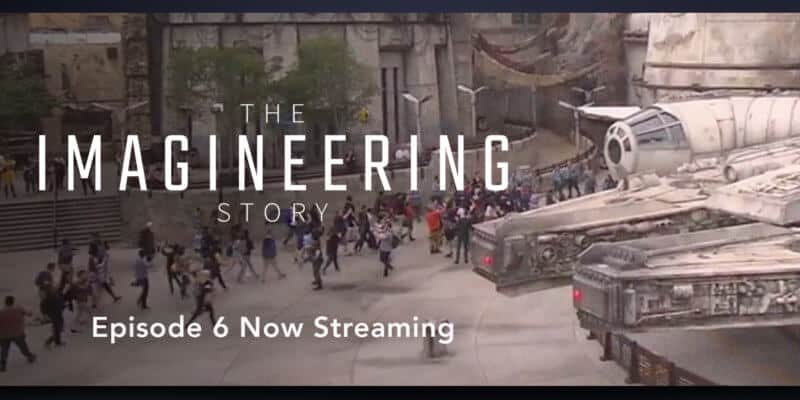 Disney just dropped the season finale of their Disney+ original show, The Imagineering Story. Episode six, titled To Infinity and Beyond, gives us an inside look at a new Disney Resort in China and some behind-the-scenes secrets at brand new attractions like Star Wars: Rise of the Resistance.

Guests who’ve had the opportunity to experience the newest attraction at the Walt Disney World Resort have been raving about this ground-breaking ride. The highly anticipated second attraction inside Star Wars: Galaxy’s Edge, Rise of the Resistance, is Disney’s most technologically advanced effort in Disney Parks history. And fans agree! Opening to massive crowds and great reviews, this is Disney’s newest must-do ride!

So, now the question is, how did Disney do that?! Well, thanks to Disney+’s The Imagineering Story, we can get some answers!

Episode 6- The Imagineering Story; To Infinity and Beyond

During The Imagineering Story’s final episode, To Infinity and Beyond, Imagineers talk about all the challenges, trials and errors, and ultimately, the success they found when they combined three rides into one to create the signature finale experience in Rise of the Resistance.

The attraction involves a trackless vehicle that glides through the different scenes of the story. However, there is a very cool surprise that will leave guests wondering how Disney pulled that off! We don’t want to give away too many spoilers about the attraction or the show, so we’ll just leave it at that and encourage you to check it out. You won’t regret it!

Fans, including us, have been relishing all the “backstage” access this fantastic show has been giving us. Episode 6 is the final episode of The Imagineering Story, but we sure hope to see this show renewed for many more seasons!

Have you been watching The Imagineering Story on Disney+? We highly recommend it! If you’ve been watching, let us know in the comments what your favorite episode has been so far. We want to make sure we don’t miss it!