The Original Mary Poppins, Julie Andrews, is Starting a Story Time Podcast! - Inside the Magic 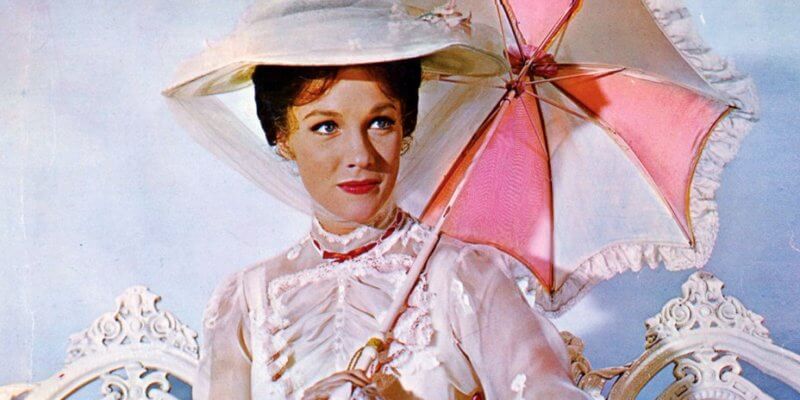 Julie Andrews Edwards, who worked with Walt Disney on the original 1964 Mary Poppins film, has announced that she and her daughter, Emma Walton Hamilton, will launch a family-friendly story time podcast, called Julie’s Library, later this spring.

Hamilton is a children’s author who, among other things, is known for her “A Very Fairy Princess” series. She and her famous mom have also co-authored nearly 30 books for kids, including “Little Bo in London,” “Julie Andrews Treasury For All Seasons,” and “Dragon: Hound of Honor.”

The upcoming podcast will feature Andrews and Hamilton reading classic and current children’s books. In light of the current global situation, Andrews and the team at American Public Media have pushed the start date for Julie’s Library to “as soon as possible.”

"This is so much, to me, like WWII in a way…the sense of unity it provides."@JulieAndrews tells us her message for everyone during these difficult times and how she is bringing people comfort through things like new children's series #JuliesGreenRoom. pic.twitter.com/uKzNGTVDZc

Andrews also said of the endeavor, “It is our hope that the stories and ideas we share on Julie’s Library will provide family listening pleasure, inspire meaningful conversations, and be a trusted resource for literary enjoyment and learning.”

She continued, “From our family to yours… we send our warmest wishes for your continued health and safety. We can’t wait to read with you!” If you are interested in learning more and staying updated about the progress of Julie Andrews’s podcast, visit Julie’s Library’s official website.

Andrews and Hamilton join other Disney stars who have already begun reading children’s books to help alleviate stress for families during this difficult time.

Josh Gad, the voice of Frozen’s Olaf, has been reading bedtime stories on Twitter and Disney actors Chris Evans and Hilary Duff have both partnered with @SaveWithStories.

If the news about Julie’s Library has you in the mood to watch a Julie Andrews movie, you’re in luck! Disney+ has several titles that feature the multi-talented singer and actress.

Classics like Mary Poppins, featuring the beloved Banks family, and The Sound of Music (which came to Disney through it’s 20th Century Fox acquisition) are available for streaming.

Both Princess Diaries films, featuring Anne Hathaway alongside Andrews, are also on Disney+.

Tell us your favorite Disney Julie Andrews movie and what you think about Julie’s Library in the comments!