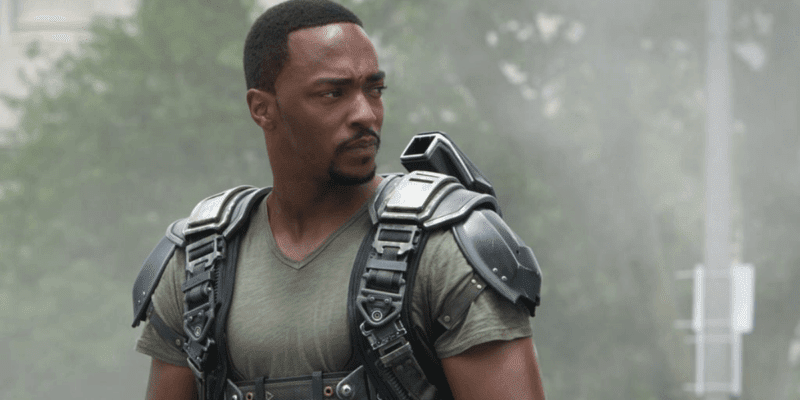 Last week saw the climatic finale of The Falcon and the Winter Soldier. The season conclusion saw a lot of loose ends tied up, but in true Marvel fashion, left a lot of questions hanging (er, flying?) in the air. With a potential title change and new faces taking on new roles, the Avengers television spin-off was an overall hit with fans during its six-week run.

While the series was a bit hit or miss with critics and fans, the show did set up some big moves for Kevin Feige’s MCU. In the future, we may see a Dark Avengers or even a Thunderbolts team-up happen, especially with Contessa Valentina Allegra de Fontaine’s (Julia Louis-Dreyfuss) rebranding of Wyatt Russell’s Captain America into U.S. Agent and Daniel Brühl’s Helmut Zemo on the scene — or, with the mysterious links to the criminal city of Madripoor through the newly introduced Power Broker.

What we do know however is that Captain America 4 has been announced, and while we don’t know anything much regarding casting or the plot, what we do know is that it will be written by The Falcon and the Winter Soldier creator Malcom Spellman and Marvel staff writer, Dalan Musson. Last Friday, Marvel fans experienced a lot of excitement. From the conclusion of The Falcon and the Winter Soldier – which saw the heroes join forces with Sharon Carter (Emily VanCamp) to defeat the Flag-Smashers, led by Karli Morgenthau (Erin Kellyman) — to the breaking news of Captain America 4, there was a lot to process.

As expected, the star of the show, Anthony Mackie himself, was overwhelmed with the outpouring of support from fans.

What a Friday it has been… thank you to everyone who’s seen The Falcon and the Winter Soldier!

What a Friday it has been… thank you to everyone who’s seen The Falcon and The Winter Soldier!#SamWilsonIsCaptainAmerica #FalconAndWinterSoldierFinale pic.twitter.com/wzSKZFnRUX

Many speculated about who would be coming back to reprise their role as Captain America in the fourth installment. Some said Evans would bring Steve Rogers back, but most believe the role is a lock for Mackie’s Sam Wilson. It would just have probably been a good idea for someone to tell him, too…

How did Anthony Mackie find out about Captain America 4?

“I literally found out yesterday in a grocery store […] The checkout guy named Dwayne, a cool cat, he’s like, ‘Yo, man. Is this real?!’ […] I’m like, ‘I haven’t heard anything.’ That’s what I love about working for Marvel. They call you, they’re like, ‘Come to L.A. We wanna tell you what’s going on.’ So, I’m excited to see what happens, but I haven’t heard anything.”

Mackie went on to joke about how Marvel might still introduce another new star-spangled hero.

Although, Marvel have remain tight-lipped on a future season of The Falcon and the Winter Soldier, both Sebastian Stan and now Anthony Mackie have commented on a potential Season 2.

“It’s always great to go to work with Sebastian [Stan]. And Kari [Skogland], our director, was amazing. It would be fun..to do.”

Spellman and Kari Skogland’s The Falcon and the Winter Soldier debuted with the eyes of the world watching. Recently, Nielsen — the viewership tracking platform — released data revealing that the Marvel television show had debuted at the top of the list with a total of 628 million minutes watched worldwide for the first two episodes alone. The Disney+ original beat out Netflix’s Ginny & Georgia and The Crown, as well as Hulu’s Solar Opposites.

Despite the new Captain America himself not being aware (or being told!) that a new Cap project is underway, it’s safe to assume that actor Anthony Mackie will be reprising his new role as the iconic Avenger. The Marvel universe Phase 4 continues this summer with Tom Hiddleston’s Loki, before continuing into 2022 with movies like Doctor Strange in the Multiverse of Madness, and Black Panther 2 — which will see a new Wakandan hero take up the Black Panther namesake due to the death of Chadwick Boseman last year.

As ever with Marvel Studios, we won’t know until we know.

Where were you when you found out about Captain America 4?