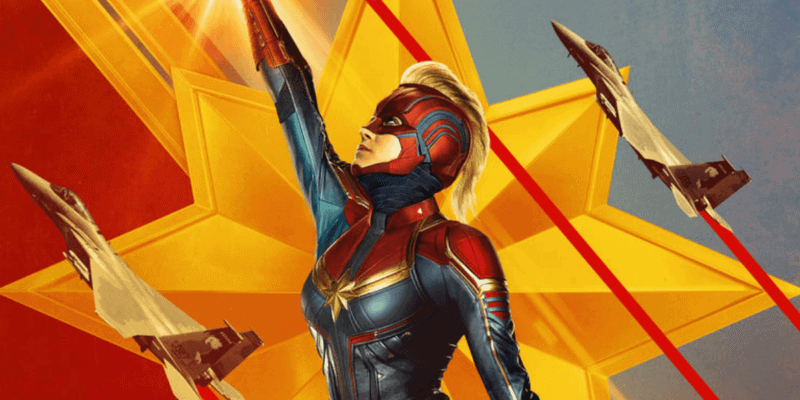 With all the drama going around with Black Widow’s simultaneous theatrical and Disney+ release, Marvel fans may have missed this news about the MCU’s other leading lady Carol Danvers AKA Captain Marvel (Brie Larson).

Production on the Captain Marvel (2019) sequel is still in early stages, so much of it remains a mystery. However, a recent casting update has added Park Seo-joon, a popular Korean actor, in an unnamed role.

Park Seo-joon may be an unfamiliar name to American audiences, but he has starred in a variety of popular South Korean drama such as Kill Me, Heal Me (2015), and in 2019’s Academy Award Best Picture Winner Parasite. And his fans could not be more delighted to hear that he will be joining the Marvel Cinematic Universe in The Marvels on November 11, 2022.

The Marvels will bring back Captain Marvel and team her up with Monica Rambeau (WandaVision‘s Teyonah Parris). It will also add Kamala Khan AKA Ms. Marvel (newcomer Iman Vellani), who will be introduced in her own Marvel Phase 4 series Ms. Marvel. Ms. Marvel has wrapped filming and was originally set for a winter release this year but with Hawkeye officially announced as the next live-action Marvel Studios original series to stream on Disney+ on November 24 it is unlikely fans will meet their first Muslim superhero until 2022.

Related: ‘Ant-Man’ Favorite May Not Return For Marvel’s Next Installment

Some fans have suggested that the Korean star could be playing one of the most famous Korean superheroes in Marvel Comics – Amadeus Cho AKA Brawn. While Amadeus Cho is a long-time teammate of Kamala Khan on the Champions, a new version of the Young Avengers, it would make more sense to introduce Amadeus in a show like She-Hulk, since he got his powers from the Hulk. Captain Marvel 2 might not be the best place to introduce him.

Amadeus Cho went by a few other Hulk-inspired names including the Incredible Hulk, the Totally Awesome Hulk, and the Prince of Power. He became the new Hulk after the Fall of the Hulks and the death of Bruce Banner at the hands of Hawkeye. He has had great difficulty controlling his rage as he tried to repress his emotions and push himself to become a stronger superhero.

Amadeus Cho first appeared in Amazing Fantasy Vol 2 (2005) by writer Greg Pak. He popped as a side character for a while working with the Incredible Hercules before writer Greg Pak gave him superpowers in 2015’s Totally Awesome Hulk. This made him one of the most popular Asian American superheroes in Marvel Comics.

Amadeus Cho is a super genius, the seventh smartest person described as having monstrous intellect. If Marvel Studios ends up combining more Champions with the Young Avengers he is certainly a good option. Another Champion who has been rumored to appear is the younger version of Nova – Sam Alexander. With his cosmic origin and connection to Guardians of the Galaxy (2014) Nova Corps. Sam is traditionally Hispanic, so while Park Seo-joon certainly will not be playing him in Captain Marvel 2, Cho could show up as Sam’s best friend.

A more likely candidate would be Noh-Varr AKA Marvel Boy. The whole premise of The Marvels is to bring the whole family of Marvel-named superheroes like various versions of Captain Marvel. Fans should never forget that Monica Rambeau was Captain Marvel long before Carol Danvers, though it is unclear if she will take on the name of Spectrum or Photon in the MCU. His character definitely fits in the Captain Marvel sequel, which will bring so many Marvel Studios’ Marvels together for the first time in the Marvel Universe.

Adding Marvel Boy would also fill out the roster of the Young Avengers, which are clearly in the works. We met Billy AKA Wiccan (Julian Hilliard) and Tommy AKA Speed (Jett Klyne) in WandaVision. Kate Bishop AKA Hawkeye (Hailee Steinfeld) is coming in Hawkeye. And Cassie Lang AKA Stature (Kathryn Newton) is expected to get her powers in Ant-Man and the Wasp: Quantumania. Elijah Richardson is debuted as Eli Bradley AKA Patriot in The Falcon in the Winter Soldier. And Kid Loki (Jake Veal) showed up in Loki.

Who Is Marvel Boy?

Noh-Varr is a super-powered soldier from the Kree empire so it definitely makes sense to have Captain Marvel encounter him as she continues her mission to take down the Kree and the Super Intelligence (Annette Bening). He has gone by both Marvel Boy and Captain Marvel in the comics and has joined quite a few including the Avengers, the Dark Avengers, the West Coast Avengers, the Guardians of the Galaxy, and most importantly the Young Avengers.

He was introduced in the comic book Marvel Boy (2000) by writer Grant Morrison and artist J.G. Jones. He originally came from an alternate reality, which the MCU could even keep now that Loki has opened up the Marvel Multiverse. Marvel Boy didn’t reach his height of popularity until Kieron Gillen brought him back for the Young Avengers.

He decided to stay on Earth after joining the Young Avengers and falling in love with Kate Bishop. He was later revealed to be bisexual during his time on the Guardians of the Galaxy when he dated Hercules. If this is kept in the MCU, he would be the second bisexual character after Tom Hiddleston’s Loki. One of the greatest loves of his life was Oubliette Midas, the daughter of one of his main villains – Doctor Midas. Doctor Midas was a particularly mad genius who disfigured Oubliette in order to train her to kill every person she ever met.

He also worked for the Inhuman Royal Family in Marvel Comics and Kamala Khan is famously an Inhuman in Marvel Comics. It is unclear if Kevin Feige’s Marvel Studios will keep this origin for Ms. Marvel since the Inhumans television show was considered an utter failure and they have since regained the rights to the X-Men.

If Not Marvel Boy – What About Hulkling?

Hulkling is the last Young Avenger who does not have a confirmed point of entry into the MCU. Theodore “Teddy” Altman is the son of the original Captain Marvel – the Kree warrior Mar-Vell.  Mar-Vell was retconned in Captain Marvel to be a woman, played by Annette Benning, so fans have been looking for where else the MCU could introduce the King of Space.

He is half-Kree, half-Skrull, so many are looking for his introduction in Secret Invasion. Another Marvel Studios original series following a secret Skrull invasion on Earth starring Samuel L. Jackson as Nick Fury and Ben Mendelsohn as Talos, who was introduced in Captain Marvel. But just because that is what fans expect based on Marvel Comics that does not mean they will get it. Just look at who Mephisto never appeared in WandaVision.

Hulkling’s shapeshifting ability means literally anyone could play him. Even though he normally appears as a white man in the comics to more resemble his adoptive mother. The now Emperor Hulkling is the son of the Skrull Princess Anelle, whose mother Empress R’kill could be behind the MCU’s Secret Invasion.

Since Talos (Ben Mendelsohn) is his maternal great grand uncle many think that’s where the Kree Skrull hybrid will make his MCU debut. Many are excited to see him finally meet his now-husband, Billy AKA Wiccan in the Young Avengers. He would add a lot to the roster of LGBT characters coming to the Marvel Universe. He could also be the solution to Captain Marvel’s problem with the Skrull empire.

If Hulkling does not appear in The Marvels, played by Park Seo-joon then something about his origin could be teased in the Marvel film and Seo-joon could even play a relative of his in some way in his MCU debut. Fans are certainly excited to see what Director Nia DaCosta has in store for them when the Captain Marvel sequel hits theaters on November 11, 2022.

Let us know in the comments if you are excited that Park Seo-joon is coming to the MCU.