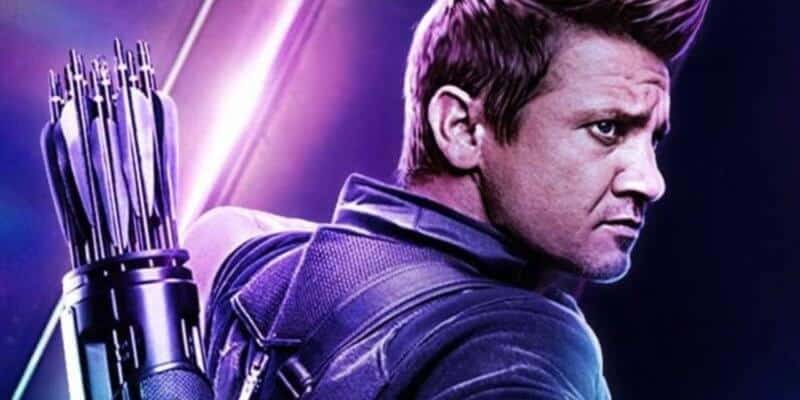 Marvel fans certainly are living in blessed times with all the new original series that are coming to Disney+. We’ve already gotten WandaVision, The Falcon and the Winter Soldier, and Loki. What If…? is right around the corner on August 11 but now we finally know when the next live-action series is coming.

Hawkeye is coming on Wednesday, November 24.

Related:  When Will Taskmaster Reappear in the MCU?

Not much has been announced about Clint Barton AKA Hawkeye’s (Jeremy Renner) solo series. We knew that it would introduce the other Hawkeye, Young Avenger Kate Bishop (Hailee Steinfeld). Kate Bishop took on the Hawkeye mantle when Clint Barton stepped down during Avengers: Disassembled.

Hawkeye also features Maya Lopez AKA Echo (Alaqua Cox) the first Native American superhero in the Marvel Cinematic Universe. She will be the second deaf character to debut in the MCU since Makkari (Lauren Ridloff) will appear in Eternals on November 5, 2021, just two weeks ahead of Echo.

Disney released the first look to Entertainment Weekly and announced the release date on Twitter saying:

It has been confirmed that Marvel’s Hawkeye will last six-episode series. The show will bring the Marvel Cinematic Universe back to a smaller scale as the Avenger’s marksman takes on a street-level struggle that is expected to pull a lot from writer Matt Fraction’s award-winning Hawkeye Marvel Comic book run. It has been rumored that Jeremy Renner’s Hawkeye will also become deaf as he did in that comic book series.

The series has been rumored that it will bring back Vincent D’onofrio Wilson Fisk AKA Kingpin from the Netflix series Daredevil, which starred Charlie Cox as Matt Murdock AKA Daredevil. Charlie Cox in turn is rumored to show up in the upcoming Spider-Man: No Way Home (December 17, 2021). Looks like one of the most underserved characters in the MCU will be taking on the big hitter with nothing but a bow and arrow.

Kingpin will not be the only antagonist in the series. After that post-credit scene from Black Widow (2021), we also know that Yelena Belova (Florence Pugh) will also show up to get revenge against Hawkeye for the death of her sister Natasha Romanoff AKA Black Widow (Scarlett Johansson) in Avengers: Endgame (2018).  Contessa Valentina Allegra de Fontaine (Julia Louis-Dreyfus) has recruited Yelena as well John Walker AKA U.S. Agent (Russell Wyatt), so he could also make a surprise cameo to help out his potential Thunderbolt or Dark Avengers teammate.

Hawkeye will most likely explore themes of love and legacy just like how Falcon and the Winter Soldier passed Captain America’s shield to Sam Wilson (Anthony Mackie). Clint Barton could be passing the Hawkeye identity to Kate Bishop. It might also introduce Marvel fans to the West Coast Avengers, as both Hawkeyes have led different versions of the team.

The Marvel movies have not explored much of Hawkeye’s backstory beyond giving him a family in Avengers: Age of Ultron (2015). He is often maligned as the weakest of Earth’s Mightiest Heroes but it’s time he gets his own due like other underrepresented MCU characters like Wanda Maximoff AKA Scarlet Witch (Elizabeth Olsen).

Check back here as more details are released ahead of the Hawkeye release date Wednesday, November 24th on Disney Plus.