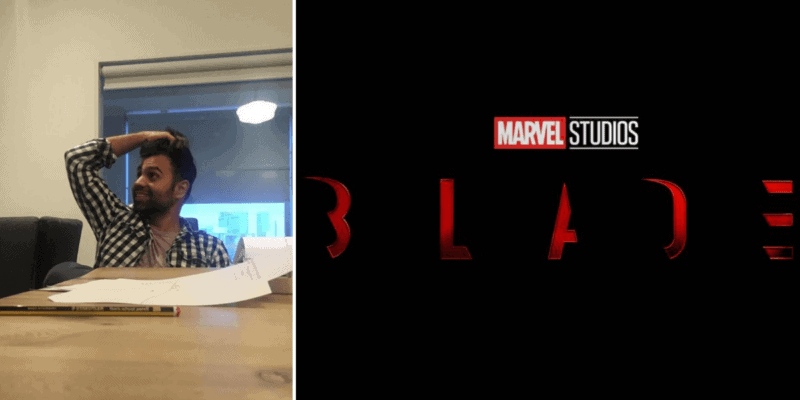 With Black Widow currently out in theaters, Kevin Feige’s Marvel Cinematic Universe is back on the big screen. Phase 4 did start earlier this year in January when WandaVision debuted on Disney+, shortly followed by The Falcon and the Winter Soldier and Loki.

The back end of the year continues Marvel’s blockbuster outings with Shang-Chi and the Legend of the Ten Rings (2021), Eternals (2021), and then finally, Spider-Man: No Way Home (2021). There are a plethora of projects underway too, including things like The Marvels (2022) and Black Panther: Wakanda Forever (2022), and then there’s the more secretive stuff like Fantastic Four and Blade. Well, we are now hearing that Blade just found its director.

The character of Eric Brooks AKA Blade found his way back into the hands of Marvel in 2011. The character was originally made famous on the big screen by Wesley Snipes in the New Line Cinema-produced Blade (1998), but the upcoming MCU production of Blade will star Academy Award winner Mahershala Ali in the titular role. Not much else is known about the vampire-centric superhero movie apart from the fact that Stacy Osei-Kuffour is attached to pen the script — making her the first Black female to write a feature film for the Marvel studio.

However, news out of the Blade camp is starting to ramp up as the new Marvel film has reportedly found its director in the form of Bassam Tariq (Mogul Mowgli). Per Deadline:

After a thorough search that involved months of meeting a slew of talent, Marvel’s new Blademovie has found its director. While a deal is not yet done, sources tell Deadline that Bassam Tariq […] is in talks to helm the new adaptation of the popular comic with Mahershala Ali set to play the iconic vampire hunter.

The report goes on to add the long journey to finding the right director for Marvel’s Blade reboot that was announced during the 2019 San Diego ComicCon.

Feige, Ali and studio execs have been meeting with dozen of candidates going all the way back to the fall, at one point considering writer-director options before ultimately separating the two and tapping Osei-Kuffour to pen the script. Since her hiring, Marvel shortened its list of possible director choices and started another round meetings that started in March and went through June. Those that made the final cut met and delivered their final presentations over that time, and in the end it was Tariq’s vision that ultimately won all parties over.

It is not unusual for an actor of the movie to be involved in these creative talks, but Ali’s presence here may point to him also being a producer of Blade as well as its leading man — Scarlett Johansson was a producer on her solo epic, Black Widow. Although, Marvel Studios have not revealed any further information so far.

Tariq also marks the sixth directorial appointment of a person of color for an MCU movie — he follows Ryan Coogler (Black Panther), Destin Cretton (Shang-Chi and the Legend of the Ten Rings), Taika Waititi (Thor: Ragnarok, Thor: Love and Thunder), Nia DaCosta (The Marvels), and Chloé Zhao (Eternals). DaCosta’s role for the Captain Marvel sequel also marks her as the youngest filmmaker to direct a Marvel movie.

Marvel President Kevin Feige has continued to seek diversity in his projects, proving that this will continue into Marvel’s Phase 4 and beyond. He recently spoke about the commitment he has for Marvel to represent everyone, and it is evident in his creative choices both on the camera and behind it that Marvel Studios is practicing what they preach.

And not just for their feature films, The Falcon and the Winter Soldier creator Malcolm Spellman pulled together a nearly all Black writers room to tell the story of Sam Wilson’s shift from Falcon to the new Captain America. Feige is seemingly listening to his audiences and offering entertainment that tells stories for all not just for some.

When is Blade released?

It is not yet known when the MCU’s incarnation of Blade will be released but all signs seem to suggest an October 2023 release if this release calendar shift around is anything to go by.

Interestingly, the only tease Marvel fans have had thus far about anything relating to Blade is a throwaway comment in Michael Waldron’s Loki when the Time Variance Authority (TVA) referenced “vampires”. It will certainly be an exciting time when vampires, and the eponymous vampire-hunter, do show up in the MCU.

Are you looking forward to Marvel’s Blade? Let us know in the comments!