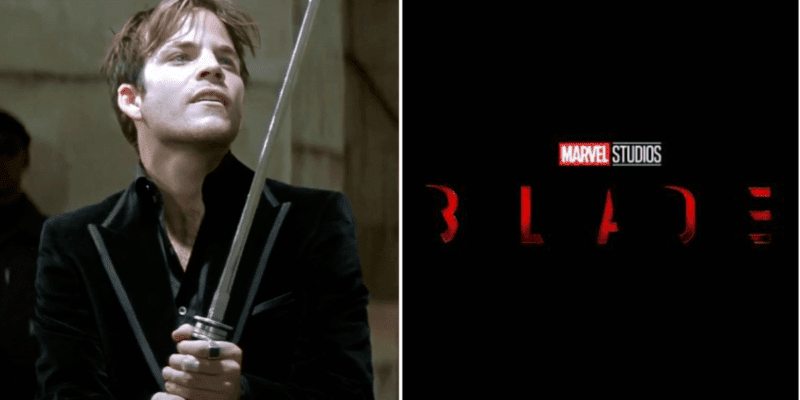 Now, that same actor has weighed in on another upcoming Marvel project and one that he has a history with.

In a recent interview with The Independent, Stephen Dorff — Deacon Frost in New Line Cinema’s Blade (1998) — spoke out about the “garbage” Black Widow movie, commenting also on how he felt “embarrassed” for the leading actress herself, Scarlett Johansson (Natasha Romanoff AKA Black Widow).

Black Widow is, of course, the latest outing from Marvel Studios and sees Johansson’s character returning to the world of the MCU one more time to tell more of Natasha’s backstory.

The 24th MCU movie was released last week both in theaters and via Premier Access on Disney+ — with figures showing it is being well-received by fans across the globe. Black Widow joins small-screen successes, WandaVision, The Falcon and the Winter Soldier, and Loki as part of the MCU’s growing Phase 4.

With Dorff’s comments probably leaving a sour taste in many Marvel fans’ mouths, you might expect the True Detective actor to remain tight-lipped on anything superhero-related moving forward. In fact, Dorff has now spoken up about the Blade reboot that is expected to release sometime in the near future from Marvel Studios.

Speaking to Zavvi, Dorff had this to say about Blade when asked if he might consider joining the MCU reboot.

I have no idea what’s going on with that movie, and don’t think they’ve even hired a director yet. What I will say is what made Blade so special was the director, Stephen Norrington, and I don’t think either of the sequels were as effective – they didn’t have what he brought to the material.

The film felt ahead of its time in a major way, I think that and The Matrix set the bar for the type of comic book movies we see today.

Dorff isn’t wrong about the project not having a director yet — or at least, not one that has been publicly announced. The project currently only has Mahershala Ali in the title role and Stacy Osei-Kuffour tapped to write the script. Osei-Kuffour’s involvement makes her the first Black female writer for a Marvel feature film.

Dorff then went on to comment on the eponymous character, the vampire-hunting hero, Eric Brooks AKA Blade:

What those movies had that a lot of modern comic book movies miss is a clear directorial vision: Blade is a one note character by design, he shows up, looks cool and kicks ass.

Dorff continued to discuss Blade, mentioning how his True Detective co-star, Ali, would take on the role.

Mahershala will be incredible doing that, but you need strong writing and direction to help elevate that character, and I don’t know what Marvel’s vision is for Blade. I just know that Mahershala is a hell of an actor, and that he’ll be great in the role.

The original Blade saw Wesley Snipes take on the role of Blade with Dorff playing opposite as the villain Deacon Frost. The vampire movie while produced by Marvel Entertainment was distributed by New Line Cinema. The rights to the Blade character reverted back to Marvel Studios in 2012, paving the way for his introduction in the greater MCU.

It’s been quiet on the Blade front for a while but a recent shift around of upcoming Marvel release dates points to the movie being released sometime in the fall of 2023. Halloween is perfect for vampires after all.

Are you excited to see Mahershala Ali as Blade? Let us know in the comments!