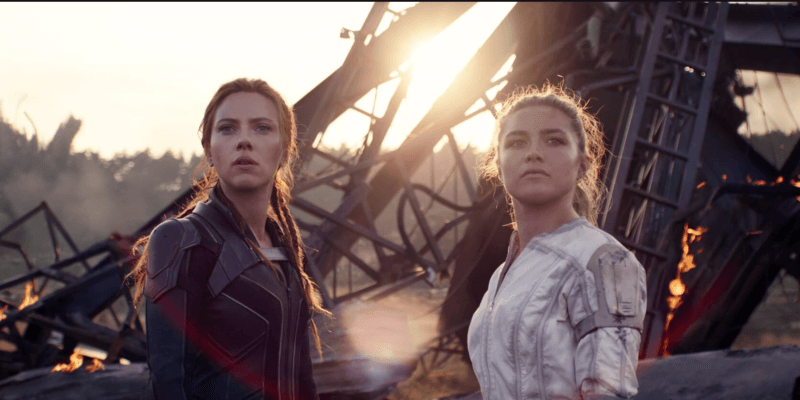 It’s safe to say that Black Widow has been a long time coming. Originally set for release in May 2020, the effects of the global pandemic shifted the Marvel film not once, not twice, but three times, with a finalized release happening on July 9, 2021.

Following Scarlett Johansson’s, Natasha Romanoff, the eponymous Black Widow, the next installment in Kevin Feige’s Marvel Cinematic Universe tells the action-packed adventures of Natasha’s past. Black Widow is hotly anticipated but that hasn’t stopped one other Marvel actor from absolutely trashing the upcoming movie. Yikes.

Signaling to many the return of big blockbuster movies from big Hollywood studios, Black Widow‘s summer release not only highlights the arrival of the MCU’s Phase 4 in theaters but also sees Marvel fans returning to said theaters after a prolonged delay — the last MCU outing was Spider-Man: Far From Home (2019) which wrapped up the Phase 3 slate.

It will be interesting to see how Marvel manages Black Widow’s existence within the greater MCU. We know that the solo spy thriller should have launched Phase 4 for the Marvel Studio, but because of its extended setbacks, fans were instead treated to three Disney+ Originals. WandaVision released in January, followed by The Falcon and the Winter Soldier, and now Loki. And that’s not to mention how her emotional death in Avengers: Endgame (2019) will play into the new Marvel film.

Intriguingly, one surprising character in The Falcon and the Winter Soldier should have appeared first in Black Widow — how this affected the storytelling overall is anyone’s guess, but it just goes to show that the team at Marvel Studios are very good at what they do, even when facing an industry-altering global pandemic.

Not only will Johansson reprise her role as the fan-favorite Avenger last seen with characters like Captain America, Iron Man, and Hawkeye, but Cate Shortland’s Black Widow also welcomes new characters into the MCU like Yelena Belova (Florence Pugh), Alexei Shostakov (David Harbour), and Melina Vostokoff (Rachel Weisz). The movie will also introduce the villain, Taskmaster, but to who is playing the mercenary no one knows.

It is all sounding very positive over at the Black Widow camp. A revival of sorts from Johansson’s Natasha, new characters, and an exciting thriller story that looks more James Bond than Marvel — Black Widow looks set to dominate the summer box office.

Well, one person just brought down the mood in a big way. And what makes it more shocking, is the actor already has ties to Marvel — albeit from a long time ago.

Speaking to The Independent, actor Stephen Dorff — who played the villain Deacon Frost in Blade (1998) — has issued a scathing statement of the newest Marvel movie, along with concerns for its star, Scarlett Johansson.

Dorff began with a no holds barred attack on the entertainment industry.

The Blade actor then delivered a seemingly impassioned speech about Marvel’s next cinematic outing.

It’s very clear from Dorff’s sentiments here that he is not a fan of the big blockbuster corporation that is Marvel Studios or to go deeper, the superhero genre in general. The actor’s comments on finding a new “Kubrick” point to the idea that he intends to steer clear of anything remotely mainstream too, which means an appearance in the MCU’s version of Blade is likely out of the picture.

Marvel’s reboot of Blade — which is yet to get an official release date — sees Mahershala Ali in the title role that Wesley Snipes made famous on the big screen. Aside from Ali’s casting, little is known about the vampire-centric Marvel film. Although signs point to it getting a Halloween 2023 release.

Marvel’s Black Widow has its theatrical release on July 9 and via Premier Access on Disney+. It will be made available for all streaming service users in October.

Are you excited to finally see Black Widow? Let us know in the comments!