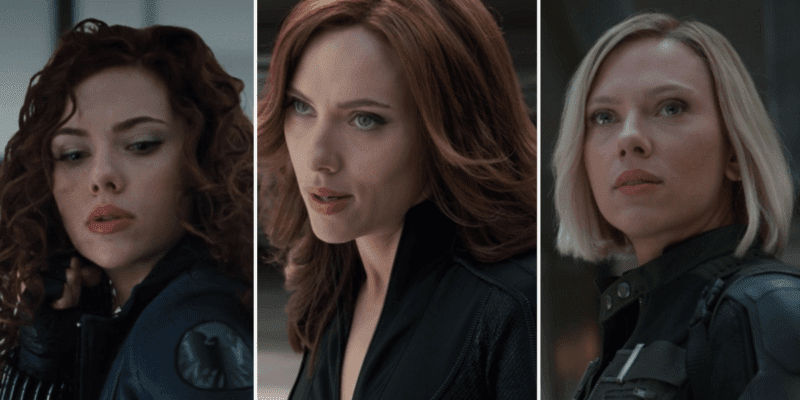 With each new Marvel project released comes the question of where it sits in the timeline. What started with Iron Man in 2008, has now become the mammoth, and sometimes overwhelming, Marvel Cinematic Universe. And not only movies make up this gargantuan feat of filmmaking — this year has seen the beginnings of Marvel’s small-screen exploits with shows like WandaVision, The Falcon and the Winter Soldier, and more recently, Loki.

Next up for the film side of Kevin Feige’s Marvel Cinematic Universe is the solo Black Widow feature film which sees Scarlett Johansson return to the big screen playing the eponymous Avenger. Wait, didn’t Natasha die in Avengers: Endgame (2019)? — well, yes, but as with anything Marvel, this project isn’t a chronological release. Here’s your guide on what to watch before seeing the new Black Widow thriller.

Johansson’s Natasha Romanoff AKA Black Widow first appeared in the MCU in the Iron Man sequel, Iron Man 2. Initially introduced as Tony Stark’s (Robert Downey Jr.) assistant, Natasha was eventually revealed as the famous Marvel Comic spy sent by S.H.I.E.L.D’s Nick Fury to keep an eye on the roguish inventor. Since that first appearance, Natasha has gone on to star in a number of the MCU’s most popular movies including all four of the Avengers team-up films.

If you’re confused as to where to start with the complete story of Natasha Romanoff, look no further because we have you covered.

How to watch all Black Widow’s movies in chronological order

The MCU’s stories existing as one giant whole — that is, most Marvel projects do in fact carry on from another. It should be said though that not all of Marvel’s films have direct links to their successors but more so the films confirm where the character exists in the expanded timeline.

Natasha’s first appearance came in 2010’s Iron Man 2 which continued the story of Iron Man after Tony Stark’s admission that he was the superhero. The Black Widow Marvel fans saw here was quite different from the S.H.I.E.L.D agent she became to be later down the line. Johansson has recently spoken out about the portrayal of her character in the Marvel sequel, specifically commenting on how “sexualized” Natasha was in this earlier MCU installment.

The world got its first taste of what is now the world’s biggest, and most lucrative, superhero crossover event when Joss Whedon’s The Avengers (2012) arrived in theaters. Bringing together Iron Man, Thor (Chris Hemsworth), The Hulk (Mark Ruffalo), Hawkeye (Jeremy Renner), Captain America (Chris Evans), and Black Widow, The Avengers saw the formidable group tackle an alien threat of massive proportions in the middle of New York City. It is here that Marvel hinted at Natasha’s past through her friendship with Clint Barton/Hawkeye.

Another year, another Marvel movie and the MCU continued to grow with the second installment in the Avengers event. Age of Ultron brought back the squad to face a new villain, this time in the form of the super-strong, super-intelligent, Ultron. It is in this film that viewers got to hear about Natasha’s tragic past and her experiences of being brought up in the Red Room — something the Black Widow solo feature will delve deeper into.

While lauded as the third Captain America sequel, Civil War could in fact be the honorary fifth Avengers film. Bringing back most of the cast from the previous installments, the Russo Brothers’ Captain America film saw the biggest internal clash of heroes since the MCU began. With the world on the brink of policing the Avengers’ actions via the Sokovia Accords, two sides are formed and go to battle over what they think is right. Natasha fought her own internal battle here when she was forced to choose between her head and her heart.

Director Cate Shortland’s Black Widow finally releases this year after being pushed back multiple times due to the pandemic. Natasha’s solo feature is less of an origin, due to its place in an already established timeline, and more of a specific snapshot of her life prior to her immense sacrifice in the Infinity War two-part conclusion. Although, Shortland’s thriller will also delve into Natasha’s backstory in the Russian Red Room AKA the Black Widow training program.

Coming out of hiding following the disastrous events of Captain America: Civil War, Natasha, along with Steve Rogers and Anthony Mackie’s Sam Wilson/Falcon arrive just in time to save their fellow superheroes Wanda Maximoff (Elizabeth Olsen) and Vision (Paul Bettany). This is perhaps the film that reveals the least about Natasha’s story so far, and with such a crowded slate of characters, it’s easy to see why. That being said, Infinity War provides peak Black Widow action from start to finish.

If you know, you know. The climactic conclusion to the epic Infinity Saga saw the world come to terms with the loss of half the universe’s population following Thanos’ (Josh Brolin) catastrophic Infinity Stone event. Natasha also made the ultimate sacrifice as part of the Avengers “time-heist” which aimed for the superheroes to seize control of the Infinity Stones and reverse what Thanos did. And with huge stakes, comes the risk of not making it back — as we saw when Natasha chose to sacrifice herself over Clint in order to retrieve the Soul Stone on Vormir.

There you have it. If you don’t have time to watch all 23 of the MCU’s films as well as the many hours of television shows, then these Natasha-centric movies in the Marvel Universe will set you up for super Black Widow time.

Are you looking forward to seeing Black Widow? Let us know in the comments!