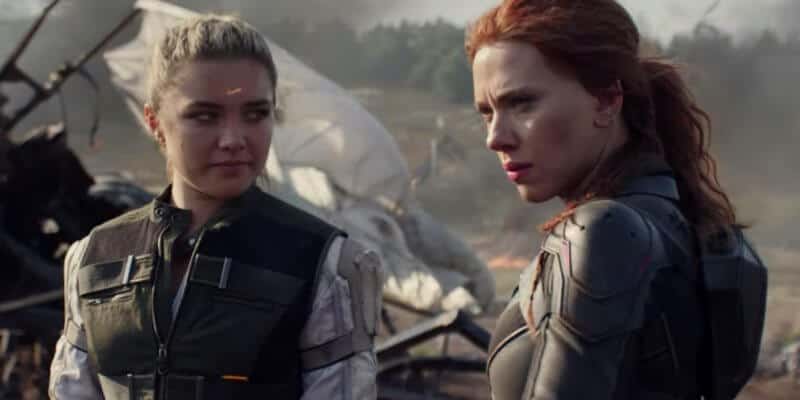 It may seem hard to believe, but it has been 11 years since Marvel fans first met Scarlett Johansson’s Natasha Romanoff/Black Widow in Iron Man 2 (2010). Since then, Johannson’s character has been in seven other Marvel films, including Captain America: The Winter Soldier (2014), Avengers:Infinity War (2018), and Avengers: Endgame (2019). Johansson has said that Black Widow will be her final film as the Russian spy-turned-Avenger.

In the new Black Widow film, which takes place seven years before the events of Avengers: Endgame, Natasha must team up with her government-formed “family”, of sorts, to help defeat the forces who are working to take her down. One of those “family” members is Natasha’s “sister” Yelena Belova, played by Florence Pugh.

Black Widow director Cate Shortland felt that it was important for the two women to have a bond, so their on-screen relationship would be more believable. In an attempt to achieve that bond, Shortland brought in a coach to perform trust exercises with the two women. However, that approach didn’t work. What did work was something unexpected — a headlock.

Scarlett Johansson and Florence Pugh recently sat down with The Hollywood Reporter to talk about the film and the headlock moment where they were truly able to create a bond. Johansson said:

“So we bonded over a headlock. There was a rehearsal period, and (director) Cate Shortland brought in someone who could coach us through some bonding and trust exercises. And that was kind of goofy and fun. But the real bonding happened on the first or second day of Florence’s work when we immediately slammed each other into door frames and cabinets. It was so physical, and it was a real icebreaker.”

In Marvel Studios’s action-packed spy thriller “Black Widow”, Natasha Romanoff aka Black Widow confronts the darker parts of her ledger when a dangerous conspiracy with ties to her past arises. Pursued by a force that will stop at nothing to being her down, Natasha must deal with her history as a spy and the broken relationships left in her wake long before she became an Avenger.

Black Widow will premiere simultaneously in theaters and on Disney+ with Premier Access on July 9. The film will be available to all Disney+ subscribers on October 6, 2021.

What do you think of Scarlet Johansson and Florence Pugh’s interesting bonding experience? Let us know in the comments!

Comments Off on ‘Black Widow’ Stars Failed Trust Exercises, Bonded Over a Headlock