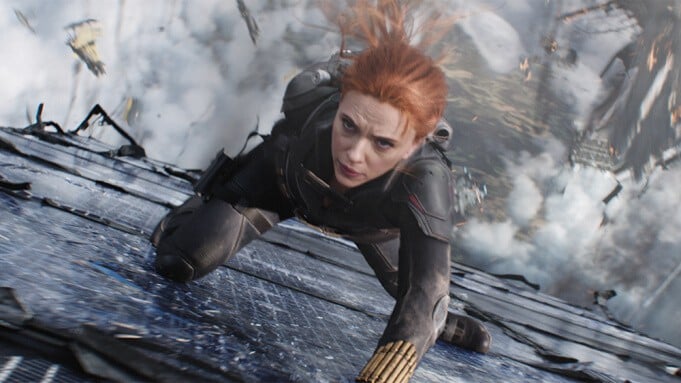 When movie theaters around the world were forced to shut down due to the pandemic, Disney thought that it had found a solution in Disney+ with Premier Access. For an additional fee, Disney+ subscribers would be able to purchase a certain film offered by Disney and be able to watch the film as many times as they want from the comfort of their own homes — all before regular Disney+ subscribers gain access to it at a later date.

Unfortunately, it looks like Disney’s release savior may be coming back to bite them.

Scarlett Johansson is currently suing The Walt Disney Company, claiming that a simultaneous release of her new movie Black Widow in theaters and on Disney+ has violated her contract, which she says promised her a solely theatrical release. Emma Stone, star of Disney’s Cruella, which was also simultaneously released in theaters and on Disney+ back in May, is also reportedly considering her legal options.

Disney did not take Johansson’s lawsuit lying down and clapped back, calling the lawsuit “disheartening” and saying that the Black Widow star was showing a “callous disregard” for the issues that plagued the company, and the rest of the world, because of the COVID-19 pandemic. Disney also stated that Johansson had already made $20 million for her work in the film.

Disney is now being called out by one of the largest agencies in Hollywood for their response to the lawsuit. Creative Artists Agency (CAA) — which represents Johansson — is slamming Disney for purposefully revealing how much Scarlett Johansson has made on the new Marvel film.

Johansson’s agent Bryan Lourd, who is also the co-chairman of CAA, made the following statement:

“I want to address the Walt Disney Company’s statement that was issued in response to the lawsuit filed against them yesterday by our client Scarlett Johansson. They have shamelessly and falsely accused Ms. Johansson of being insensitive to the global COVID pandemic, in an attempt to make her appear to be someone they and I know she isn’t,” Lourd’s statement reads. “Scarlett has been Disney’s partner on nine movies, which have earned Disney and its shareholders billions. The company included her salary in their press statement in an attempt to weaponize her success as an artist and businesswoman, as if that were something she should be ashamed of. Scarlett is extremely proud of the work that she, and all of the actors, writers, directors, producers, and the Marvel creative team have been a part of for well over a decade.”

Typically, the total amount stars make for their films is not widely publicized — most earnings are speculated and estimated. However, Lourd believes that Disney released Johansson’s Black Widow salary as a way to make it look like she is just being greedy. Per the agency, Disney may feel that it will be hard for Johansson to gain sympathy when people see how much she has made from Black Widow up until now.

Lourd also claimed that Disney only made the statement because the company knows that they violated their contract with Johansson. Lourd said:

“They have very deliberately moved the revenue stream and profits to the Disney+ side of the company leaving artistic and financial partners out of their new equation. That’s it, pure and simple. Disney’s direct attack on her character and all else they implied is beneath the company that many of us in the creative community have worked with successfully for decades.”

While there is no way to determine just how much Black Widow would have made from a solely theatrical release, based on the fact that it made an estimated $60 million in its first 10 days from streaming alone, Johansson feels that Disney has shorted her an exorbitant amount of money.

This is a constantly evolving case and Inside the Magic will keep readers update as more information comes to light.

Do you think Disney should have revealed how much money Scarlett Johansson made? Do you agree with her agent? Let us know in the comments!