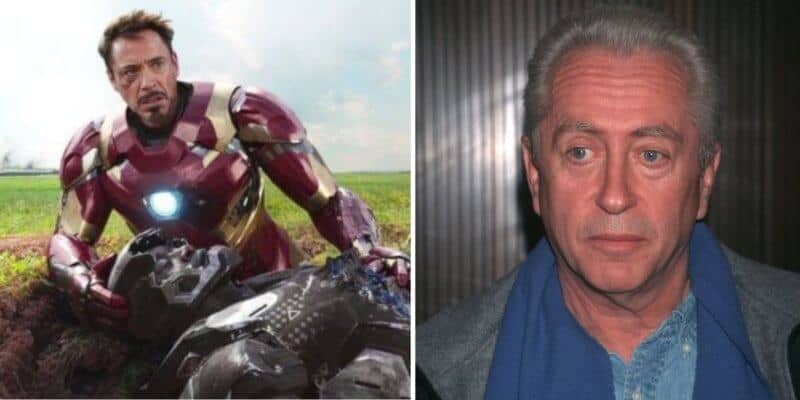 Unfortunately, one Avenger is currently mourning the loss of his 85-year-old father.

It has just been announced that filmmaker Robert Downey Sr. has passed at the age of 85, leaving behind his children — one of which is Robert Downey Jr. who is well-known in the Marvel Cinematic Universe as Iron Man/Tony Stark.

Robert Downey Jr. clearly got his start in acting and love for the craft from his father, who worked as both an actor and director from the 1950s through to 2011. Robert Downey Sr. was with his third wife and best-selling author Rosemary Rogers when he passed in his New York home. The filmmaker had been battling Parkinson’s for years.

Robert Downey Sr. was well known from the start of his career due to the success of 1961′s Balls Bluff and 1964’s Babo 73. In 1969, Downey Sr. took off even further with the release of Putney Swope. The actor was always a good father to his children, including Robert Downey Jr., attempting to keep them out of the Hollywood spotlight as much as possible to give them a normal life.

The father of stars Robert Downey Jr. and Allyson Downey, the director, writer and producer largely stayed away from press, mostly to protect his famous kids. But in 2001 when his Oscar-nominated son was facing cocaine charges, Downey Sr. spoke to The Post at length about the difficulties being in Hollywood.

Downey Sr. lived quite an impressive life — even before joining the entertainment industry. Downey Sr. served in the Army, played minor-league baseball, and was also Golden Gloves boxing champ. He then became a playwright for off-off-Broadway productions all before the age of 22. It seems greatness runs in the Downey Family.

RIP Bob D. Sr. 1936-2021…Last night, dad passed peacefully in his sleep after years of enduring the ravages of Parkinson’s ..he was a true maverick filmmaker, and remained remarkably optimistic throughout..According to my stepmoms calculations, they were happily married for just over 2000 years.
Rosemary Rogers-Downey, you are a saint, and our thoughts and prayers are with you.

All of us at Inside the Magic send our condolences to the Downey Family at this time.

Have you ever watched anything created or starring Robert Downey Sr.?

Comments Off on Robert Downey Sr., Father of Iron Man, Passes Away