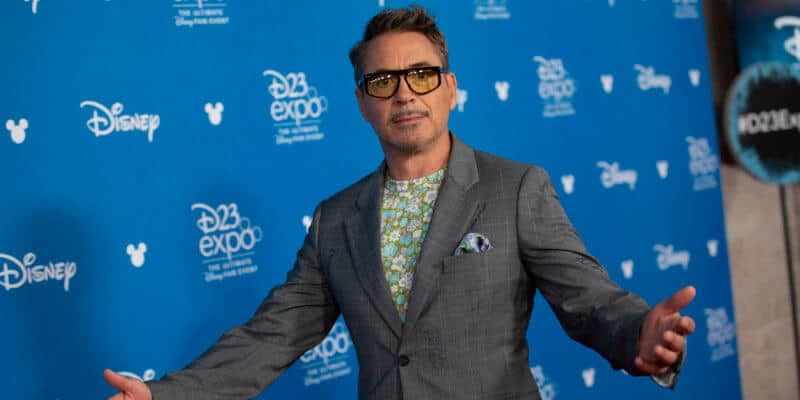 Robert Downey Jr. is well known for his role as Avenger Tony Stark / Iron Man in the Marvel world, and considering his immense popularity in the franchise, it is interesting to speculate what Downey Jr.’s next move is with Disney, if there even is one. At the moment, there has not been confirmation of a new Disney project for Downey Jr., but it seems the Disney door could be open for the actor.

If you are a Marvel fan, you likely know that when a death occurs in the MCU, there is almost always a way to bring that character back for future movies or series, such as via the multiverse. This is something that we have seen clearly demonstrated between Avengers: Infinity War and Avengers: Endgame, where half of the Marvel Cinematic Universe characters were snapped away in the Blip caused by Thanos.

In order to defeat Thanos (Josh Brolin), however, a death had to take place that felt a lot more permanent. Tony Stark had an emotional departure after a ten-year run as Iron Man, leaving everyone — both on screen and off — wiping their eyes. When it comes to Iron Man returning to the MCU, in the past, Downey has stated that, “I’ve done all I could with that character and can do other things now. Now, being middle-aged, you start looking at the back nine and realize this is all part of the journey, and things end. I am fortunate and eternally grateful to have wound up where I have.”

That being said, during a recent interview with GQ about the same subject, the actor stated “Well… I have alighted, for now. Real world to save. But never say never.”

This is interesting because, until this interview, it seemed as if the option of Downey Jr.’s Iron Man being seen on screen again was a definite no-go.

Could Marvel bring back Tony Stark?

Short answer? Of course. There are plenty of ways to see Iron Man again, which could come from exploring different timelines or even creating prequels to Avengers: Endgame. That being said, in this reporter’s opinion, Iron Man’s death was showcased so strongly that it would dilute its importance if Downey Jr. made a quick return.

Plus, Tony Stark’s death was crucial for the storyline that would follow Peter Parker (Tom Holland) in Spider-Man: Far From Home, which took place after Endgame. Parker is set to follow in Stark’s footsteps in Spider-Man: No Way Home, which really only works as a storyline if Stark remains dead.

There are also two Iron Man spinoffs that Marvel will be bringing to Disney+ — Marvel comic’s Armor Wars starring James ‘War Machine’ Rhodes (Don Cheadle) and Ironheart starring Riri Williams (Dominique Thorne). Robert Downey Jr., however, is not slated to appear in either.

Could we see Downey Jr. in the Disney Parks?

Although currently closed due to the pandemic, Disneyland Resort in Anaheim, California will be opening its Avengers Campus land at Disney California Adventure as soon as reasonably possible. After many delays, the new section is set to hopefully debut at some point this year. Within the land, Disney has confirmed that Iron Man’s suit will make an appearance!

Drake began, “Tony Stark has influenced, from design, everything about Avengers Campus. So making sure that we can deliver on Iron Man, this is huge for us to not only deliver on such an iconic character, but designing it again with Ryan Meinerding and making it something that can walk among us, be right there. We’re going to be meeting him daily.”

“This is a Disney Parks exclusive suit from the Iron Man arsenal. This is the Mark 80,” Fields proclaimed. “You will only find it here. And Iron Man will be waiting for you out front every day, in front of Avengers Headquarters for truly awesome heroic encounters.”

So, from this statement, it does seem that Downey Jr.’s Iron Man will at least live on in the parks! It has not, however, been confirmed if the actor himself has any involvement in the upcoming Avengers themed theme park land.

Considering Downey Jr. left his mark in the MCU, it seems fitting that he would hop to Star Wars next. Many Star Wars fans have been vocal about wanting to see him star in The Mandalorian spinoff, Ahsoka.

As we have previously reported, Lucasfilm has confirmed three spinoff series after the success of The Mandalorian Season 2. The series are Ahsoka, Rangers of the New Republic, and The Book of Boba Fett.  Through social media, fans have been asking Mandalorian creator Jon Favreau and executive producer Dave Filoni to give RDJ the role of Grand Admiral Thrawn in Ahsoka, which is likely to expand upon Ahsoka Tano’s (Rosario Dawson) storyline from The Mandalorian Season 2, Episode 5 (“Chapter 13: The Jedi”).

Ahsoka is expected to serve as a live-action sequel to animated series, Star Wars Rebels. Tano will likely be traversing the galaxy searching for Thrawn and fellow Jedi Ezra Bridger.

That being said, this is all very speculative at this point and no casting has been announced. There is still a chance that another actor such as Lars Mikkelsen (who voiced Thrawn in Star Wars Rebels) could be cast in the role.

What Disney role would you like to see Robert Downey Jr. in next?

Comments Off on Is There More Disney on the Way for Robert Downey Jr.?