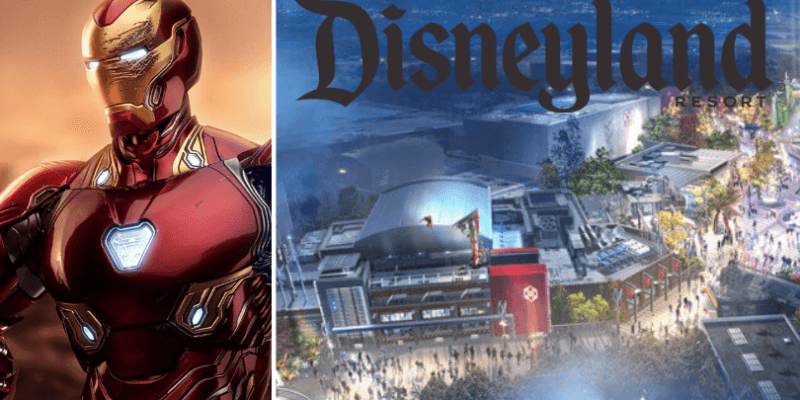 Calling all Marvel superfans and Iron Man enthusiasts! An all-new and never-before-seen Iron Man suit is set to be revealed at Disney’s Avengers-themed land this summer. Here’s what we know so far.

Disney is opening a land themed after Marvel’s greatest superheroes, and we can’t wait to experience it. The new land — appropriately called Avengers Campus — is currently slated to open on July 18, 2020, at Disney California Adventure park in Disneyland Resort in Anaheim, CA.

So far, we know that this land will be pretty spectacular. It will be the home to a Spider-Man attraction (WEB SLINGERS: A Spider-Man Adventure) as well as a currently unnamed E-ticket attraction featuring some of our favorite Marvel characters. There will be plenty of merchandise and food there, too (we can’t way to try Shawarma Palace), but of course, there’s one thing we’re the most excited about: all the amazing Marvel heroes who will be roaming around the land, including Doctor Strange, Black Panther, and more.

We found out last month that Iron Man will be wearing a new suit in Avengers Campus: the Mark 80. But now, though, thanks to a report by Comicbook, we know a little more about the all-new and never-before-seen in the MCU Iron Man suit will be there in Avengers Campus starting this summer.

Drake began, “Tony Stark has influenced, from design, everything about Avengers Campus. So making sure that we can deliver on Iron Man, this is huge for us to not only deliver on such an iconic character, but designing it again with Ryan Meinerding and making it something that can walk among us, be right there. We’re going to be meeting him daily.”

“This is a Disney Parks exclusive suit from the Iron Man arsenal. This is the Mark 80,” Fields proclaimed. “You will only find it here. And Iron Man will be waiting for you out front every day, in front of Avengers Headquarters for truly awesome heroic encounters.”

We don’t know about you, but these details definitely get us excited to meet Iron Man in person in this all-new land at Disney California Adventure. Like many of you, we bawled our eyes out in Avengers: Endgame. So getting to actually meet Iron Man and see him in the flesh is something that we, along with plenty of other Iron Man fans, can’t wait to experience at this highly immersive new land.

Disney hasn’t yet shared any images publicly to give us a sneak peek of Iron Man’s new suit that will debut at the new Avengers headquarters, but as soon as we can, we will update Inside the Magic.

Book a trip to Avengers Campus this summer with Academy Travel so you can meet Earth’s Mightiest Heroes at California Adventure park!