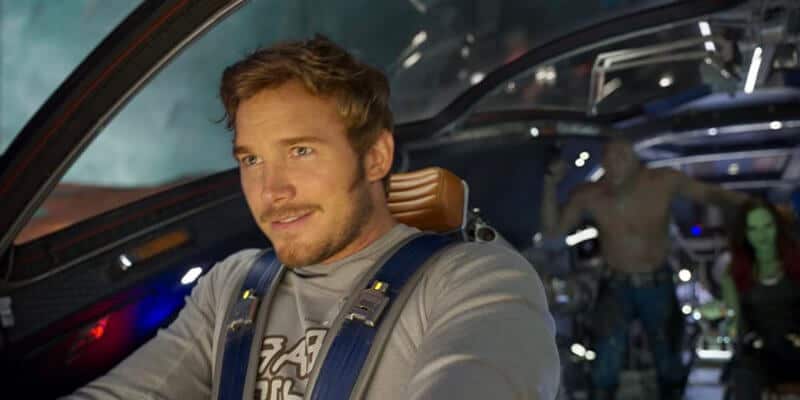 This week, Marvel made a pretty big announcement about one of their super heroes. Guardians of the Galaxy’s Peter Quill, also known as Star-Lord, is officially part of the LGBTQ+ community.

According to Yahoo! Entertainment, the latest Marvel comic book, Guardians of the Galaxy No. 9, revealed some pretty big news about the Star-Lord who Marvel fans know and love. The comic includes a story titled, “I Shall Make You a Star-Lord” that describes Peter Quill and his sexual orientation.

Related: Is Star-Lord the grandson of Captain America? This fan theory thinks so!

The story talks about Star-Lord’s background. The comic depicts him getting invited to spend time with two blue humanoids, Mors and Aradia, but Quill declines and explains how he needs to return to Gamora. However, the comic then shows Star-Lord twelve years later and he seems to have had a change of heart.

The story continues with Star-Lord at the House of Death and Rebirth. He embraces the humanoids, expressing, “You’re my home.” And to which Mors replies, “The you-that-was is over.” Star-Lord then adds, “Thanks for accepting me, guys.”  Essentially, Star-Lord is thanking them for accepting him as a bisexual and for accepting his love — a love that, according to the comic, lasts for more than 100 years.

Although this Marvel comic shares some insightful background information of Peter Quill, it is unknown if this will translate to the MCU’s Peter Quill, played by Chris Pratt. It’s not yet clear if any of the Marvel Cinematic Universe films to come will depict Quill as bisexual. But, with another Guardians of the Galaxy film in the works, anything is possible.

This is also not the first time we’ve heard of a member of the Marvel super hero lineup also being a member of the LGBTQ+ community. Thor: Ragnarok’s Valkyrie was confirmed to also be bisexual by actress Tessa Thompson, who originated the role.

Only time will tell if the MCU decides to bring more recent developments of the Star-Lord character in its future films. We will all just have to wait and see.

What do you think about Star-Lord’s new character development? Let us know in the comments!