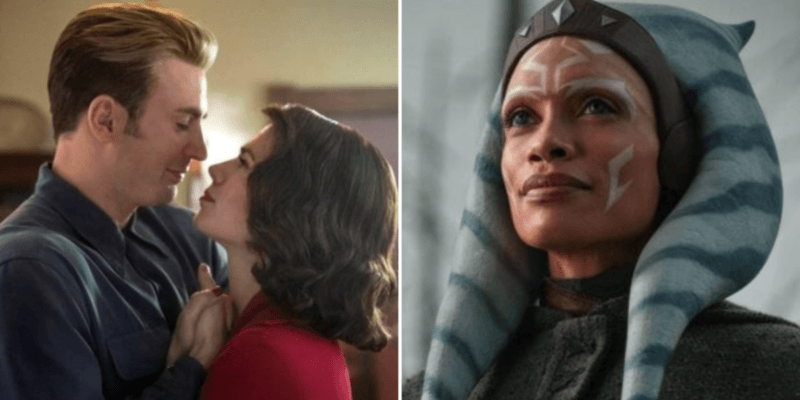 The Marvel Cinematic Universe and Star Wars are two of the biggest franchises on the planet. Kevin Feige launched his Marvel superhero empire back in 2008 with Jon Favreau’s Iron Man, while Star Wars soared into the box-office over 30 years earlier in 1977.

Since their beginnings, both of the entertainment powerhouses have continued to dominate the big and small screen. The MCU is rather new to the world of television, especially when looking in comparison to Lucasfilm’s record, and now, with Marvel Studios finally debuting their first MCU animated series, Feige may be tapping into a popular Star Wars method.

Marvel’s What If…? will debut on August 11. The date was shared along with the first trailer for the upcoming animated series. Following the same concept as its Marvel Comics namesake, What If…? reimagines beloved MCU characters in an alternate reality. Narrated by Jeffrey Wright’s Uatu (The Watcher), Marvel’s next series sees most of the MCU portfolio of actors returning to voice their animated counterparts. Although there are some notable exceptions like Robert Downey Jr. (Tony Stark / Iron Man), Chris Evans (Steve Rogers / Captain America), Tom Holland (Peter Parker / Spider-Man), Dave Bautista (Drax the Destroyer), and Brie Larson (Carol Danvers / Captain Marvel).

It was originally reported that Doctor Strange wouldn’t be voiced by Benedict Cumberbatch, but now Marvel has confirmed that the live-action Sorcerer Supreme will be lending his talents to What If…? The series also marks the final appearance of the late Chadwick Boseman as T’Challa AKA Black Panther, although here Boseman will be the new Star-Lord.

It wasn’t confirmed right away whether What If…? would be MCU canon, but Marvel has seemingly revealed that these stories do exist in the expanding canon of the Marvel Universe — despite the characters being alternate versions of how fans have seen them before.

With Loki establishing the rules of the Multiverse and the Sacred Timeline, it seems like What If…? could be a way for Marvel to introduce new characters that may later be established in live-action further down the line. In fact, it was rumored recently that Hayley Atwell’s Peggy Carter AKA Captain Carter in What If…? will make an appearance in Doctor Strange in the Multiverse of Madness (2022) next year. In addition to these early reports, What If…? Executive Producer Brad Winderbaum recently suggested that we may see more of the What If…? characters sometime in the future.

“We wanted each story to be able to be open and shut in that half an hour timeframe, but it’s hard not to imagine more chapters with some of these characters” […] “I hope that one day we do get to see more adventures in some of these alternate timelines.”

He goes on to add:

“All you have to do to prove that is look back at how many stories from the What If…? comics ended up in the main continuity of the comic universe,” […] “My prediction is a similar thing could happen on the cinematic side as well.”

It is interesting to see that Marvel already has hopes, if not plans, to establish some of these exciting new characters in the live-action world of the MCU. One other studio that has successfully introduced animated characters to the fandom before bringing them into a live-action setting is Star Wars.

Star Wars: The Clone Wars famously welcomed characters like Ahsoka Tano (Ashley Eckstein) into the galaxy, and we saw Ahsoka make her live-action debut last year in the second season of The Mandalorian. Not only did Ahsoka’s — played here by Rosario Dawson — arrival captivate fans, the story of Dave Filoni’s episode also revealed that Grand Admiral Thrawn and potentially Ezra Bridger were somehow going to appear in an upcoming Star Wars series. The latter characters starred in the animated Star Wars Rebels series.

Animation, at least through a Star Wars lens, is perfect to introduce audiences to new characters, new lore, and new stories. With Marvel’s What If…? aiming to showcase alternate versions of well-known superhero characters, there is a huge possibility that the MCU will follow in Star Wars‘ footsteps and utilize animation in a way to both expand on and springboard new characters into the live-action world.

What If…? also sees characters like Thor (Chris Hemsworth), Bucky Barners / Winter Soldier (Sebastian Stan), and Black Widow return in the alternate universe, although the latter will not be voiced by Scarlett Johansson.

Do you think What If…? characters will appear in future live-action installments of the Marvel Cinematic Universe? Let us know in the comments!