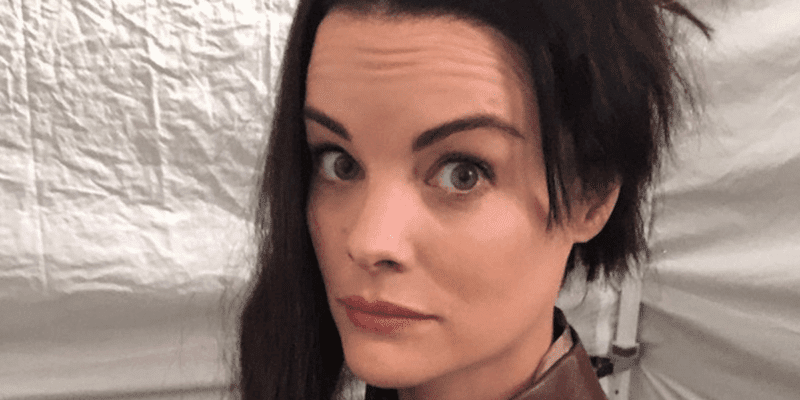 Loki episode 4 has shaken the internet to its very core. But beyond its shocking twists and revelations, it has finally returned a fan-favorite character to the Marvel Cinematic Universe and fans want her to stick around.

Minor Spoilers for Loki episode 4 below

Marvel’s Loki series head writer Michael Waldron teased fans with cameos. And this one definitely lived up to fan expectations – unlike the cameo Paul Bettany teased for the final episode of the WandaVision.

Lady Sif (Jaimie Alexander) showed up in “The Nexus Event” to repeatedly beat up Tom Hiddleston’s Loki for cutting her hair off. The trickster god and the variant Sylvie (Sophia Di Martino) have been recaptured by the Time Variance Authority (TVA).

And Owen Wilson’s character Mobius M. Mobius wants answers to put the final touches on his case, and he wants to punish the titular character. He cannot seem to let go of what the mercurial villain Loki was up to –  much to the chagrin of Judge Ravonna Renslayer (Gugu Mbatha-Raw). She wants nothing else to do with any variant of the God of Mischief.

Lady Sif’s appearance grants the wishes for many fans who were sad to see Alexander missing from Thor: Ragnarok (2018). She was filming her NBC original series Blindspot at the time and could not return. Sif’s absence was explained as her being banished from Asgard by Loki while he was pretending to be Odin (Anthony Hopkins).

Though it probably worked out well for Lady Sif since the Warriors Three – Fandral (Zachary Levi), Hogun (Tadanobu Asano), and Volstagg (Ray Stevenson) – were all unceremoniously killed by Hela (Cate Blanchett). But maybe she could see them again in an alternate timeline since the Marvel Studios’ Loki series is all about the Marvel Multiverse.

Lady Sif is a long-time love interest of Thor (Chris Hemsworth) from Marvel Comics. She has not had much to do in the Marvel Cinematic Universe so far. She debuted in Thor (2011) and reappeared in Thor: The Dark World (2013).

She was even missing from Avengers: Infinity War (2018) and Avengers: Endgame (2019). She definitely could have fit right in during the moment when the female Avengers took on Thanos (Josh Brolin). Thought it was revealed that she was among the many victims of Thanos’ snap.

And she’s finally back – though she isn’t looking her best in her appearance on the Loki series. The trickster god definitely earned his beating with what he did to her poor hair. Though maybe not as many times as Thor’s brother got it during the time loop in his “bad memory prison.”

But Marvel fans love her. Lady Sif even showed up in another Marvel television before she appeared in the Loki TV series. She is one of the few characters who showed up in Agents of SHIELD, which is no longer canon, but it is always fun to see the Asgardian warrior.

Jamie Alexander has said she is not down with Lady Sif, and it was previously leaked that she might return in Thor: Love and Thunder (May 6, 2022) alongside Thor (Chris Hemsworth) and Jane Foster (Natalie Portman).

Her cameo in Loki means Marvel Studios boss Kevin Feige has not forgotten about her, and it definitely signals she is coming back from more.

Fans have taken to Twitter to celebrate the return of one of the strongest female characters in the Marvel universe.

Ana says in all caps: “ITS BEEN A LONG TIME WE MISSED YOU”

Related: &’Doctor Strange In the Multiverse of Madness’ Release Date, Cast, and EVERYTHING You Need to Know

And Ana is not alone. Captain Asia added “Why is no one talking about LADY SIF! It is Lady Sif… Lady fricking Sif… Why is #ladysif not trending? This is atrocious”

Why is no one talking about LADY SIF! It is Lady Sif… Lady fricking Sif… Why is #ladysif not trending? This is atrocious pic.twitter.com/EjFzDtI5i5

And Theo Grey-Summers added that “For a moment there I thought they were gonna explain why LadySif wasn’t in ThorRagnarok.. Kinda disappointed, still great episode..

Now that the cat is out of the bag for her surprise appearance Jaime Alexander posted a behind the scenes photo to her Instagram account saying: “Asgard is not a place. It’s a people…” and one of them is a giant A-hole”

I don’t think Lady Sif sat out the battle for Asgard because the God of Mischief cut her hair. It’s a moment pulled directly from Norse Mythology. But in Marvel Comics, they have bigger issues than that. Like the time Thor’s brother took over the body that was meant for her to become Lady Loki.

It’s going to be a long wait for Lady Sif to return in Thor: Love and Thunder since Marvel fans can simply not get enough of the character.

How pumped were you to see Lady Sif finally come back to the MCU? Let us know in the comments below and check out new episodes of Loki, which stream every Wednesday on Disney+.