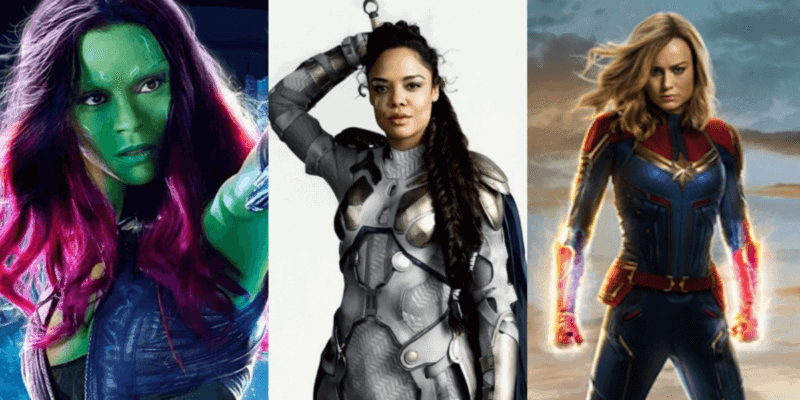 It’s every Marvel fan’s favorite holiday – National Superhero Day! And we here at Inside The Magic are joining in all the fun to celebrate the holiday created by Marvel back in 1995.

We’re taking a look at the most popular female superheroes of all time to figure out which ones earned the most for every dollar spent on their films. We’ve collected the top five here and guess what, they’re all Marvel characters.

Related: Is an All-Female Superhero Movie Coming From Marvel?

We got our information from FandomSpot, which looked at the top 25 world’s most popular female superheroes based on American comic books, the budgets of their films, and which character earned the most at the box office — all this. to uncover which female superhero offers the best return on investment (ROI)!

Coming in 5th place is Guardians of the Galaxy’s deadliest assassin. Played by Zoe Saldana, the daughter of Thanos (Josh Brolin) may have the highest body count on this list.

She may have died in Infinity War but all those time travel shenanigans in Endgame brought this powerhouse back to the Marvel Cinematic Universe. She’s expected to return when Guardians of the Galaxy Vol 3 hits theaters in 2023. Though she may make an appearance in Thor: Love and Thunder (2022).

Hope Pym (Evangeline Lilly) declared “It’s About Time” when she received her Wasp armor from her father Hank Pym (Michael Douglas) at the end of Ant-Man (2015). She went on to become the first female superhero in the MCU to title her own film in Ant-Man and the Wasp (2018).

She’s only gotten to dawn her Wasp twice so far and her films brought a gross of 2.9 billion, giving her a return of 560%. Hope will join Scott Lang (Paul Rudd) in Ant-Man 3, rumored to be titled Quantumania as early as February 2023.

Valkyrie (Tessa Thompson) rocked our world in Thor: Ragnarok (2018). She started off as a scrapper on Sakaar before joining Thor (Chris Hemsworth) and Hulk/ Bruce Banner (Mark Ruffalo) on the Revengers to save Asgard from Hela (Cate Blanchett).

Valkyrie was notably absent in Infinity War but by the end of Endgame, she was the Queen of Asgard. Her films have grossed 3.1 billion giving her a return of 581%. She’s returning in Love and Thunder and rumor has it she will find a queen to rule beside her on New Asgard.

Shuri (Letitia Wright) stole our hearts when Black Panther hit theaters in 2018. It didn’t take long for the bright, hilarious younger sister of T’Challa (Chadwick Boseman) to prove that the future of the MCU lies with younger characters like her. She is a strong female character unlike any other on this list.

She showed up back to back in Black Panther, Infinity War, and Endgame and her brilliant performances brought Marvel an astounding 5.3 billion dollars and a return of 606%. She will return in Black Panther 2 (July 2022) and Marvel boss Kevin Feige may be setting her to become the new Black Panther later on as Shuri was Black Panther in the comic books for a time.

Related: ‘Black Panther 2’ Going Forward Without ‘Glue That Held It Together’

Shocking absolutely no one, Carol Danvers/ Captain Marvel is not only one of the strongest Avengers, but has the highest return on investment. She debuted in Captain Marvel (2018) and teamed up with Nick Fury (Samuel L. Jackson) to stop the Kree from killing Skrull refugees. Her superhuman strength made her a formidable opponent against Thanos when she returned in Endgame.

Her two motion picture appearances grossed 3.4 billion dollars but since the budget for Captain Marvel was on the smaller side her return on investment was astounding 661%. Captain Marvel 2 is in the works and Carol will be joined by WandaVision’s Monica Rambeau (Teyonah Parris) and Ms. Marvel/ Kamala Khan (Iman Vellani).

Related: ‘Captain Marvel 2’ Set to Be a Mini-Avenger Movie!

The graphic below from FandomSpot gives a more detailed breakdown of the numbers. Female empowerment is more than just a gimmick at this point, female superhero films bring in the money. These female characters are a crucial part of the Marvel universe.

But, it doesn’t take a genius to see why Marvel Studios has been rumored to be developing an all-female-led film. The Marvel Comics team known as A-Force has been in consideration for some time, though nothing has been confirmed by the Kevin Feige-led studio at this time.

Let us known in the comments with your favorite female superhero you want to celebrate on National Superhero Day,