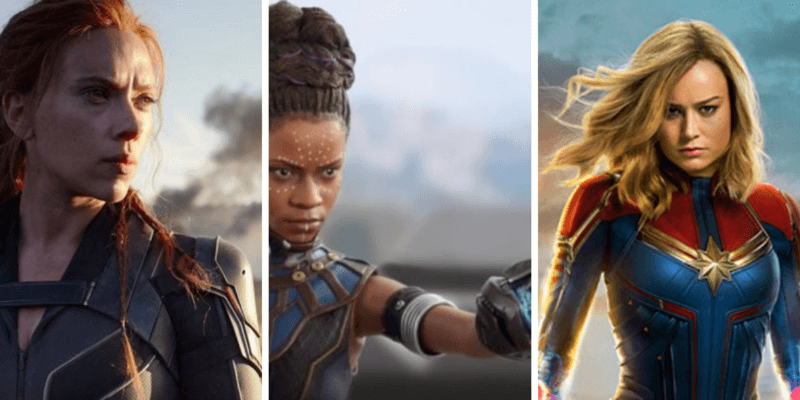 With such a strong cast of female characters in the Marvel superhero lineup, could we be getting an all-girl movie in the future? One Marvel star thinks so!

Letitia Wright, the brilliant actress who portrays Shuri in Black Panther, recently said in an interview that its “only a matter of time” in regards to an all-female Marvel movie.

“I don’t think we have to fight for it. [Marvel Studios Vice President of Production] Victoria Alonso is very strong about spearheading it, alongside Kevin [Feige]. It’s only a matter of time before they do it.”

We would love to see a female-led Marvel team kicking butt and taking names!

This is also not the first Marvel actress to speak up about the studio creating an all-female Avengers-style movie. In fact, we previously reported that Brie Larson who plays Captain Marvel said that she also thought this could be a possibility.

“I will say that a lot of the female cast members from Marvel walked up to [Marvel Chief Kevin Feige] and we were like, ‘We are in this together, we want to do this,’” said Larson. “What that means, I have no idea. You know, I’m not in charge of the future of Marvel, but it is something that we’re really passionate about and we love and I feel like if enough people out in the world talk about how much they want it, maybe it’ll happen.”

While Marvel has not said anything official about this all-girl movie concept, as fans we can only hope!

What do you think about a female lead cast for a Marvel Superhero movie? Let us know in the comments!

Subscribe to our newsletter below to keep up to date on all the latest Marvel news!

Comments Off on Is an All-Female Superhero Movie Coming From Marvel?