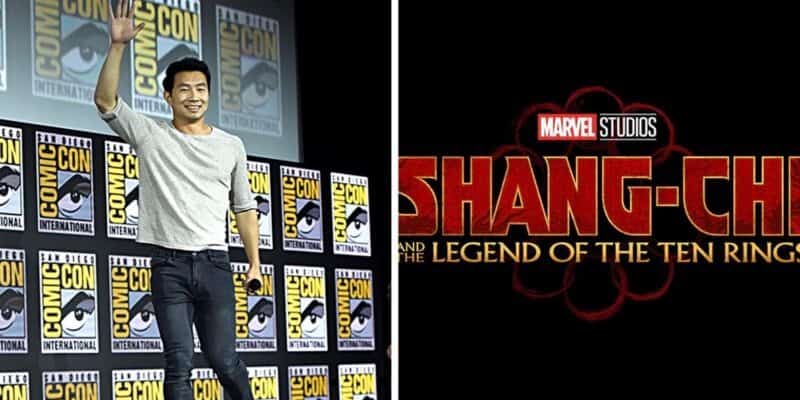 One of the newest upcoming Marvel films, Shang-Chi and the Legend of the Ten Rings has just wrapped filming and is already breaking barriers with the first Asian superhero!

As we reported earlier, Shang-Chi and the Legend of the Ten Rings just finished filming in San Francisco.

The Marvel film features actor Simu Liu as the lead of an all-Asian cast — something that has never been done by Marvel to date. In the Marvel Cinematic Universe, there is a good amount of diversity as the Marvel umbrella continues to expand. However, this will be the studios’ first Asian Superhero starring in an all Asian cast Marvel feature film!

In a recent Facebook post captured by Yahoo Entertainment, Simu Liu expressed how excited he is and how momentous this film will be. He had this to say:

“Nine months from now we will break records and make history as the first superhero movie to feature an ALL-ASIAN cast that kicks so much ass it’s not ever funny. Well- that’s a lie, actually, it’s quite funny too. For all of those who hated us because of the color of our skin, or been made to feel less than because of it; NO MORE. This is OUR movie, and it will be IMPOSSIBLE for Hollywood to ignore us after this.”

To be in such diverse and great company, it will be hard for any to ignore this cast or this film! President of Marvel Studios, Kevin Feige, is in support of more diversity for the Marvel Cinematic Universe. Feige even had this to say:

Shang-Chi and the Legend of the Ten Rings is currently slated for a July 9, 2021 theatrical release! Remember, however, that the movie theater industry is currently in-flux due to the coronavirus pandemic, so all current movie release dates are subject to change.

What do you think of Marvel introducing the first Asian superhero, Shang-Chi? Let us know in the comments!